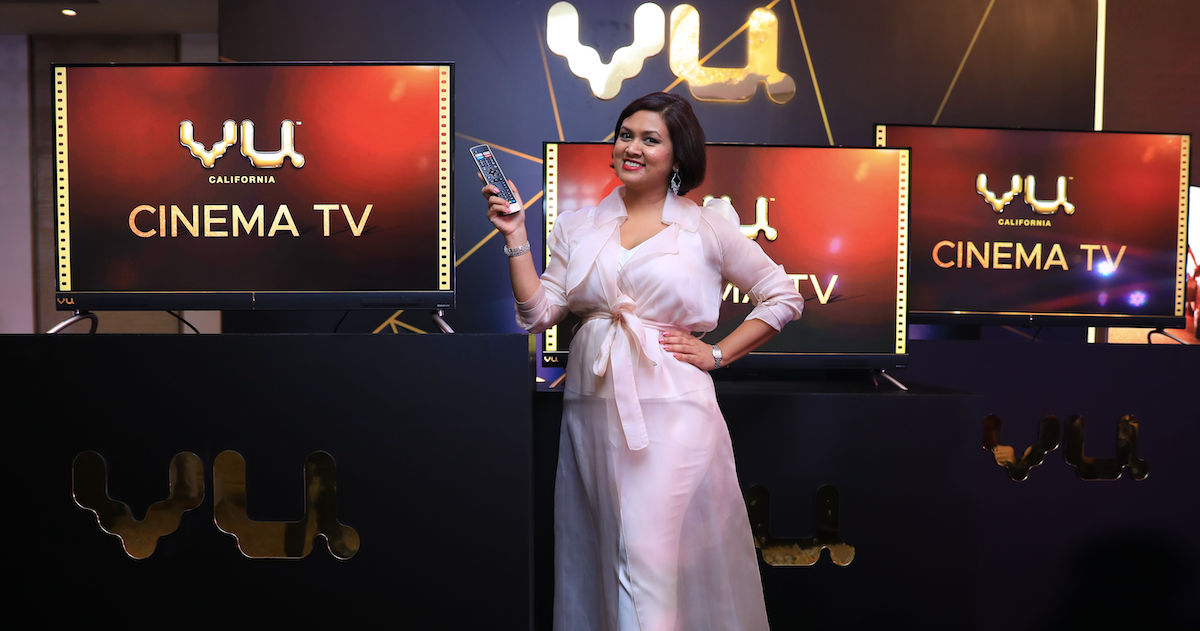 “The Vu Cinema TV range comes in 43-inch, 50-inch, and 55-inch screen sizes and features such as Dolby Vision HDR and Android 9 Pie”

Domestic television maker Vu has launched its new series called Vu Cinema TV in India. The lineup is available in three options – 43-inch, 50-inch, and 55-inch – all boasting of 4K resolution, Dolby Vision HDR, and Android 9 Pie OS. The Vu Cinema TV range also debuts with Vu’s Pixelium Glass Technology, which is said to enhance brightness up to 500 nits. Additionally, the TV has front-firing speakers, smart connectivity options, and support for apps and streaming services such as YouTube, Netflix, Amazon Prime Video, and Hotstar, among others.

The Vu Cinema TV range has been priced in India at Rs 26,999 for the 43-inch variant. The TV’s 50-inch and 55-inch model, meanwhile, comes with sticker prices of Rs 29,999 and Rs 33,999, respectively. The lineup will be up for grabs from January 18th across the country via Amazon.in and Vu’s authorised retail stores.

The Vu Cinema TV range is touted as India’s first TV for movie buffs and OTT content lovers. It comes with 4K (3,840 x 2,160 pixels) resolution screen with slim bezels and Dolby Vision HDR support for an enhanced experience. The TV series is powered by Android 9 Pie, which is assisted by ActiVoice remote with Google Assistant support. “The 5 hotkeys on voice remote gives easy access to premium content from partners like Netflix, Amazon Prime Video, YouTube, Hotstar, and Google Play,” the company said in a statement.

The Vu Cinema TV range delivers “theatrical” sound, thanks to the Dobly processing audio, 40W tweeter, and front soundbar. Speaking at the launch event, Devita Saraf Chairperson and CEO VU Technologies said, “Vu Televisions are the leaders in hardware and software innovation for TVs in India since 2006 and we have kept that promise with the launch of Vu Cinema TV. This television is specifically designed keeping in mind the viewing pattern of today’s millennials who prefers to watch content across OTT platforms. Consumers can save on expensive movie theatre tickets and get cinema-like picture quality on OTT content from the comfort of their home.“