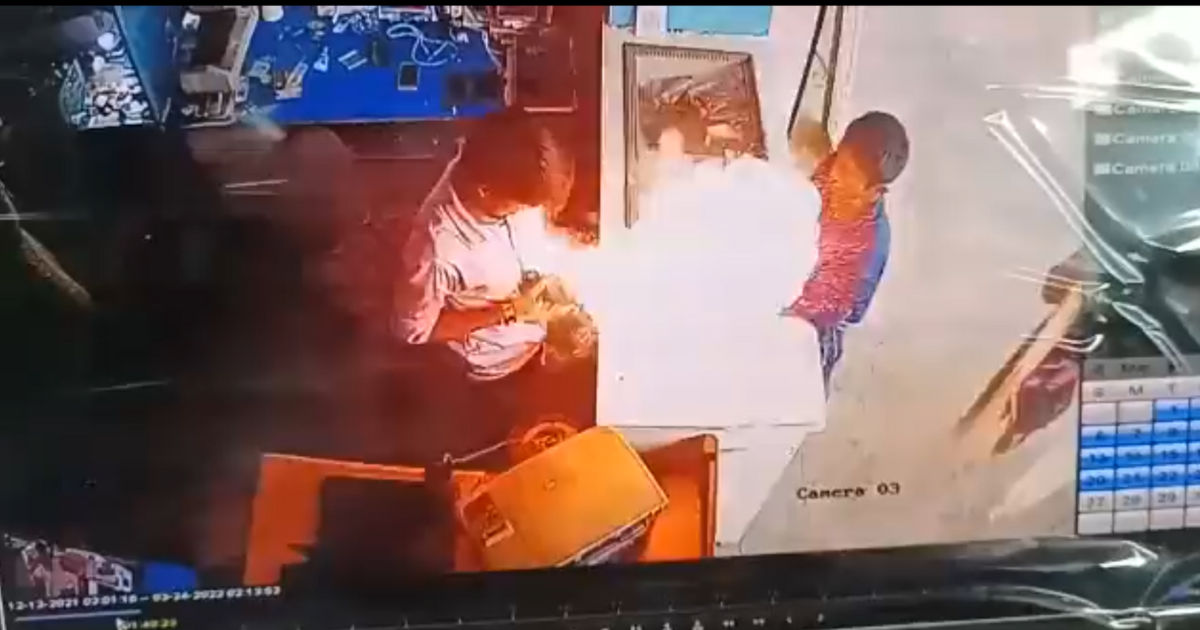 A bloated smartphone battery exploded in the hands of a repair shop’s worker on Wednesday, August 17th. The incident took place in Madhya Pradesh’s Balaghat district in a shop called Bunty Mobile Shop. In a short 15-second video viral on social media, we see a faulty smartphone explode in flames while the worker is repairing the handset.

The worker was chatting with the customer while working on the mobile. Suddenly, a blast occurred when the phone undergoes a checkup. The very next moment, flames start to come out from the device. The shopkeeper, to save himself, drops the phone on the counter and then throws the mobile out of the shop using his bare hands.

Which phone was it that exploded in the hands of the shopkeeper or which brand, for that matter, is still unknown at the moment.

Another OnePlus Nord 2 blast reported, smartphone exploded in user's hand during a call

In an interview, the shopkeeper says no harm was caused to him or the shop by this incident and then advised his customers to get their phones checked if they witnessed any kind of swelling in their phones.

“As I was trying to repair the phone, the battery exploded. I did not suffer any loss as I threw it out the moment it happened. As soon as you notice any bloating in your phone, please get it checked at a shop so that what happened with me may not happen to you,” said Bunty, the shop owner.

This won’t be the first time we saw a report of smartphone battery blasts, there have been several such reposts in the past.