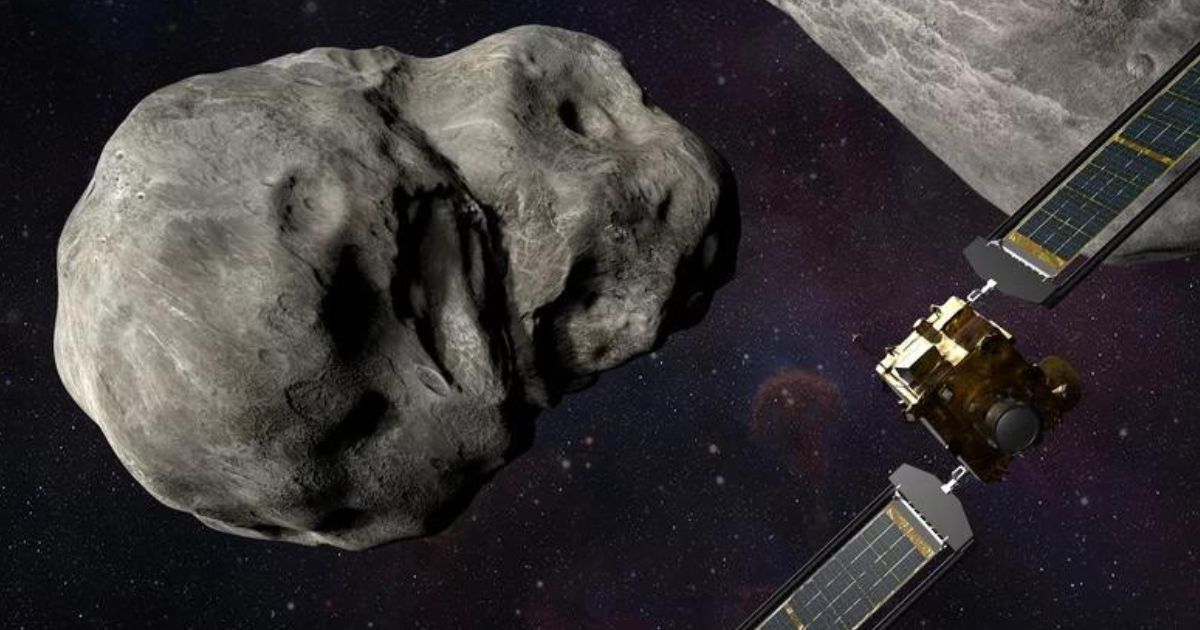 NASA historically slammed a spacecraft into a distant asteroid on September 26th night in an effort to possibly change the latter’s trajectory. This incident was a Double Asteroid Redirection Test (DART) to deflect the asteroid’s orbit, conducted to check the viability of crashing a spacecraft into an asteroid to change its course if the latter is headed towards the Earth any time in the future.

The 160-metre Dimorphous asteroid, orbiting around its elder sibling Didymous (780 meters), saw the DART spacecraft coming at it at a speed of 22,530 kilometres per hour. The spaceship involved was launched ten months ago from California on its pioneering mission.

Viewers on Earth witnessed the surface of Didymous right before the spaceship cruised toward the Dimorphous. Seconds post impact, the screen went red, indicating a loss of signal, implying that the DART spacecraft had successfully hit its target. Telescopes worldwide are in the process of checking how much the impact has changed Dimorphous’ course.

IMPACT SUCCESS! Watch from #DARTMIssion‘s DRACO Camera, as the vending machine-sized spacecraft successfully collides with asteroid Dimorphos, which is the size of a football stadium and poses no threat to Earth. pic.twitter.com/7bXipPkjWD

For those wondering: No, neither Dimorphous nor Didymous asteroids were a threat to life on Earth. In fact, no known asteroids currently pose a threat to our planet. This $300 million (more than 24 thousand crore) test was a trial to see if humanity stands a chance against an asteroid if someday it heads toward our planet.

Results of the DART mission

The test results of how much the mission shifted Dimorphous’ orbit will likely take a few months before they are out. However, we can expect some images and data from sources across the globe to surface online shortly. Some might also wonder if this hit could cause any potential damage to Earth as an after-effect.

While we wait for the full results of the mission, the European Space Agency has maintained a risk list, which includes objects that could pose a risk to the planet. As of September 27th, there are 1,421 objects on the list. Each object on the list has a less than 1 percent chance of impacting our planet on the Torino Scale. These things are far from Earth and would burn up in our atmosphere before posing a threat to anything on the ground.