91mobiles.com
Home Feature WeTransfer not working in India: what is it, why is it blocked,...
Highlights 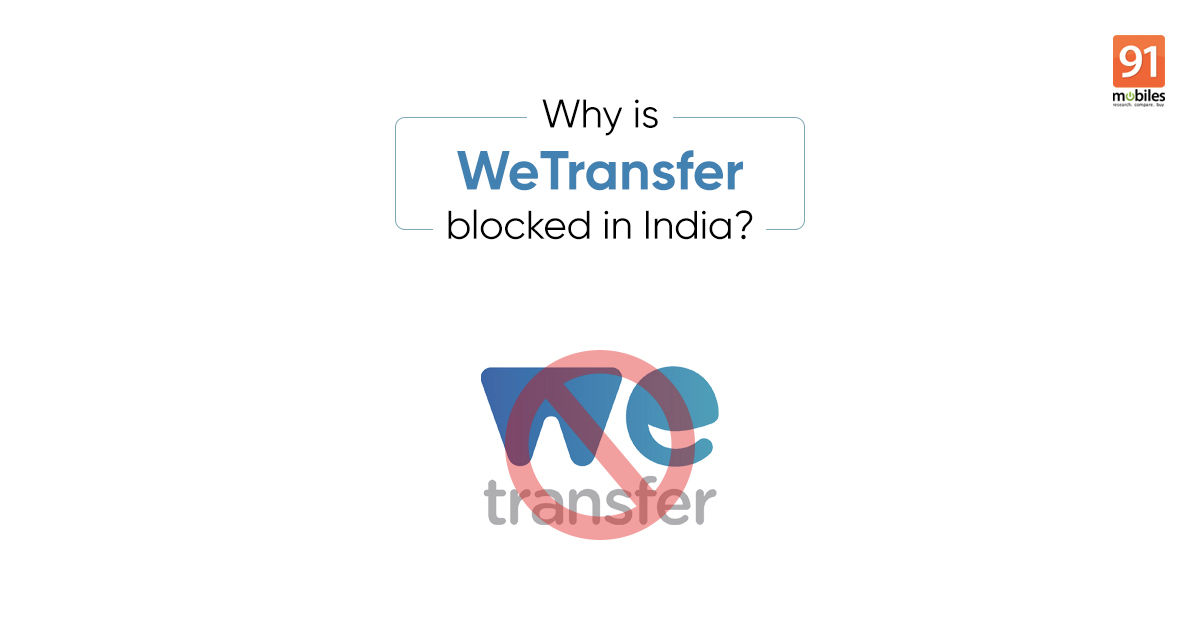 Over the past few days, some people in India have complained that WeTransfer is not working for them. The popular file-sharing service allows you to share files up to 2GB for free. After several user reports, it has been revealed that WeTransfer has been blocked in India by a few Internet service providers (ISPs). This due to a directive by the Department of Telecommunications (DoT) to ISPs to ban three specific URLs associated to WeTransfer, Mumbai Mirror reported earlier this week. Here’s a quick look of what you need to know about WeTransfer, why the service is blocked in India and some alternatives that you can use in the meantime.

WeTransfer is a Netherlands-based file-sharing app used by over 50 million of people across the world. Over a billion files are shared via the platform every month. The success of WeTransfer has been attributed to its ability to send large files up to 2GB to anyone for free and without requiring an account. You can also do this via the website and do not need to download an app for it.

Why is WeTransfer blocked in India?

WeTransfer has reportedly been blocked in India citing security issues, although the specifics of this issue has not been revealed. In an order sent to ISPs, DoT stated WeTransfer, and two other links on the websites were banned in India on the grounds of ‘national security’ and ‘public interest’, as per a report by Mumbai Mirror. As of writing this story, we found that WeTransfer is not working on Jio and Vodafone networks. The website seems to be working just fine on Airtel, while loading time on Idea is slow.

What are some WeTransfer alternatives?

Google Drive and Dropbox are among the popular alternatives you can have for WeTransfer. Google Drive and Dropbox both are could-storage services and can be used to share large files among your group. The platforms offer up to 15GB of free storage and ability to upload files, audio, videos, and more. You need to have an account to access both services.

Apart from this, you can rely on Smash, which is almost identical to WeTransfer. The service doesn’t require an account to upload and share files. Smash is said to have unlimited file transfers with no size limit. You can also generate a link of the shared file and send it across. The files you upload stay on the platform for up to 14 days.