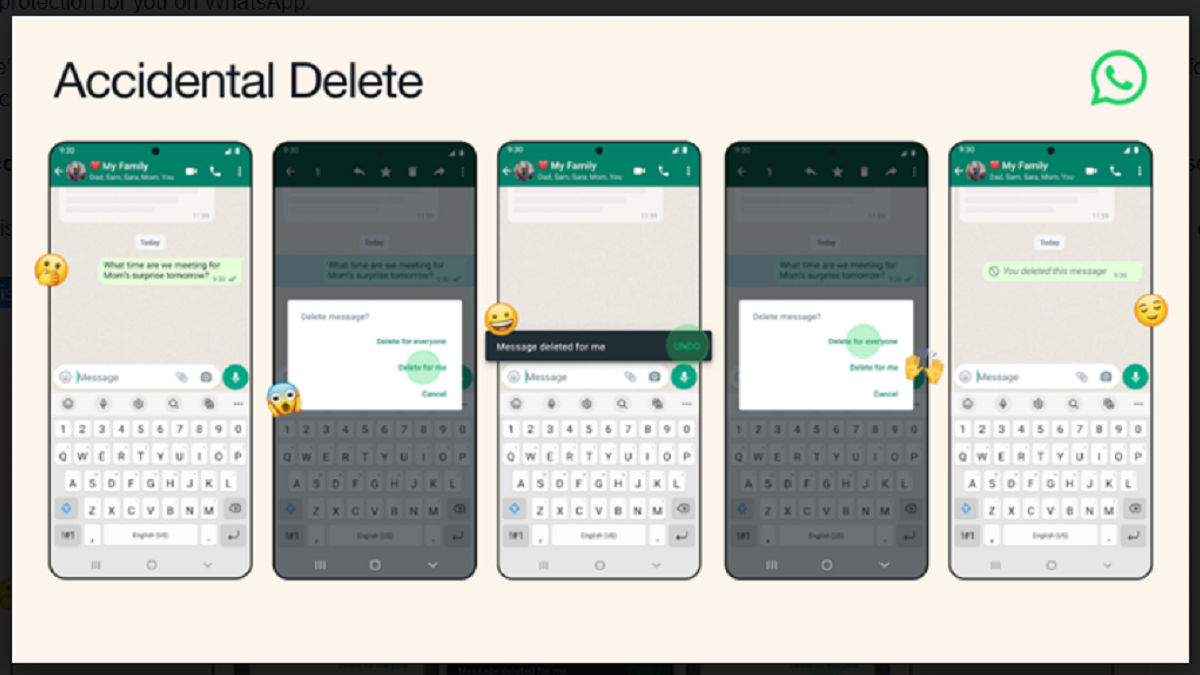 WhatsApp has just released a new feature that enables users to undo the action of tapping “Delete for myself” instead of “Delete for Everyone” when they are trying to delete a message for everyone. The company claims that everyone has experienced the awkward circumstance of unintentionally selecting “Delete for Me” rather than “Delete for Everyone” while sending a message to the wrong individual or group. And now, WhatsApp has added a new layer of protection to save users from such kind of embarrassment.

We've all been there, but now you can UNDO when you accidentally delete a message for you that you meant to delete for everyone! pic.twitter.com/wWgJ3JRc2r

‘Accidental Delete’ feature on WhatsApp: How does it work?

Users will benefit from the Accidental delete function since it will give them a five-second window in which they can undo the delete of an accidentally deleted message and then click the ‘Delete for Everyone’ button. This feature is now available to all Android and iPhone users.

The “Delete for Everyone” option was added to the platform in 2017 to allow users to recall a message for all participants in a chat. The function was developed to address the problem of accidentally transmitting messages in individual and group conversations.

Although the option could only be used for a maximum of seven minutes when it was first introduced, WhatsApp increased the maximum amount of time it could be used in August of this year to two days and twelve hours.

The platform is reportedly working to roll out several new features, including the picture-in-picture (PiP) mode for video calls on Apple iPhone. The platform is now testing a picture-in-picture (PiP) mode for video chats made through its iOS app. Users would be able to utilise other apps while still participating in video calls as a result of the change.