WhatsApp for Android is getting a new 2.19.177 beta update that finally brings PiP (picture-in-picture) mode, as spotted by noted WhatsApp tracker WABetaInfo. This would enable users to watch shared videos from services like YouTube in a small pop-up floating window even if they exit the app. It also lets them use PiP mode to watch videos while jumping between chats; in its current state, WhatsApp only allows you to move the PiP video within the chat that shared the video but stops playing once you move out of it. 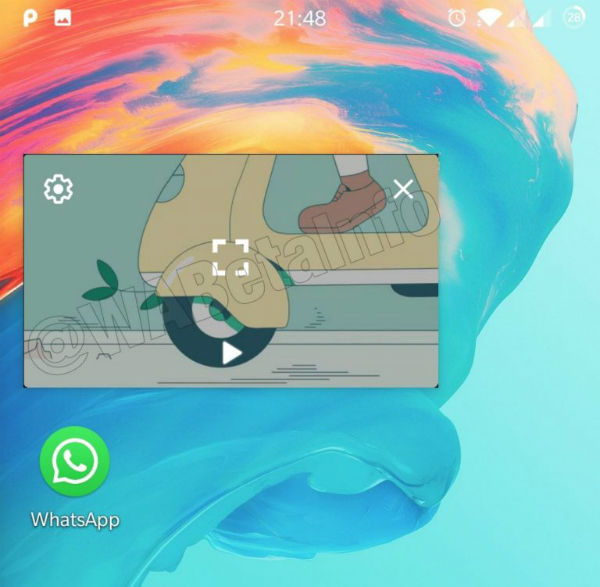 This is a nifty little feature to have that allows users to perform other tasks while they watch the video in the background. However, these features are only available if the latest beta update is installed. Since it is currently in the beta testing stage, the stable rollout might take at least a few weeks.

Separately, after the recent 2.19.173 beta update, WhatsApp will now display the name of the recipient under the ‘write caption’ section whenever sharing media with contacts. This move is to ensure that one doesn’t share media with the wrong contacts accidentally. Prior to this change, WhatsApp used to display only the contact photo on the top left corner when sharing media. The feature is said to be available for both images shared with individuals as well as in group chats. Both these new features should be rolling out to everyone soon.