WhatsApp is working on a feature that will allow users to transfer chats to a new number or a different platform. This will be available in a future update, according to WABetaInfo, who discovered the feature in the latest beta release. Previously, WhatsApp didn’t allow users to transfer their chat history between iOS and Android. That’s about to change soon though, as the feature will be available on both iOS and Android. The update will also let users move the chats to a new number.

As per WABetaInfo, WhatsApp is working on a chat migration feature that will make it easy for users to switch between platforms or to a new phone number. Currently, WhatsApp doesn’t allow users to restore chat history if moving from an iPhone to an Android phone, or vice versa. You cannot restore your chat history from iCloud on WhatsApp for Android, and you cannot do the same using Google Drive on WhatsApp for iOS. This issue will be fixed in an upcoming update, and we’ve also got some screenshots to see how the feature would look. 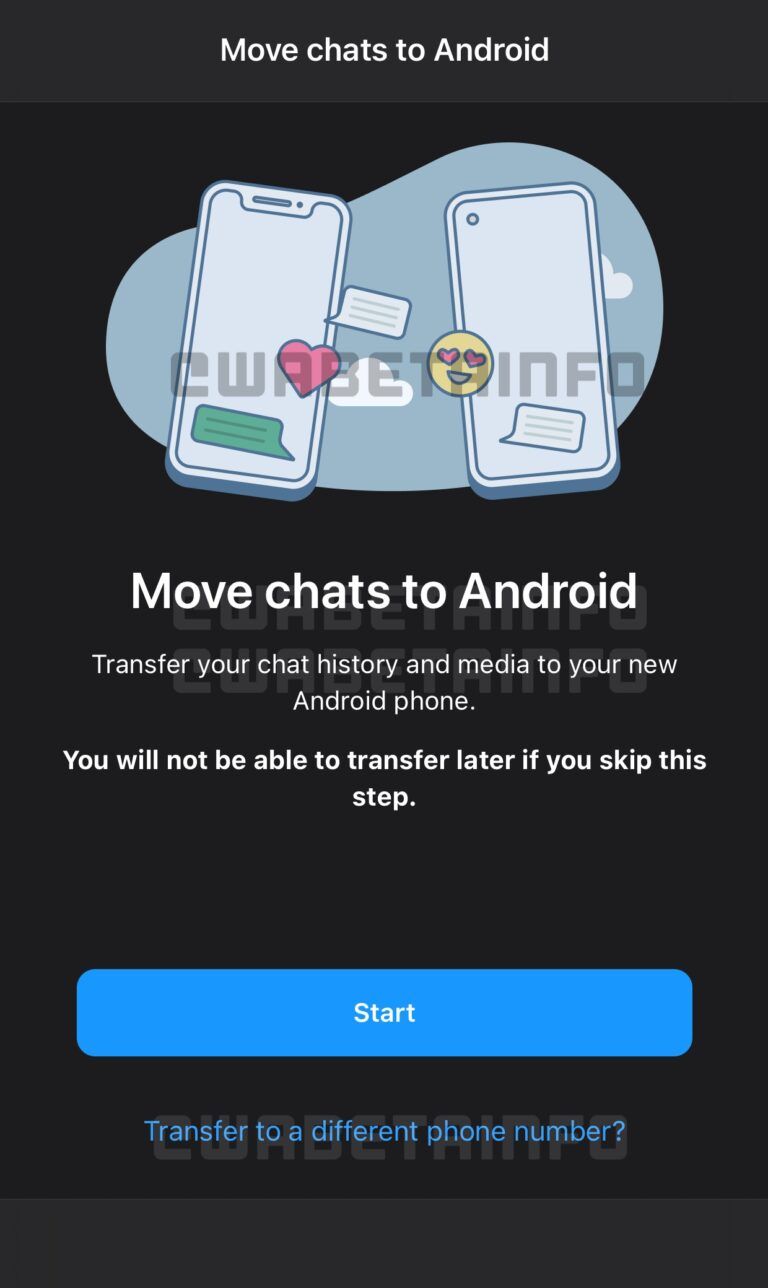 The screenshot shows WhatsApp chat migration from iOS to Android, but the other way is also possible. However, the feature will only be available after you link a new Android phone to WhatsApp. This is when the option will be shown on WhatsApp for iOS. Along with the chats, all your media will also be moved to the new device. 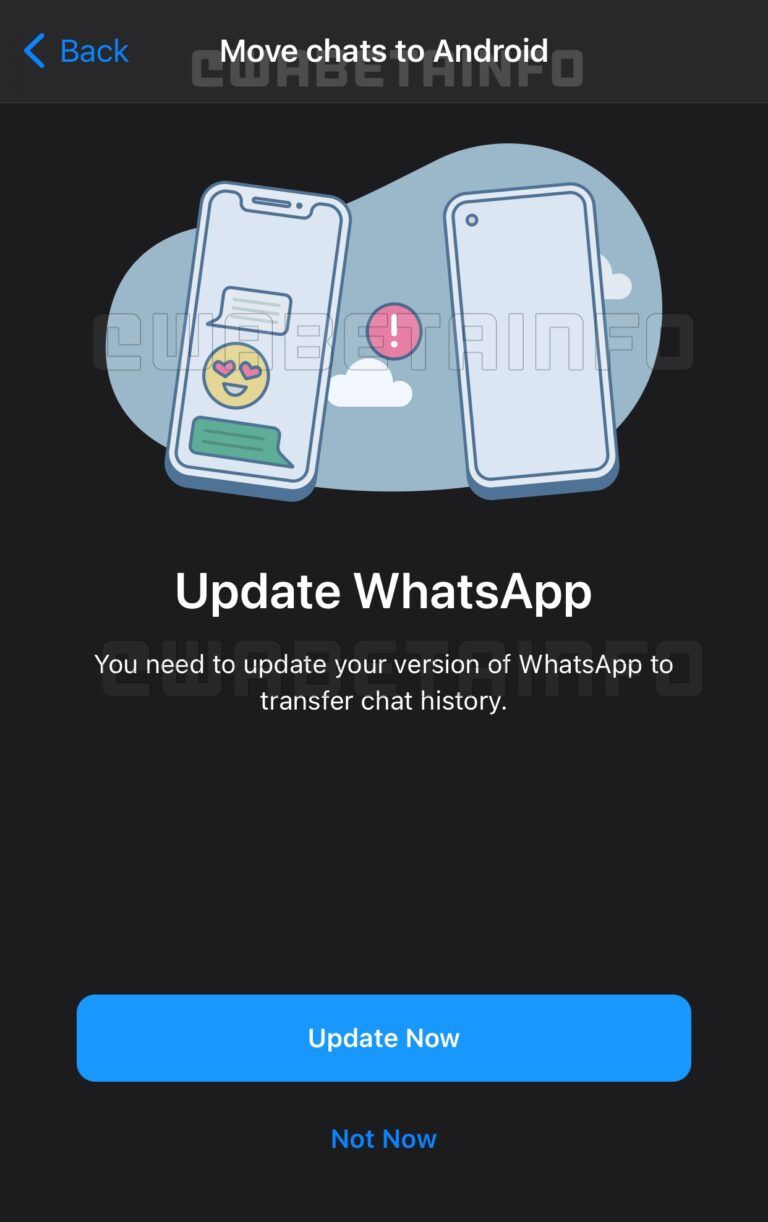 The update will also let users transfer chat history to another phone number. For example, if you were to change your number, then you can simply move the chat and not worry about losing anything. This will work when changing both the device and phone number. The process to change phone numbers will automatically start before the chat migration. We have no idea when WhatsApp would bring this feature to the public users, but rest assured, it’s coming.