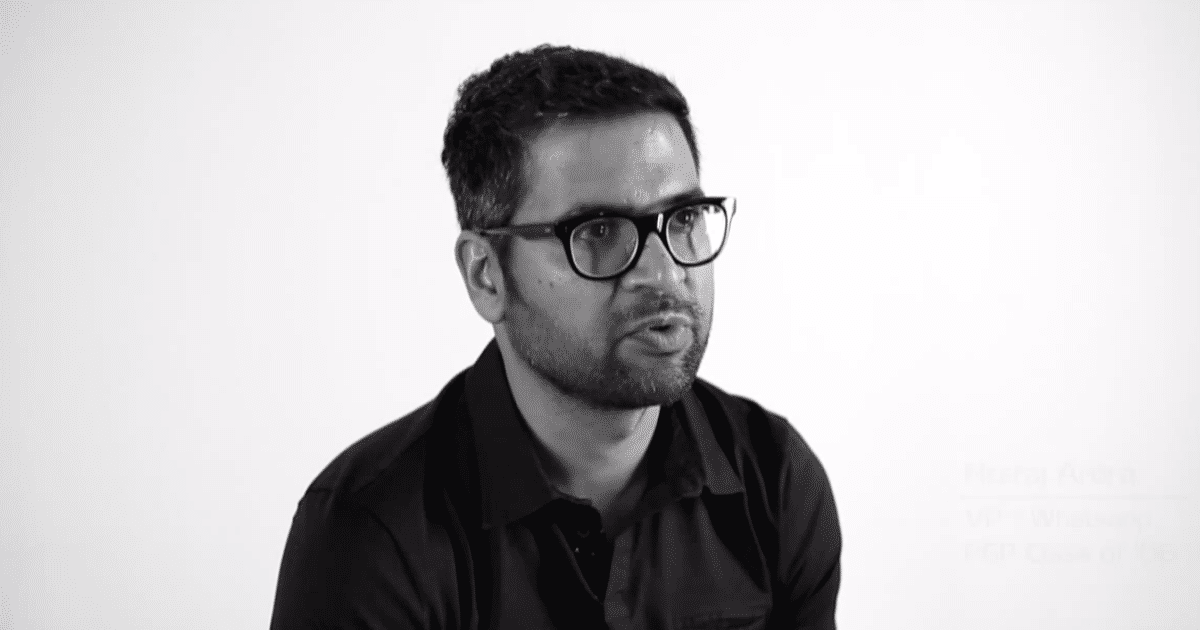 WhatsApp’s Chief Business Officer Neeraj Arora has quit the Facebook owned messaging app after serving in it for seven years running. He announced his departure through a thank you note on Facebook today, where he showered praises on WhatsApp founders Jan Koum and Brian Acton and referred to his journey as “one hell of a ride”. An Indian School of Business (ISB) alumnus, Neeraj Arora was enlisted by WhatsApp in 2011 and later moved on to Facebook when the company was acquired by Mark Zuckerberg in 2014.

With this development, Arora has become part of the famed group of Facebook executives who have quit the Zuckerberg owned conglomerate during the past year. To recall, Instagram (another Facebook owned platform) founders Kevin Systrom and Mike Krieger, who were also its CEO and CTO at the time quit the company in September. Although no official statement against Facebook was made, speculations were rife that the resignation was a result of the on-going privacy scandal and creative differences with Zuckerberg.

Even WhatsApp co-founder Brian Acton had resigned from the company in September last year, while Jan Koum left this year in May. Unlike Systrom and Krieger, Koum was very vocal about his clashes with Mark Zuckerberg and Sheryl Sandberg.

Time flies for sure but not memories. It is hard to believe that it has been seven years since Jan and Brian got me onboard at WhatsApp, and it has been one hell of a ride!

I’ve been blessed to work with a small set of talented people and see how maniacal focus can create something magical which is loved by billions of people. It is time to move on, but I cannot be more proud of how WhatsApp continues to touch people in so many different ways every day. I am confident that WhatsApp will continue to be the simple, secure & trusted communication product for years to come.