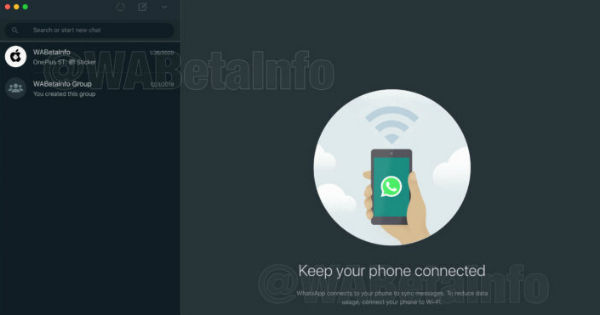 “It’s possible the WhatsApp dark theme for Android, iOS, desktop, and the web could be rolled out around the same timeframe”

WhatsApp beta for Android and iOS had recently gained support for the dark theme. Though WhatsApp Web had support for dark theme through plugins, the native support is not available yet. Now, it looks like the social media giant is working on bringing the dark theme to Web and Desktop, as discovered by a Twitter user Mahesh B Wijerathna. However, it isn’t available yet and is currently under development. The background colour for emojis is white and isn’t transparent, but the sticker tab is in-line with the theme.

However, there’s no clarity on whether there would be a toggle to enable/disable dark theme on the web or when it would be made available for everyone. It’s possible the dark theme for Android, iOS, desktop, and the web could be rolled out around the same timeframe. We should know more details in the next couple of weeks.

Separately, WhatsApp group chat invite links were reportedly indexed by Google, which allowed anyone with access to join those groups. Though Google had re-indexed and modified the links, they were accessible by searching site:chat.whatsapp.com. Motherboard report claimed that they were able to enter numerous private groups, including the UK, accredited NGO group and got hold of their contact details. The issue was reported to Facebook back in November, but the company turned it down, saying that it was an intentional product decision.