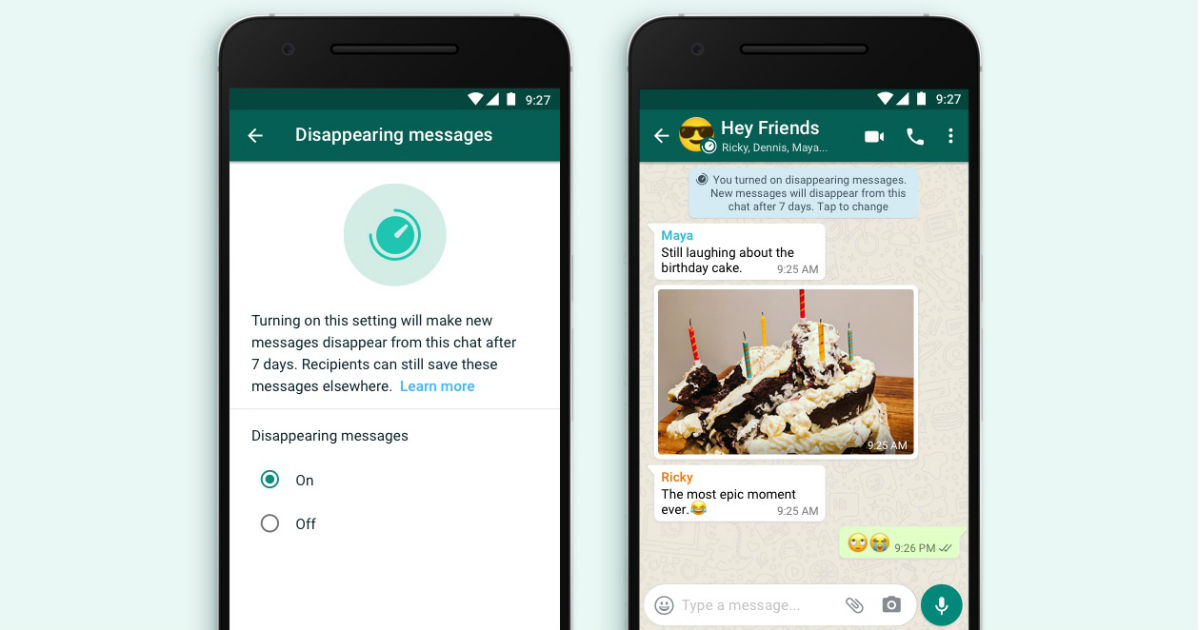 WhatsApp has finally introduced the disappearing messages feature, which is already available on most chat applications, including Telegram and Signal. The new feature will be rolling out to everyone via a stable update this month and will allow users to make messages disappear from a chat after seven days (when enabled in one-to-one chat). In group conversations, only the admin will have the option to make messages disappear. However, the recipients can still save the messages elsewhere, for example in the form of text or screenshots. WhatsApp disappearing messages will be available across Android, iOS, and KaiOS devices.

How to turn on WhatsApp disappearing messages

Once the disappearing messages option is enabled for a contact, WhatsApp says the new messages will disappear in seven days, which should mean that all new messages will disappear. This won’t affect the messages that you have previously sent or received in the chat. Interestingly, if a user doesn’t open WhatsApp in the seven day period, the message will still disappear. However, the preview of the message might still be displayed in notifications until WhatsApp is opened (even if that happens after 7 days). When you reply to a disappearing message, the quoted text will remain in the chat even after seven days.