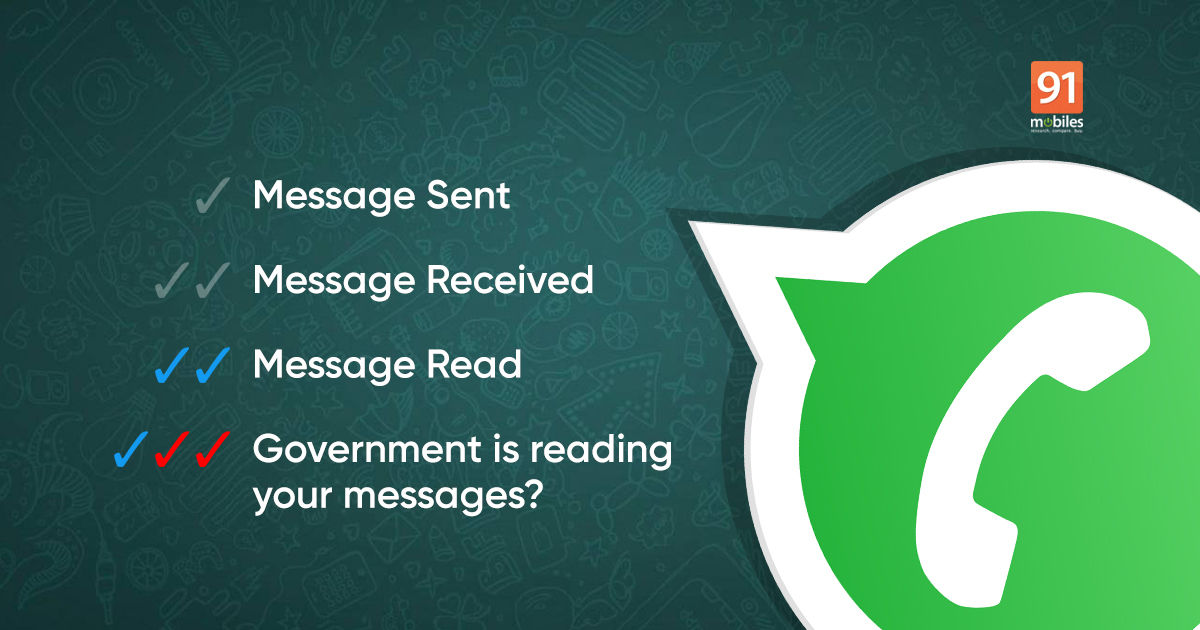 Over the years, WhatsApp has been host to a plethora of forwarded viral messages. While some of them are harmless, others peddle dangerous misinformation. The worst part is, some of these forwards look legitimate to the untrained eye and there are many who would believe them and forward them further. A new message that has been doing the rounds on WhatsApp claims that the Indian Government has started a large-scale surveillance program against all Indian netizens under the ‘new communications’ rule. This spawned shortly after WhatsApp sued the Indian government over its draconian privacy laws. Do note that the contents of this message are fake and that there is no such program in place.

The viral WhatsApp message is fake, don’t fall for it

The above forward appears to be a modified version of a message that spawned last year. Both insinuated that the government of India is actively monitoring the internet activity of every user, including personal WhatsApp chats, Facebook, and Twitter. It adds that any content found to be ‘critical of the government’ will be flagged for review. It even says that WhatsApp will add an extra ‘tick’ for ‘problematic’ messages. Three red ticks mean that the government has initiated legal action against you. The last part should be enough to set off alarm bells if the previous parts haven’t already.

While all of this may seem plausible in a 1984-esque dystopia, the reality is far from it. Constantly monitoring the internet activity of millions of people is a logistical nightmare. Furthermore, services such as WhatsApp use end-to-end encryption, meaning that only you and the recipient can read the messages, to begin with. The Indian government has been trying to get WhatsApp to weaken said encryption, which is a part of the reason why the two are duking it out in court.