91mobiles.com
Home News WhatsApp will not let you share videos longer than 15 seconds as... 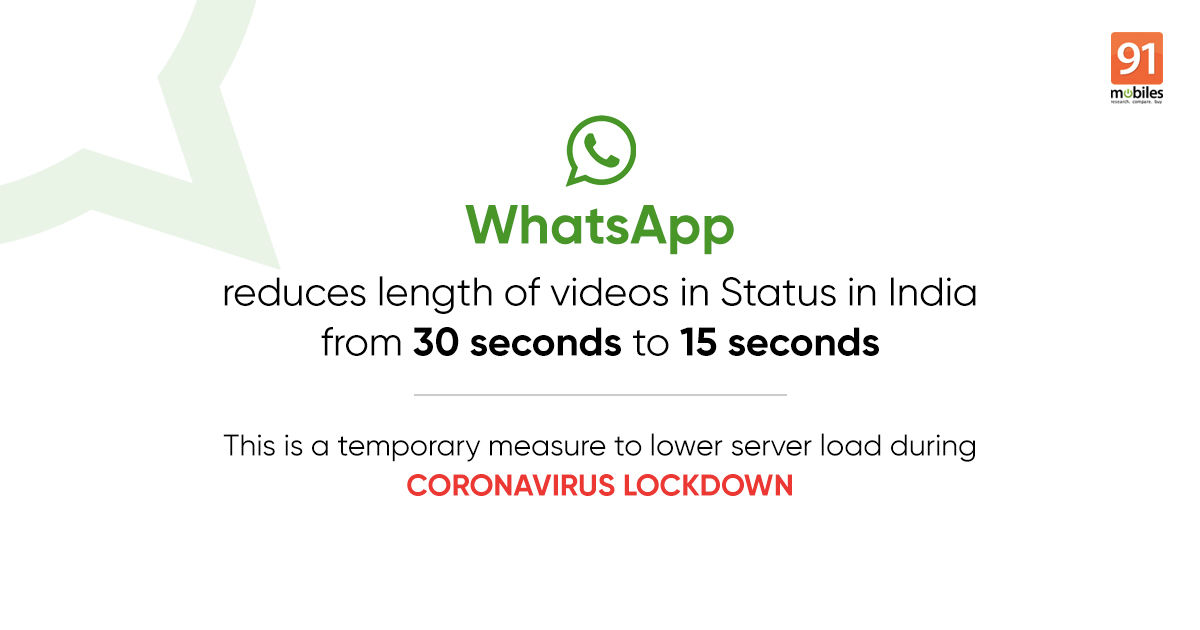 “The 15-second WhatsApp Status video limit has not been officially announced, but it is already being noted by many users in India”

Facebook-owned WhatsApp has had the Status feature for a few years now, which allows users to post videos that vanish after 24 hours. It appears the messaging services is now limiting video uploads as Status to just 15 seconds in India. This is likely due to the coronavirus lockdown in the country that is causing a network congestion. By reducing the WhatsApp Status video limit to 15 seconds, it could ease up load on WhatsApp servers. Other internet platforms like Netflix, YouTube and others have also reduced the bitrate and resolution on their platforms to ease network congestion. The 15-second WhatsApp Status video limit has not been officially announced, but it is already being noted by many users in India.

This restriction in the time limit for putting out a WhatsApp Status has been placed only in India. The reason is to reduce the load on the server since a lot of people have started sharing videos. We also tried to post a WhatsApp Status beyond 15 seconds and found that it could not be done. This happens to be a server-side change that is being rolled out incrementally to users who are on the stable version of WhatsApp and beta users should also see the changes soon. The move appears to be temporary as of now and it can be expected to be reverted back to normal once the lockdown period has ended i.e after April 14th. 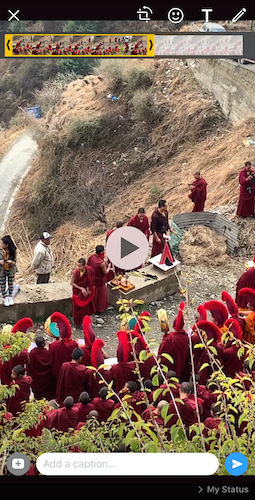 When you try to upload a video on WhatsApp Status now, you will only be able to use a 15-second clip of the video. You’ll see a message that says the first 15 seconds of the video can be used, but you will be allowed to drag the seek box to select any particular 15-second portion of the video that you want to use.

Services such as Netflix, Amazon Prime, YouTube, Hotstar and more have already reduced the quality of default streaming from HD (720p, 1080p, 2K and 4K) to SD (480p). Some of these platforms allow you to manually change the resolution to HD, while others like YouTube have limited max video quality to 480p on Android and iOS.