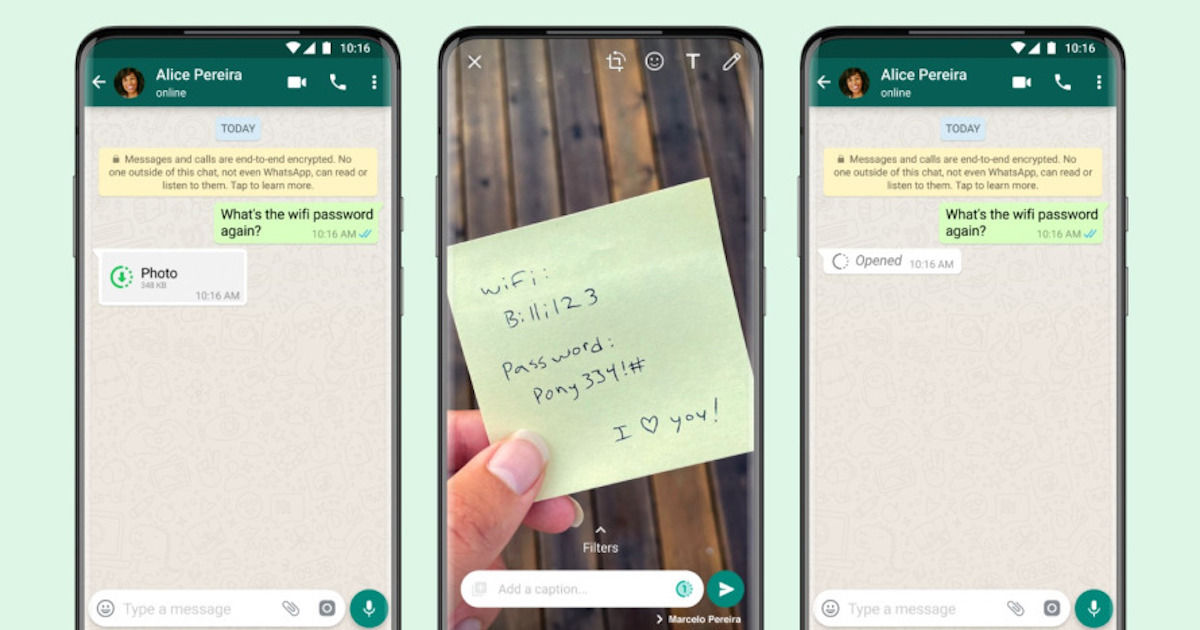 WhatsApp is rolling out a new disappearing photo and video feature, where users can send ‘View Once’ photos and videos, and the recipient will be able to see it only once. The feature was being tested in beta back in June and is now being rolled out to everyone. The feature is similar to the one on Instagram. After the recipient taps the ‘photo’ or ‘video’ to see them, it won’t be viewable again. However, the recipient can take screenshots or use screen records while opening the photo or video, which should allow them to view it again. WhatsApp doesn’t notify the sender that a screenshot has been taken or the screen was recorded. The company recommends that users only send disappearing photos/videos only to trusted contacts.

WhatsApp ‘View Once’ feature initially started rolling out to iPhone with app version V2.21.150 in India. However, Android users have also started seeing the feature soon after.

How to send disappearing photos/videos

The media content send through ‘view once’ will not be saved in the recipient’s photos or gallery apps and they can’t be forwarded to other contacts as well. The photos and videos sent through the feature will expire from the chat if they aren’t opened within 14 days. WhatsApp ‘view once’ media isn’t visible to the company as the messages are end-to-end encrypted.

WhatsApp says that ‘View Once’ features can be useful for sharing something sensitive like Wi-Fi passwords that users don’t want to be stored on the recipient’s phone. The feature is being rolled out to everyone and requires that users have the latest version of the app installed on the phone. Additionally, the WhatsApp update for iPhone brings a new style of in-app message notifications that removes the clutter and puts more focus on the message content. Users can download the latest version of WhatsApp through Google Play Store and Apple App Store.