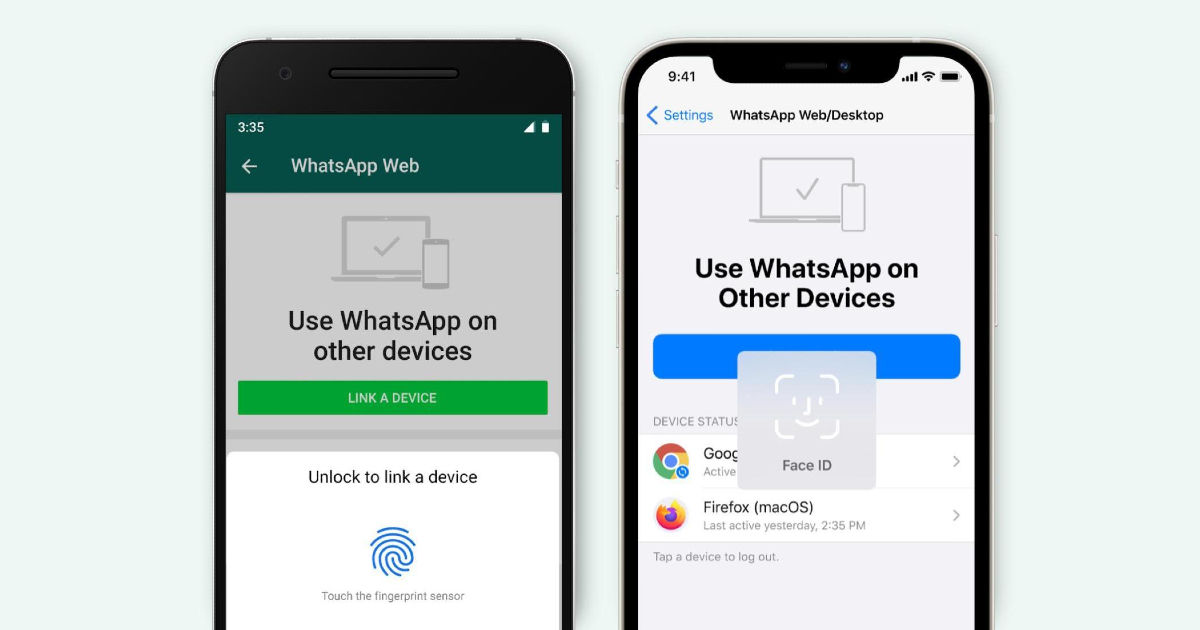 WhatsApp has rolled out a new security feature for WhatsApp Web and Desktop. The company has added face and fingerprint unlock when linking devices to prevent unauthorized access. Users will now have to verify their identity via their phone’s biometric authentication method such as facial recognition or fingerprint before being presented the option to open a new instance of WhatsApp on a desktop/laptop. Before this change, one was taken straight to the QR code scanner that allowed WhatsApp to be run via a browser/client. The feature is now available to both Android and iOS versions of the messaging platform. WhatsApp has also clarified that the authentication is done on-device and that it does not have access to your face or fingerprint data.

Today we’re starting to roll out a new security feature for WhatsApp Web and Desktop: face and fingerprint unlock when linking devices.

WhatsApp does not see your face or fingerprint data.

How to log in to WhatsApp Web or WhatsApp Desktop

Following the new update, here’s how you can log in to WhatsApp Web/Desktop:

WhatsApp says that the new biometric feature allows users to secure their chats further by adding an extra layer of security. Someone with access to your phone could, until now, theoretically run a hidden instance of WhatsApp on their devices by covertly adding an unknown desktop/browser client to a list of authorized devices. However, some older phones that do not come with biometric authentication of any sort will still remain susceptible to said vulnerability.

However, one key WhatsApp feature that is yet to make its way to the desktop client is the ability to make audio and video calls. The functionality has existed in the beta channel of the app for quite some tie and it is unclear as to why it isn’t rolling out widely. Competitors such as Telegram have let users make audio and video calls from its desktop clients for quite some time now. Given the recent exodus to Signal and Telegram, WhatsApp would do well to keep its platform on spec with its objectively more feature-rich rivals.