91mobiles.com
Home Feature Where is iPhone 14 cheapest to buy in the world?
Highlights 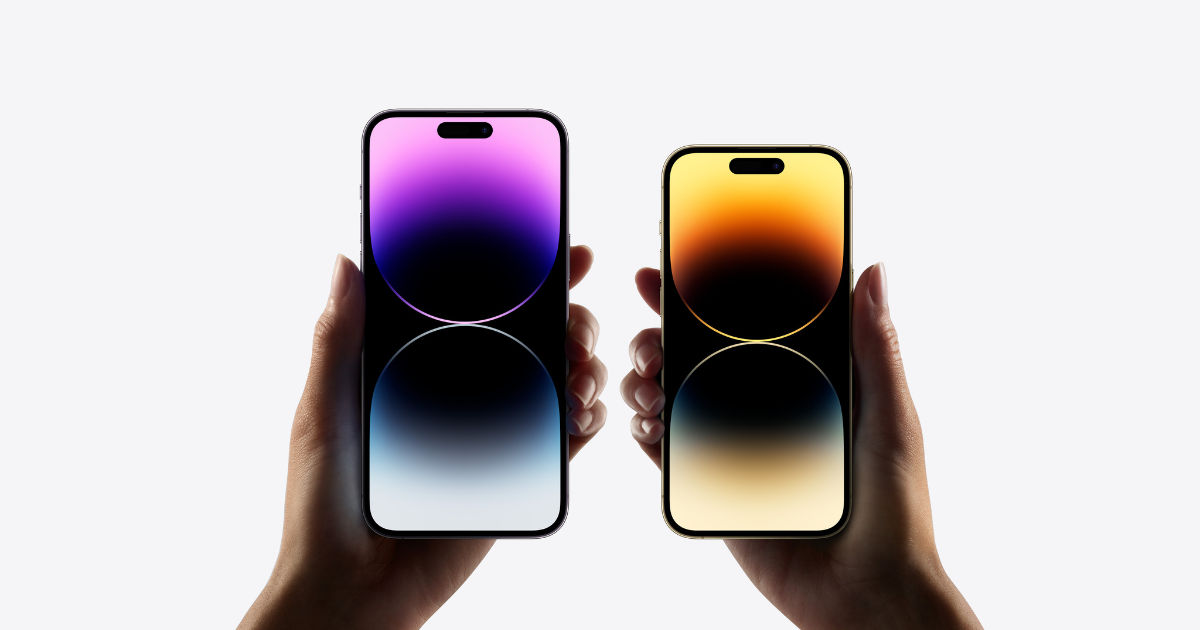 The Apple iPhone 14 lineup is here. While the iPhone 14 is largely an iterative upgrade that doesn’t offer anything drastically new compared to the iPhone 13 (barring Crash Detection and Emergency SOS via Satellite), the iPhone 14 Pro models offer quad pixel binned cameras for advanced zoom, and a new notch design as well. It is the latter that also gets the new 4nm A16 Bionic chip, but all the new iPhones still retained the Lightning port.

Despite all of this, though, the new iPhones have gotten more expensive. This year, the entry-level iPhone 14 starts at Rs 79,900 in India – up from an entry price of Rs 69,900 for the iPhone 13 mini last year. Alongside a bigger ‘Plus’ model, factors such as global supply chain fluctuations are also believed to have had an impact – including on aspects such as the battery replacement cost of the new iPhones.

India is the third most expensive country in the world for new iPhones.

On this note, here’s looking at how much the new iPhone 14 costs in India, and which markets it is cheaper – and more expensive – in. 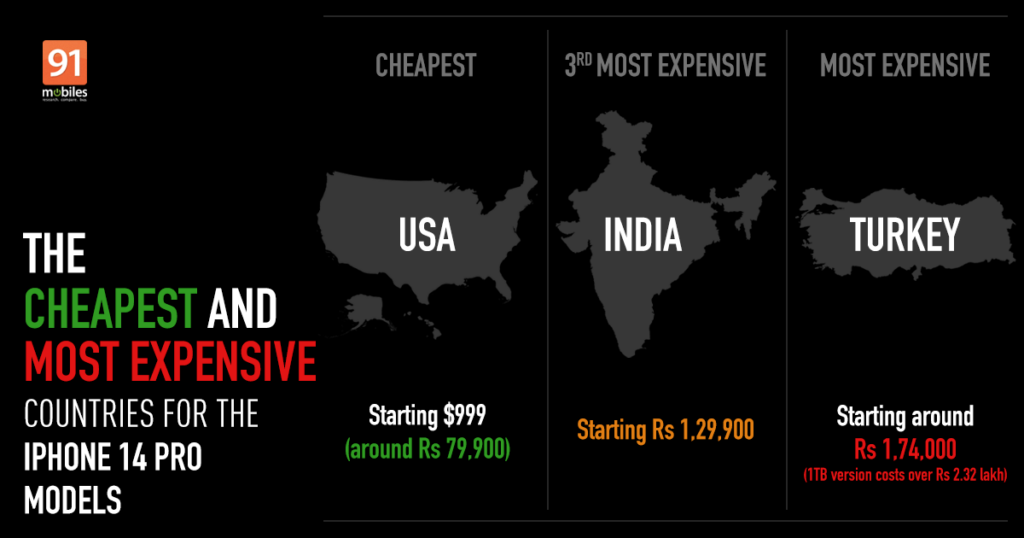 While the iPhone 14 and 14 Plus have three storage variants – 128GB, 256GB, and 512GB – the Pro models have four variants, including a 1TB model. On this note, here’s looking at the prices of all iPhone 14 variants in India.

Countries where the iPhone 14 series is cheaper than India

India is on the more expensive side of the pricing scale for the new iPhone models, as revealed by smartphone price tracker, Nukeni. As a result, there are a number of countries where the new iPhone is cheaper. Here’s looking at the top five markets where the iPhone is the least expensive.

The South Korean market is one of the most exciting grounds for electronics and has historically led in terms of the adoption of new technologies. It is also home to Samsung, one of Apple’s biggest global competitors in the smartphone space. As far as the iPhone is concerned, the iPhone 14 starts at around Rs 72,000 in Korea, while the 14 Plus starts at around Rs 78,000. The Pro and Pro Max variants cost Rs 89,500 and Rs 1,00,000 respectively.

Countries where the iPhone 14 series is more expensive

The new generation iPhone 14 and 14 Plus are priced at Rs 90,500 and Rs 1,02,000, respectively. Apart from these two, India happens to rank third for the price of the Pro iPhones, which makes Sweden ranks lower in the price list of the new iPhones.

At a starting price point of Rs 89,000, Poland is the fifth most expensive country for the average price of the new generation smartphones.