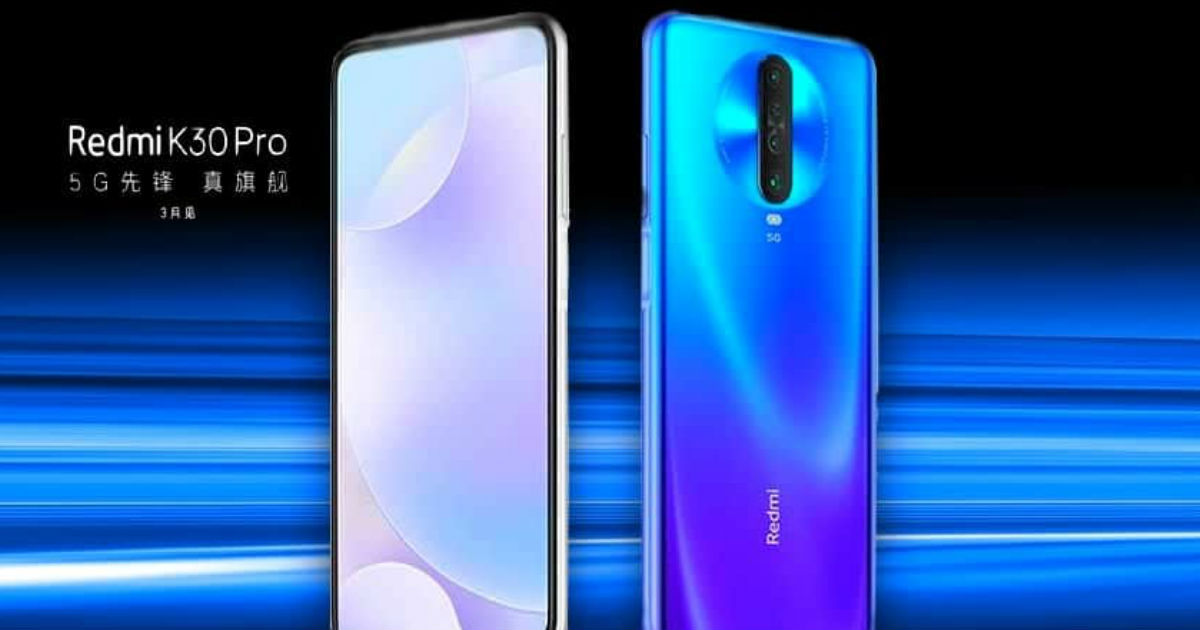 Redmi K30 Pro launch will happen later this month, confirms Xiaomi’s product manager Lu Weibing. The Xiaomi executive revealed on Weibo that the smartphone will “accurately stuck between the launch conferences of Huawei P40 series and Honor 30 series.” The Huawei P40 series, to recall, is slated to launch on March 26th, while the latter is believed to be unveiled in April. While the Redmi K30 Pro is expected to launch in China and globally later this month, there is no word yet on whether it will be coming to India. If the Redmi K30 is anything to go by, we may see the Redmi K30 Pro launch in India with a different moniker.

Redmi K30 Pro may launch in India as POCO F2

As for the rumoured Redmi K30 Pro specifications, the smartphone will be powered by Qualcomm’s flagship Snapdragon 865 SoC with 2.84GHz clock speed and 5th generation AI Engine. The handset will also tout the world’s most advanced mobile platform and feature Adreno 650 GPU and Qualcomm’s second-generation 5G Modem-RF System. The flagship offering from the brand is expected to rock pop-up selfie camera design, latest LPDDR5 RAM up to 12GB, and UFS3.1 storage.

Additionally, the phone will reportedly sport an OLED display instead of an LCD panel as seen on the Redmi K30, in-display fingerprint scanner, and 64MP quad rear cameras. The Redmi K30 Pro will be driven by a beefy 4,700mAh battery with 30W fast charging support, while Android 10-based MIUI 11 will take care of its software side of things.