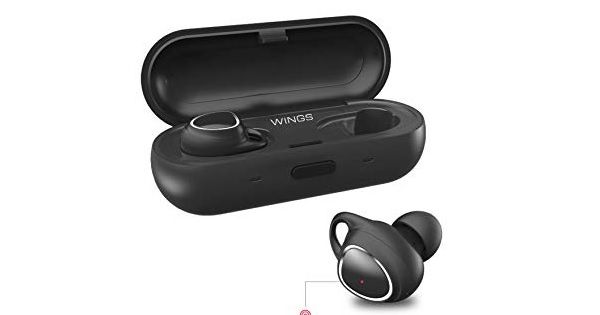 Wings Touch truly wireless earphones have been launched in India. As the name suggests, the brand’s latest offering is a pair of wireless earbuds that come with touch controls. This lets users change songs, adjust volume, and answer calls simply by touching on left or right earbuds. Notably, the Wings Touch wireless audio accessory also supports Google Assistant and Siri. The device comes with an IPX7 rating for sweat- and splash-resistance. The brand says that the Wings Touch earbuds have advanced nano-coating that keeps the wearable safe from sweat and rain. The accessory will be competing against the likes of the JBL wireless earphones and Noise Shots X3.

The Wings Touch wireless earphones have been priced at Rs 3,999 in India. The audio accessory will be available on Amazon and Myntra.

The Wings Touch wearable features 7mm micro Neodymium speaker driver with titanium coating, which is claims to deliver deep bass and clear vocals. The company says that the earbuds are perfect for listening to EDM, Bollywood, rock, and acoustic songs. There’s a built-in microphone onboard that lets you take calls on the go. Notably, both the earbuds of the Wings Touch can automatically connect with each other. Lastly, the accessory is touted to offer up to six hours of usage on a single charge. The bundled case is capable of providing five full charges for the Wings Touch.

Speaking about the launch Nishit Sharma, founder of Wings Lifestyle said, “Hands down the Wings Touch is superior to all its competitors. It gives Indian consumers the opportunity to own the highest quality, truly wireless earbuds with touch control, at a relatively affordable price. Unlike its competitors, who charge a massive premium yet sell a less feature-rich product, Wings Lifestyle products are loaded with exceptional features and priced significantly lower than competitor’s products. While its competitor’s products are gaudy and heavy, the Wings Touch is set apart by its lightweight and aesthetic design making it a lifestyle product that complements the lives of trendy individuals”.