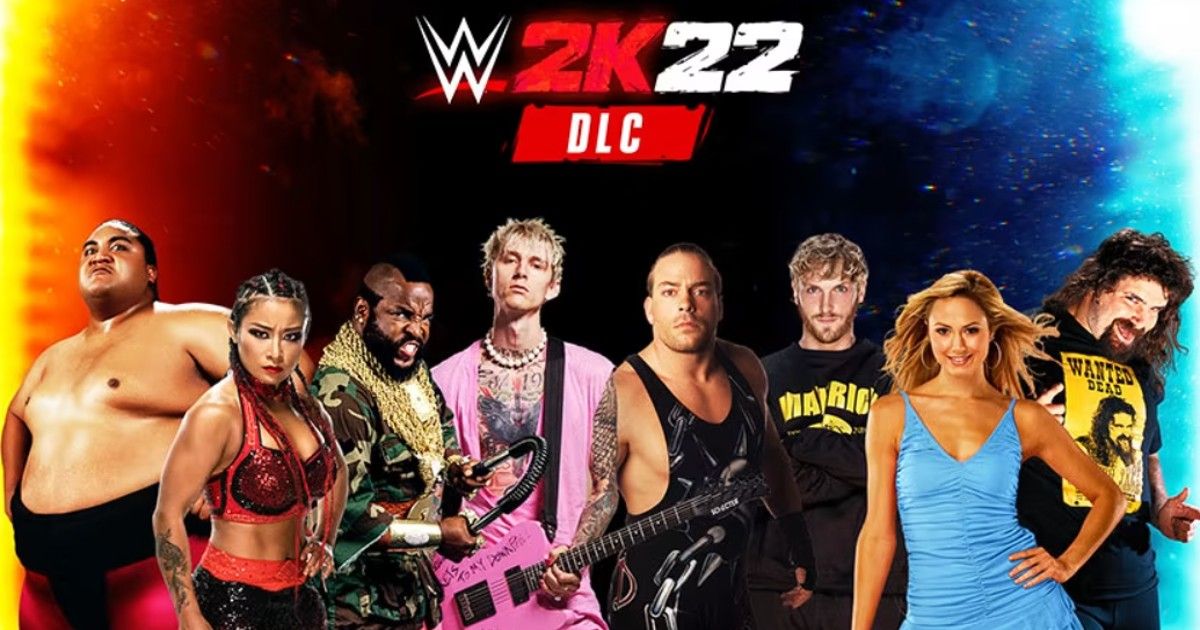 WWE 2K22 roster is getting bigger with more WWE superstars as well as celebrities. Right after the game launched yesterday, 2K has announced post-launch DLC for WWE 2K22. The game will get new bundles every month until July, which bring playable characters like The Boogeyman, Stacy Keibler, Machine Gun Kelly, Rob Van Dam, and many others. Based on reviews from critics like IGN, WWE 2K22 seems to offer a great wrestling experience, which is quite essential for 2K as WWE 2K20 was a complete disaster.

2K has revealed that 28 superstars and celebrity guests will be joining the WWE 2K22 roster in the coming months. New characters will be added every month as part of bundles, which are listed below:

All of these DLC packs are included in the WWE 2K22 season pass, or they can be purchased individually. Players who own the Deluxe edition or the nWo 4-Life edition already have access to the season pass, so they will get all 28 characters at no additional cost. Besides the new characters, WWE 2K22 roster features several iconic superstars such as The Rock, Booker T, Brock Lesnar, Beth Phoenix, Becky Lynch, Batista, Dolph Ziggler, Goldberg, Hulk Hogan, Jeff Hardy, John Cena, Kevin Nash, Randy Orton, Ric Flair, Samoa Joe, Seth Rollins, Shawn Michaels, and others. 2K is expected to add even more playable characters later this year.