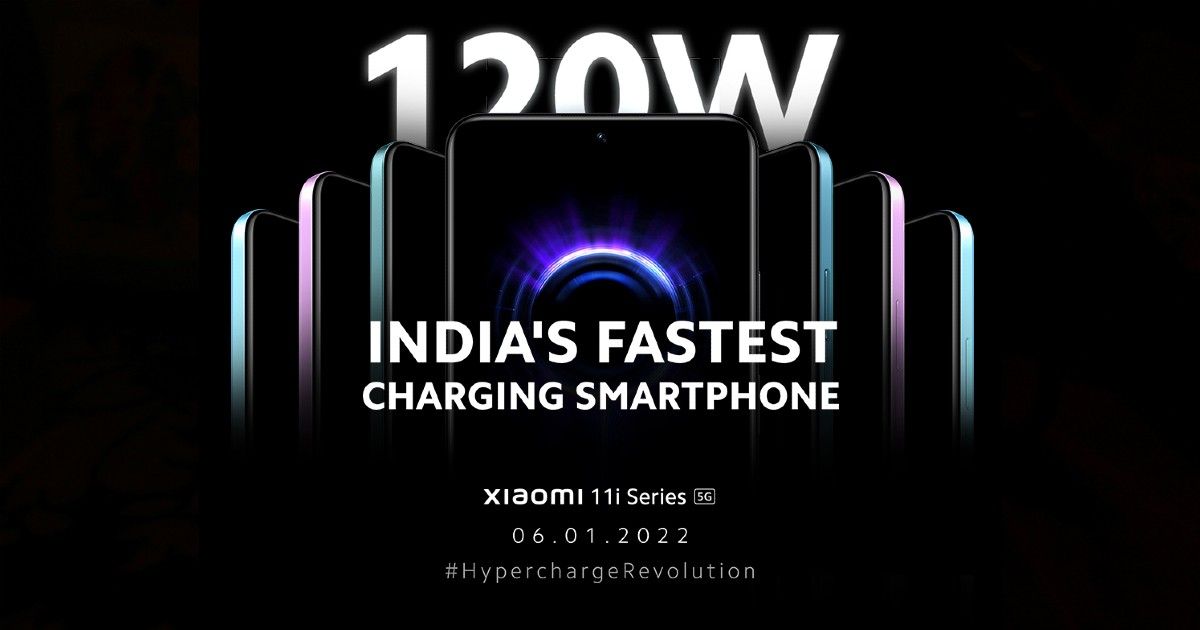 Xiaomi Mi 11i HyperCharge will be launched in India on January 6th and it will be the fastest charging smartphone in the country. The upcoming Mi 11i uses the new Hypercharge technology from Xiaomi, which offers 120W fast charging support. According to the company, the phone can charge from 0 to 100 percent in a matter of 15 minutes, which is incredible. Ahead of the official launch, Xiaomi Indian MD Manu Jain has tweeted about the device, and revealed its display specifications as well as colour options. Let’s take a look.

The tweet posted by Manu Jain consisted of a video that showcased the colour options of the Mi 11i and also revealed some display specifications. The Mi 11i HyperCharge will be available in two colour options, Pacific Pearl and Stealth Black. The video also mentions the phones USP, which is 120W fast charging support. Apart from that, a teaser page for the phone is also live, which confirms that the phone will get a 120Hz AMOLED display with 1200 nits of max brightness support.

Charged up for this color? Let me know in the comments.#HyperchargeRevolution I ❤ #Xiaomipic.twitter.com/GhUxsogCx5

The Mi 11i HyperCharge specifications are very similar to the Redmi Note 10 Pro+. An earlier tweet by Xiaomi Senior Marketing Manager, Sandeep Sharma, had revealed other specifications of the phone. It features a quad-rear camera setup with a primary 108-megapixel sensor, and is powered by the MediaTek Dimensity 920 5G chipset. The phone will get a 6.67-inch display, a 4,500mAh battery, and JBL stereo speakers with Dolby Atmos support. The device will also feature VC liquid cooling technology, and NFC support. The RAM and storage variants should be similar to what’s offered on the Redmi Note 10 Pro+.

When available, you’ll be able to purchase the Mi 11i Hypercharge on Flipkart, Mi.com, Mi Home Stores, and other partner retail stores.
ShareTweetShare
Share