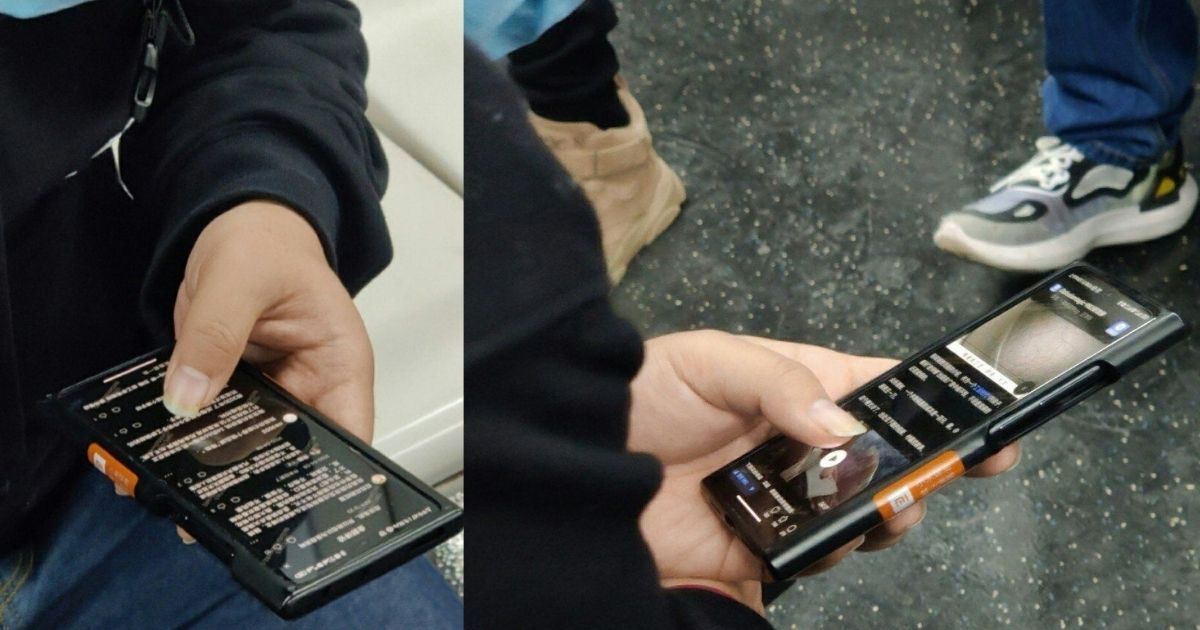 Xiaomi 12, the upcoming flagship from the brand, has now allegedly been spotted in live images, shared on Weibo, that were taken in what looks like a subway train. Unfortunately, the alleged Xiaomi 12 unit in question was in a protective case when these images were taken and therefore, the phone’s design still remains a bit of a mystery. The upcoming flagship from the brand has earlier been tipped to feature a smaller notch for the selfie camera and a slightly curved display but as the phone has a dark background in the live images, both these aspects are impossible to figure out. At this point, we can simply say that if these images are indeed legit, Xiaomi 12 launch could not be far away, and if previous reports are anything to go by, we can see the new flagship from Xiaomi as early as mid-December.

Alleged live hands on image of the Xiaomi 12 leaked on Weibo.#Xiaomi #Xiaomi12 pic.twitter.com/F27I4xQVpE

Xiaomi 12 has been tipped to come with a new AMOLED LTPO display with a 120Hz refresh rate. The handset is said to be powered by the Qualcomm Snapdragon 898 chipset, which will be manufactured using a 4nm fabrication process. In terms of memory, you can expect up to 12GB LPDDR5x RAM and up to 512GB UFS 3.1 storage. The phone is likely to boot Android 12 OS out of the box with MIUI custom skin on top. As far as the battery capacity is concerned, the Xiaomi 12 is expected to feature a rather unimpressive 5,000mAh capacity but with blazing-fast 120W wired fast charging and 50W wireless charging support.

Also read: Xiaomi 12 India launch could be on cards as it receives BIS certification

In the camera department, Xiaomi’s flagship phone has been tipped to come with a triple sensor array, consisting of a 50MP primary camera with an ultra-large bottom solution that will allow shooting 1920fps slow-motion videos. Assisting the primary sensor will be a 50MP periscope telephoto lens that will allow up to 5X optical zoom. Finally, there is expected to be a third 50MP ultra-wide-angle lens. If leaks are to be believed, there will be optical image stabilisation support on the smartphone, which should allow for great video recording capabilities. A recently leaked render image showed that the Xiaomi 12 could feature a ceramic body. The phone is expected to have curved edges on the front and a center-aligned punch-hole cut-out at the top.