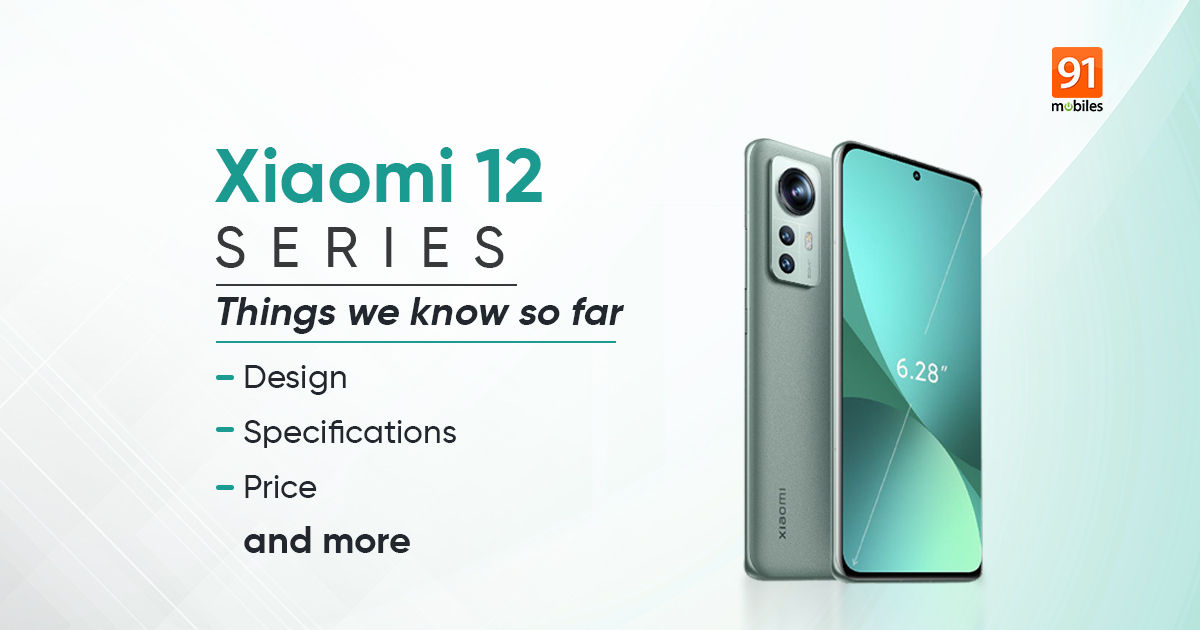 Xiaomi’s newest flagship, the Xiaomi 12 series is set to launch tomorrow i.e. December 28th in China. This is the top of lineup smartphone series from the brand, which will replace the current Xiaomi 11 series of smartphones. From the looks of it, the brand will be launching two phones under this new series and some info about these phones has slipped on the web. The Xiaomi 12 series has been making waves online and if you’re wondering what all the hype around this phone is, here’s a quick look at some of the things you should know. We take a look at the Xiaomi 12 launch event time, release date, price, specs, and more.

The Xiaomi 12 series launch event will take place on Tuesday, December 28th at noon. The company will likely stream the event live via its official social media channels, which we will be closely monitoring. Following the launch, the 12 series is expected to go on sale through the official Xiaomi website and other Chinese e-tailers. The first sale date will be announced during the launch event.

The Xiaomi 11 series brought a different design language with the curved display and a rounded rear camera module. The series 12 is being touted as a refined version of the very same design. From the renders that have surfaced over the past weekend, we see a flatter rear camera module that houses a triple camera setup. The phone is coming in a slew of colors and textures. More and more OEMs are playing with CMF and Xiaomi 12 Pro will be sporting vegan leather back as well. There will be a center-aligned hole-punch cutout on the front with a curved display. The frame will be made of metal with the volume and power buttons on the right side. Apart from this, the 12 series is being rumored to get the new Qualcomm In-display Fingerprint tech, IR blasters, and stereo speakers. 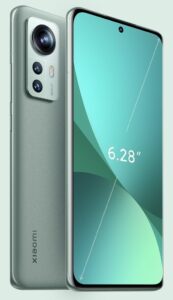 The Xiaomi 12 series will have the regular Xiaomi 12 and the 12 Pro. As the name suggests, the regular Xiaomi 12 will feature a smaller 6.2-inch Full HD+ AMOLED panel while the 12 Pro will pack in a larger 6.8-inch Quad HD+ AMOLED panel. Both the panels here are LTPO 2.0 meaning they support variable refresh rates and can go up to 120Hz. These are the new E5 generation panels from Samsung Displays with up to 1600nits of peak brightness.

Under the hood, both the smartphone will be powered by the Qualcomm Snapdragon 8 Gen 1 chipset, the company’s new flagship 5G SoC for mobile devices. The RAM and storage variants are currently unknown but we hope to see Xiaomi leap here.

This time around, Xiaomi seems to be pulling back on megapixels and the 12 series is slated to get the new 50MP IMX766 sensor from Sony as the primary unit. This should be accompanied by a wide-angle lens and a tele-macro lens. The selfies will be handled by the 32MP Sony IMX 707 sensor.

The Xiaomi 12 Pro will come decked out with a 5,000mAh battery with support for a whopping 120W fast wired charging and 50W wireless charging. The battery capacity for the smaller Xiaomi 12 is still unknown.