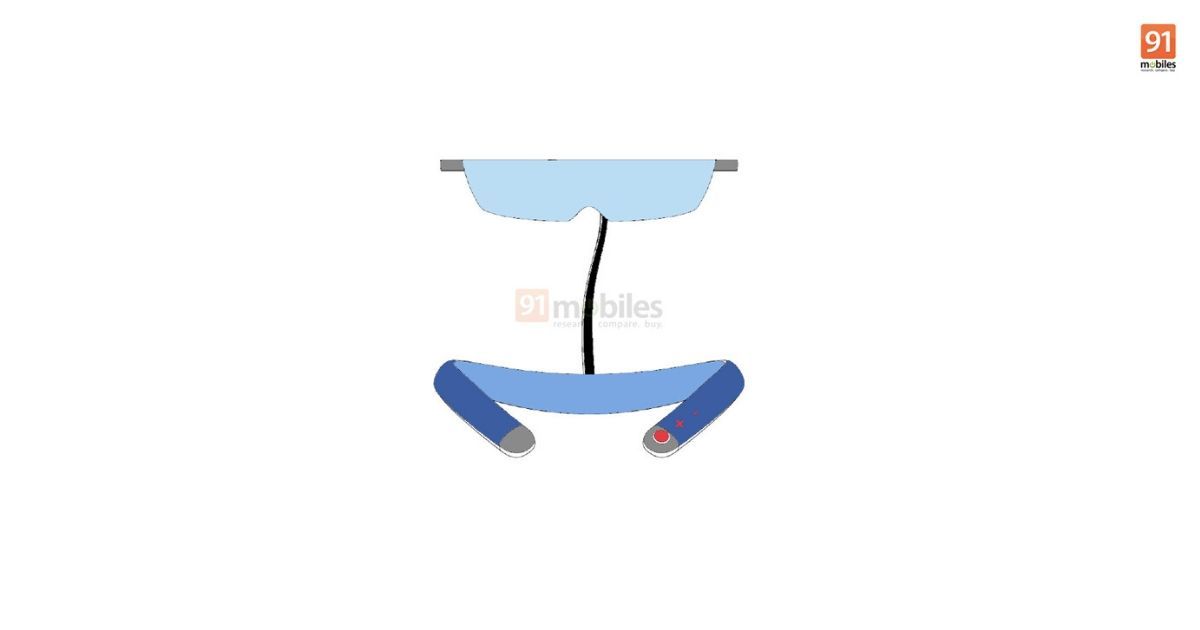 Xiaomi has filed a patent for new AR smart glasses with neckband design at the State Intellectual Property Office of the People’s Republic of China, as discovered by 91mobiles. The patent was filed back in December 2019 and was published earlier this week. The device seems to have the usual smart glasses design, which is interestingly connected to a  neckband through a cable. This is the first time we are seeing a design like this. The neckband has a couple of in-line buttons on the collar, which are presumably the volume controls and power button. Like other AR glasses in the category, the Xiaomi smart glasses could display AR content and may also support some popular apps as well.

The patent description suggests the “design is used to wearable smart devices for augmented reality (AR)”. Unfortunately, the smart glasses functionalities and features list remain a mystery for now and not much else can be speculated from the patent images at the moment. There’s no way to tell if Xiaomi would launch the product since it has a habit of filing for patents that never actually see the light in the day. But if Xiaomi is indeed working on launching its first AR smart glasses, it should be an interesting product to check out considering it might not come with a premium price tag.

Xiaomi is not the only smartphone brand working on smart glasses. It has been rumoured in the past that Huawei and Apple are also working on bringing AR glasses to the market. According to a report by Orian Research, the smart glasses market is expected to grow in coming years due to “rapidly developing technology and consumer demand for exhaustive media and fine gaming experience.”

Separately, another Xiaomi patent for truly wireless earbuds charging accessory was discovered recently. The device latches on to the back of the smartphone and has holders to place TWS earbuds and charge them via the phone’s reverse wireless charging feature. It comes in two different designs, while one is meant for Realme Buds Air-like stem earbuds, the other is identical to Samsung Galaxy Buds type earphones with no stem. However, if the Chinese brand indeed launches the charging accessory, it could only be compatible with the in-house TWS earbuds.