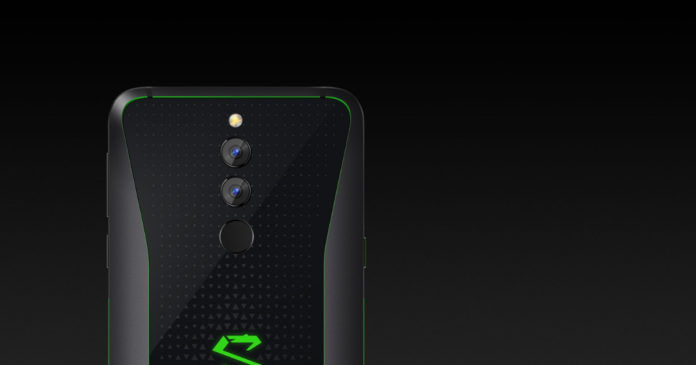 “The Black Shark 2 is expected to be a loaded gaming smartphone with Liquid Cool 3.0 technology”

The newest leak reveals multiple listings on the benchmarking website with the model name “Black Shark AAA”. Expected to be the Black Shark 2, the smartphone can be seen rocking Qualcomm’s flagship Snapdragon 855 chipset in the listing. Further, the processor is backed by a behemoth of 12GB RAM. Therefore, it comes as no surprise that the smartphone scores consistently above 3,000 points in the single-core test and 11,000 points in multi-core tests across the multiple listing. The highest score that the handset has seemingly manage to achieve is 3,516 and 11,413 points. Moreover, these scores are similar to the points scored by Black Shark Skywalker, hinting that both might be the same phones. On the software front, the phone can be seen running the latest Android 9 Pie. 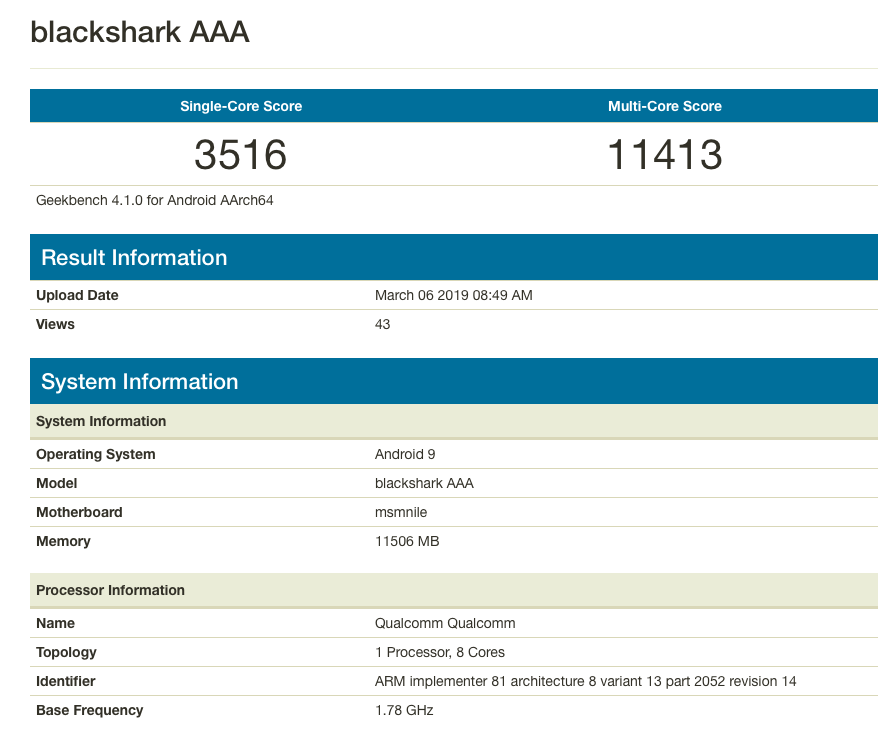 In the past, the 3C listing of the purported Black Shark 2 has revealed that it’ll ship with a 27Watt fast charger. This lead to speculation that the Xiaomi-backed company is working on a proprietary super fast charging tech. Another leak around the same time revealed the alleged real-life image of the handset. The leaked image hinted that the smartphone is likely to come with a dual camera setup on the rear panel. However, details of the camera setup aren’t known at the moment.

There’s no word on the launch and pricing of the smartphone as of now. However, Black Shark has announced that it will be operating in India and we can expect the next smartphone from the brand to launch here as well.