Earlier this year, a number of manufacturers launched their first gaming-centric smartphones. The Chinese electronics conglomerate Xiaomi also boarded the bandwagon by launching the Black Shark smartphone. The phone arrived with top-notch specs like a Snapdragon 845 SoC, up to 8GB of RAM, and a 5.99-inch in-cell display with a maximum brightness of 500nits. Now, it looks like Xiaomi is working on its second gaming smartphone, which is expected to be called the Xiaomi Black Shark 2. 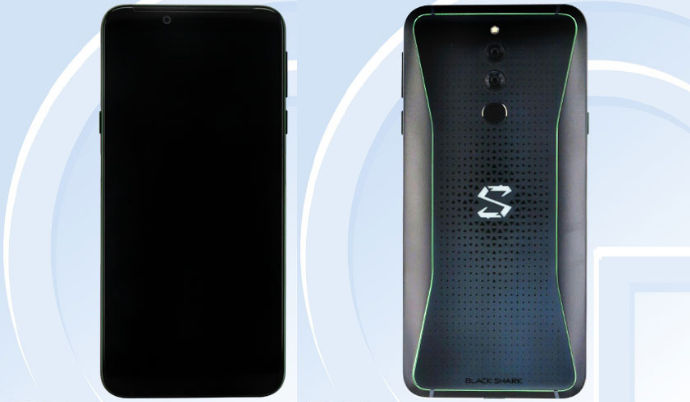 While the Black Shark (first impressions) arrived with a front-mounted fingerprint sensor, the Black Shark 2 could offer the same at the rear below the primary cameras. On the front, the new Black Shark offering is expected to offer the same 5.99-inch screen as its predecessor with the old aspect ratio of 16:9. There’s no word regarding the rest of the specs of the handset at the moment.

Xiaomi hasn’t yet revealed when it is planning to unveil the Black Shark 2 gaming smartphone at the moment. However, since the phone has received TENAA certification, we can expect the device to launch by the end of this year.