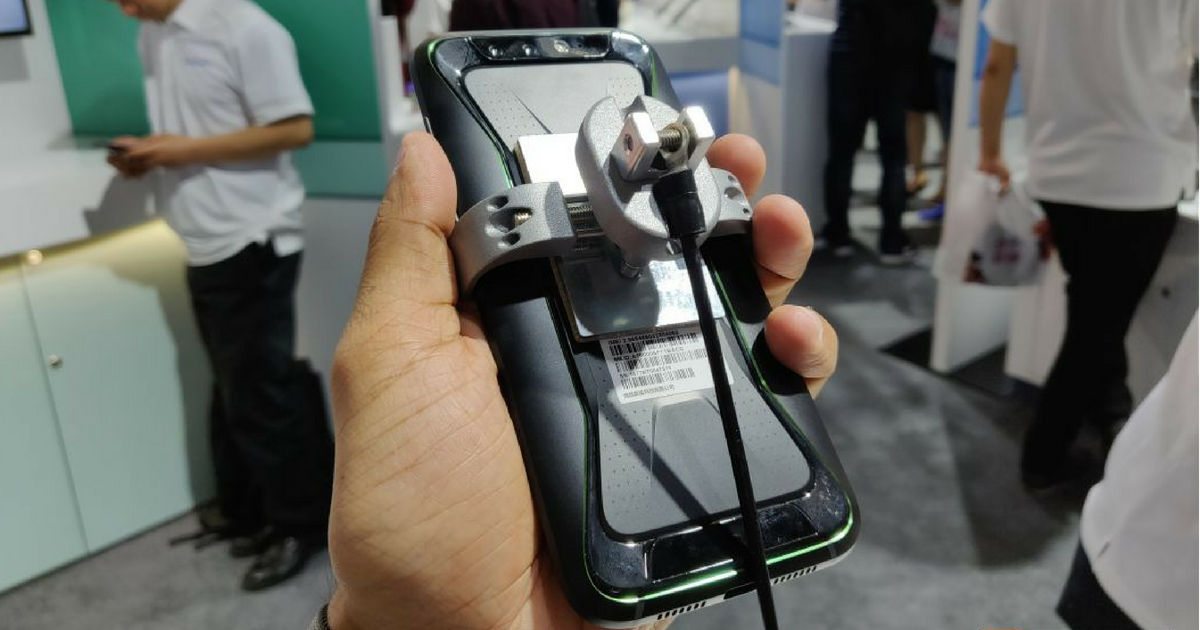 Smartphones today aren’t just segregated by their price and size, but also by specific use cases. For instance, if you’re a selfie afficianado, then you will be able to find a selfie-centric smartphone tailored just for you from the likes of OPPO and Vivo. If you are looking for smartphones that doesn’t require a charge during the middle of the day, you’ll probably go for Xiaomi’s Redmi Note series and the likes. In fact, Blackberry is still churning out Android smartphones with a keyboard to appease to a niche set of corporate users. 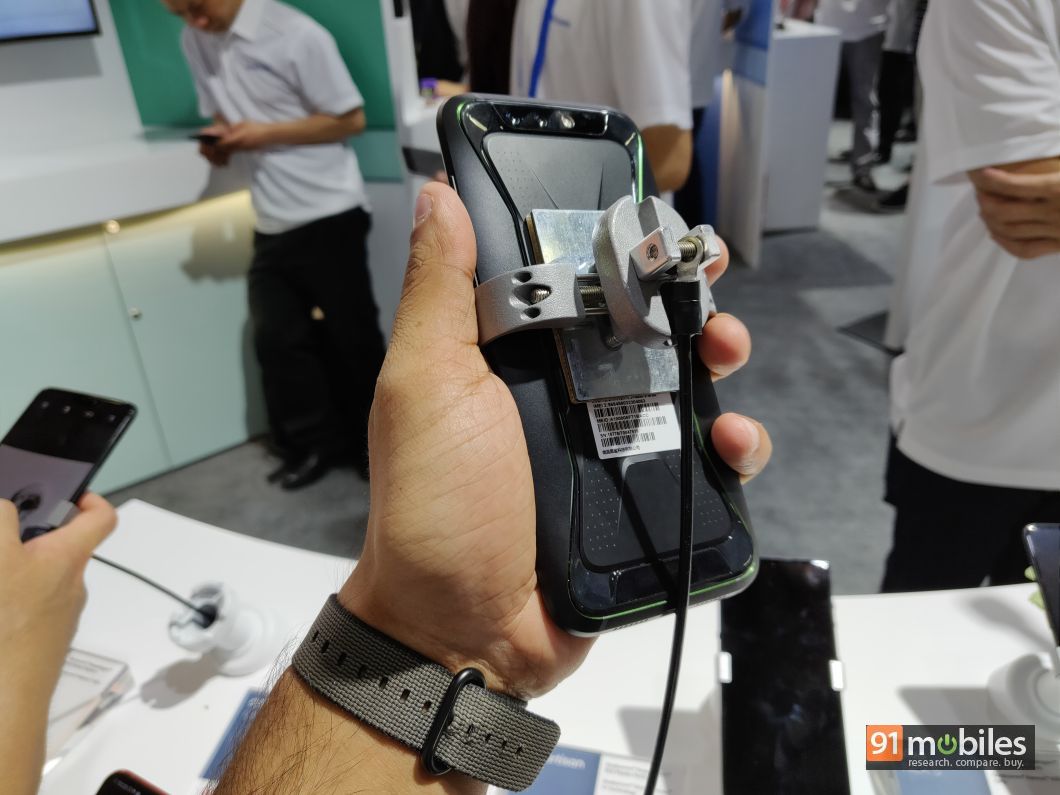 And now, thanks to the technological advancements in the smartphone industry, you can get yourself a dedicated gaming smartphone too. Gaming major Razer was the first company to launch a gaming-oriented smartphone in the form of the Razer phone (first impressions), but other manufacturers like ASUS are slowly following suit as well. After all, mobile gaming is a multi-billion dollar industry. At the MWC event in Shanghai, I managed to get my hands on yet another gaming smartphone, the Black Shark, which is backed by the Chinese giant Xiaomi. Even though it isn’t the first gaming-centric smartphone, it does manage to stand out, and here’s why I think so. 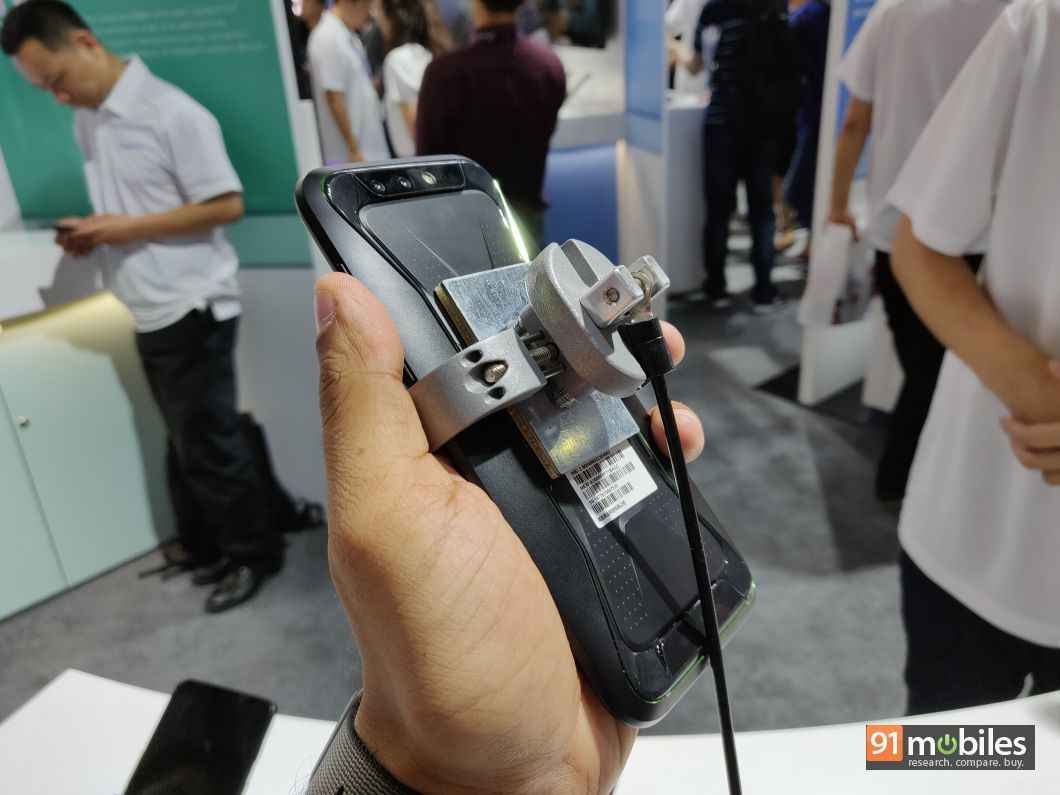 It’s easy to spot a dedicated gaming PC in a room full of workstations as the former usually comes with RGB lighting, an outlandish casing and much more. In a similar fashion, you can easily identify the Xiaomi Black Shark in someone’s hand, as it too boasts a quirky, gaming-friendly design. The smartphone ships in a bright green and black hues with neon accents which canvas its borders. Moreover, the back of the device flaunts a distinct ‘X’ pattern, which has been slightly raised to give gamers a better grip. 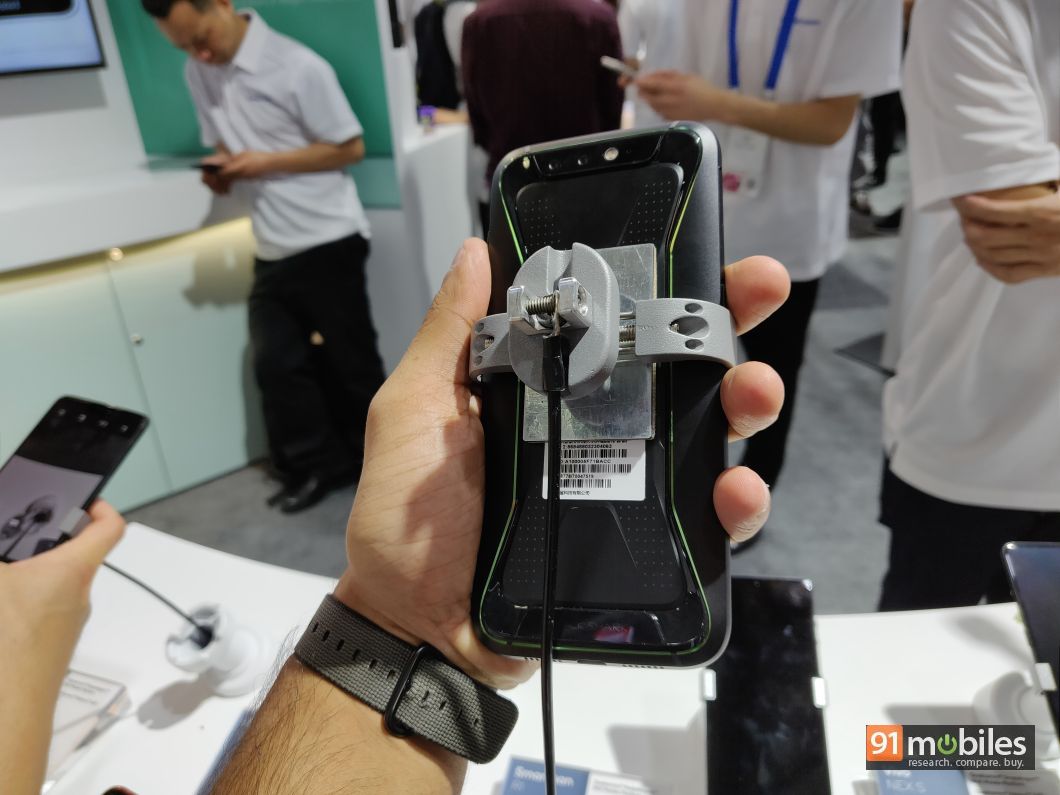 You’ll also find the green Black Shark logo at the rear of the device which unsurprisingly, lights up during the boot sequence, upon receiving incoming calls or if you enable the gaming mode. Moreover, similar to the ASUS ROG Phone (first impressions), the Black Shark also allows you to attach an analog controller to the device. The controller ships with a 340mAh battery and Xiaomi claims that the accessory can last over 30 hours of gaming sessions.

Now, going by the images, you’d think that the smartphone weighs on the higher side. However, in reality, I didn’t have any problem holding the smartphone in my hands while using it for an extended duration. That said, I will point out that the Xiaomi Black Shark isn’t intended to be used with just one hand as it topples if not held properly. 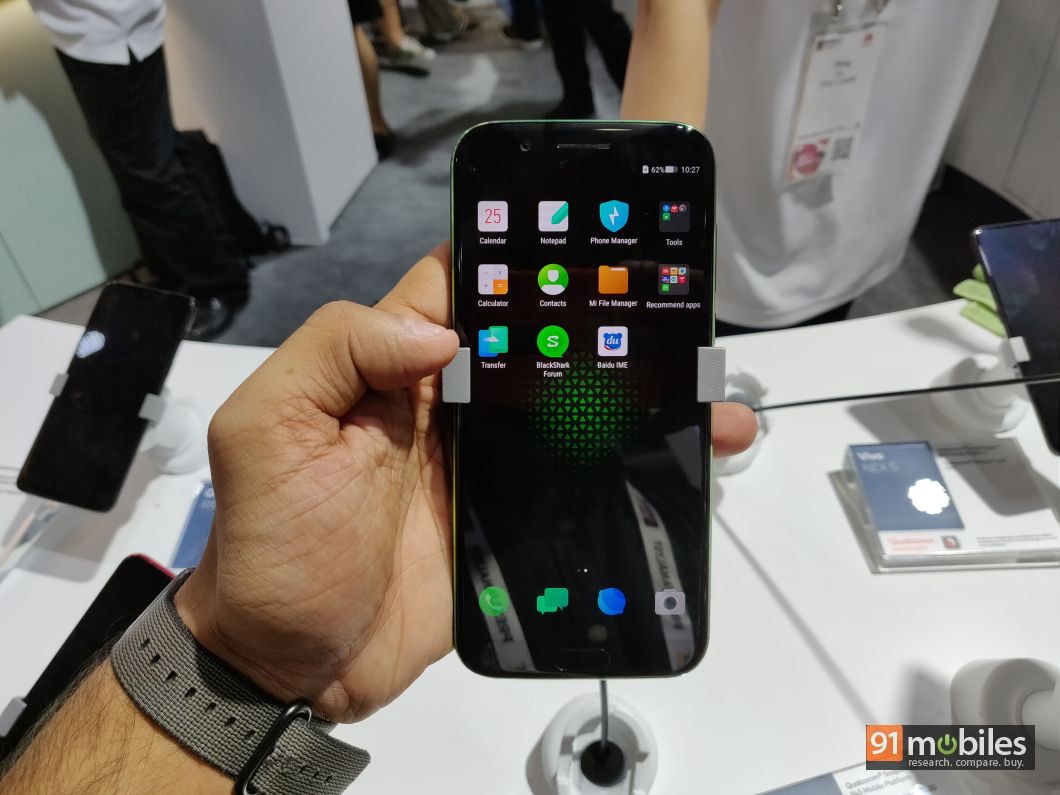 Towards the front, the Xiaomi Black Shark comes equipped with a 5.99-inch FHD+ LCD display. Now, unlike the Razer phone which ships with a high-refresh rate panel, the display on the Black Shark is capped at 60Hz. Having said that, the panel in itself is excellent with wide viewing angles, adequate brightness levels and support for DCI-P3 colour gamut.

The ports and buttons have been positioned in their usual spots. Towards the right, you’ll find the volume rockers and the power button, both of which felt sufficiently tactile. The left spine is reserved for a slider which when flicked on, enables the Black Shark gaming mode. Once enabled, the smartphone automatically frees up system resources to give you the best gaming performance possible. At the bottom, you’ll find the USB Type-C port sandwiched between two speaker grilles. Interestingly, Xiaomi has placed the fingerprint sensor on the front of the device, instead of opting for a rear-mounted position which would’ve given gamers a bit more screen real-estate. 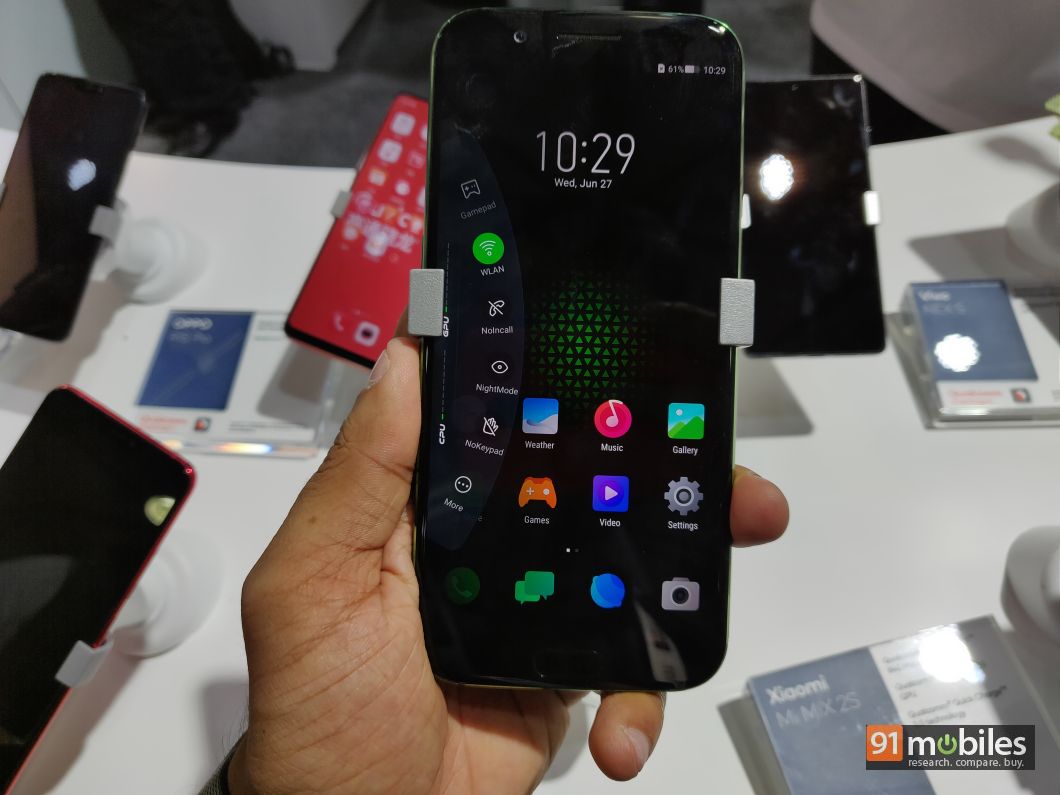 The Xiaomi Black Shark is backed by a Qualcomm Snapdragon 845 processor which works alongside 8GB of RAM. Suffice it to say, the Black Shark comes equipped with plenty of horsepower to run any mobile game. However, in order to play those games for long hours without thermal throttling, the company has also included a liquid cooling system which covers all the essential modules inside the smartphone, thereby ensuring uninterrupted gaming sessions. What’s more is that the Black Shark smartphone also comes equipped with a built-in, independent image processing chip which automatically enhances the dark scenes in a game and reportedly makes the game smoother and jitter-free. I’ll test out these features in full detail when I’ve spent some more time with the smartphone, so stay tuned for that. 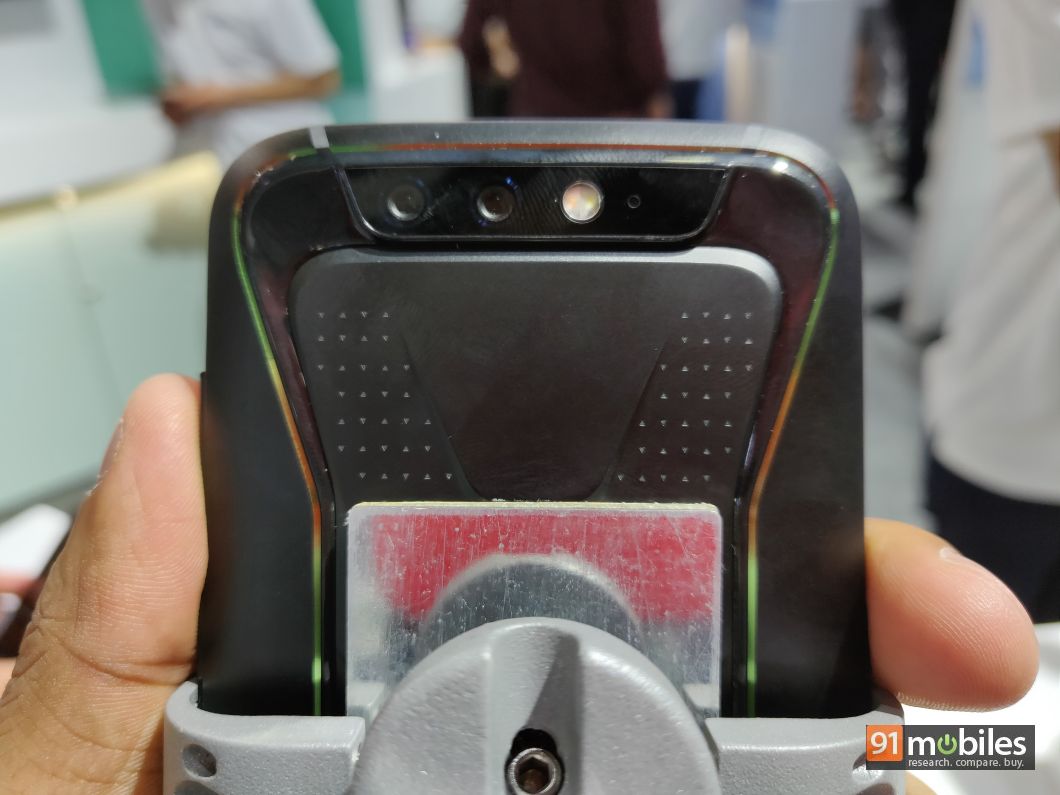 Despite being a gaming smartphone, the Black Shark comes equipped with a fairly-capable camera setup. The handset makes use of a pair of 12MP and 20MP sensors at the back and a 20MP shooter at the front for selfies. While I can’t give any final judgment on the smartphone’s camera prowess, the initial shots I took with the device looked promising. 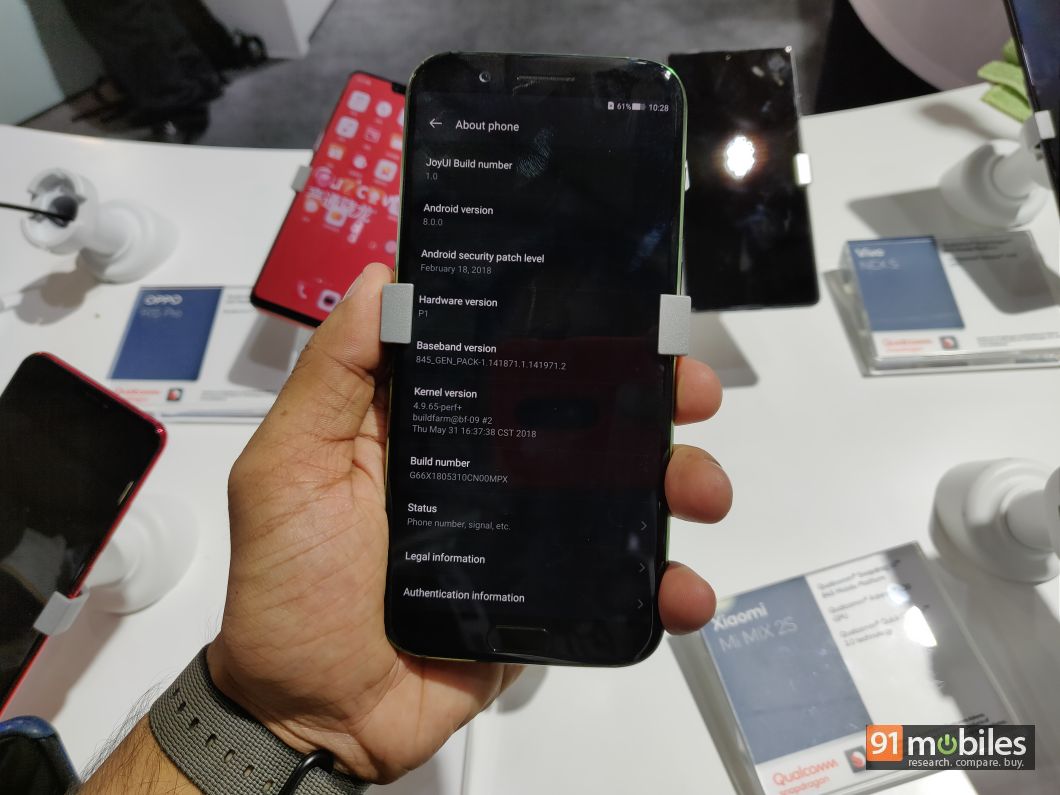 The Xiaomi Black Shark boots Android Oreo with a skin of JoyUI v1.0 on top. The software is a far cry from stock Android, albeit comes with some handy gaming features such as an anti-addiction mode, along with a game dock mode which I mentioned above. In the battery department, the handset packs a beefy 4,000mAh cell which should see you through some long boss battles. Sadly there’s no word if the brand will be bringing the smartphone to India, though if it does, Xiaomi will enjoy a first-mover advantage in the gaming smartphone category in the country.