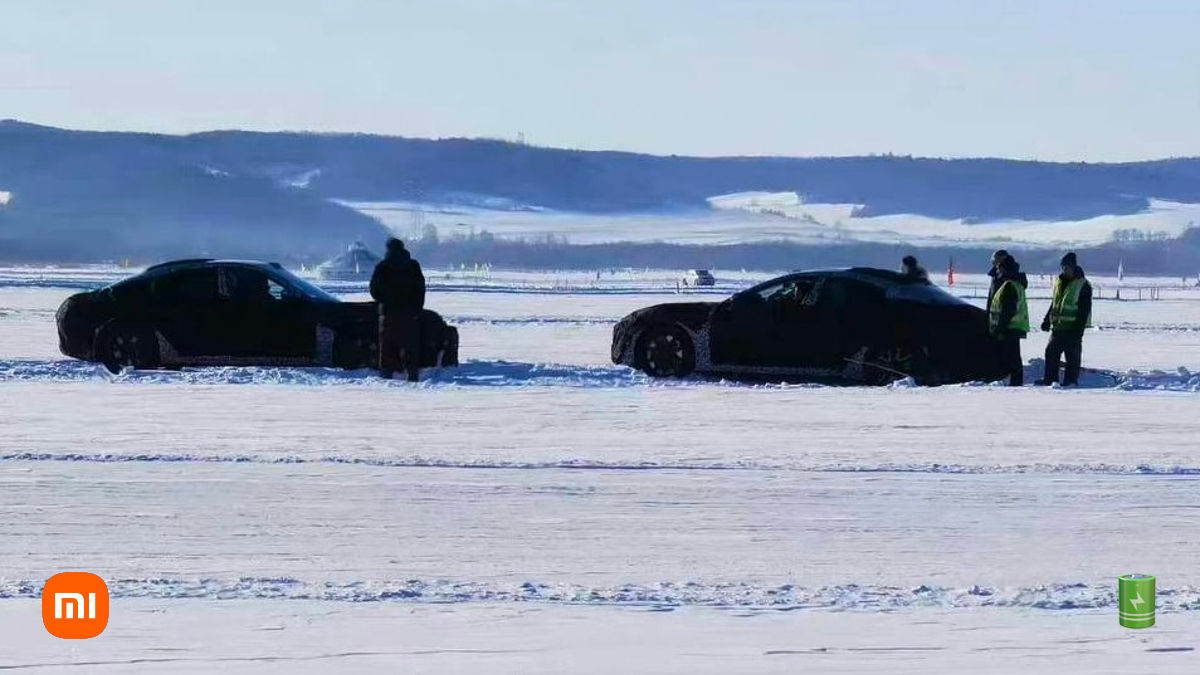 Xiaomi has been spotted testing its first-ever electric vehicle, the Xiaomi Modena electric sedan, across snowy and icy conditions in Mongolia. The Xiaomi Modena is the outcome of Xiaomi’s USD 1.5 billion investment in its electric division back in 2021. The Modena is expected to come in three distinct variations. According to Lei Jun, CEO of Xiaomi and Xiaomi Auto, the Modena is expected to go into mass production in 2024.

The Xiaomi Modena electric sedan was photographed testing in snow and ice possibly to record the battery’s performance in such conditions. CEO Lei Jun, who has been an advocate for the company’s move into the EV market, has reportedly been an active part of the developmental process and is rumoured to have been part of the team testing in Mongolia.

The Xiaomi Modena is rumoured to get three powertrain options. Two of Modena’s powertrains will be using BYD-sourced Blade battery packs that use the LFP technology. The third variation will be using an 800V Qilin battery pack from CATL. This CATL-sourced battery pack will reportedly support super-fast charging and can charge from zero to 80 percent in just 15 minutes.

The spy shots also reveal the silhouette of the electric sedan which has adopted a traditional coupe-inspired design philosophy. The images show a long bonnet, a sloping roofline and a sizeable rear trunk section that is accentuated by a long overhang. The test vehicle can also be seen wearing a set of blacked-out 10-spoke alloys wrapped on performance-oriented low-profile tyres. The sporty orientation of the Modena can also be identified via the large front disc brakes and yellow-painted brake callipers.