Home News Xiaomi foldable phone with a huge crease in the middle spotted in...
Highlights 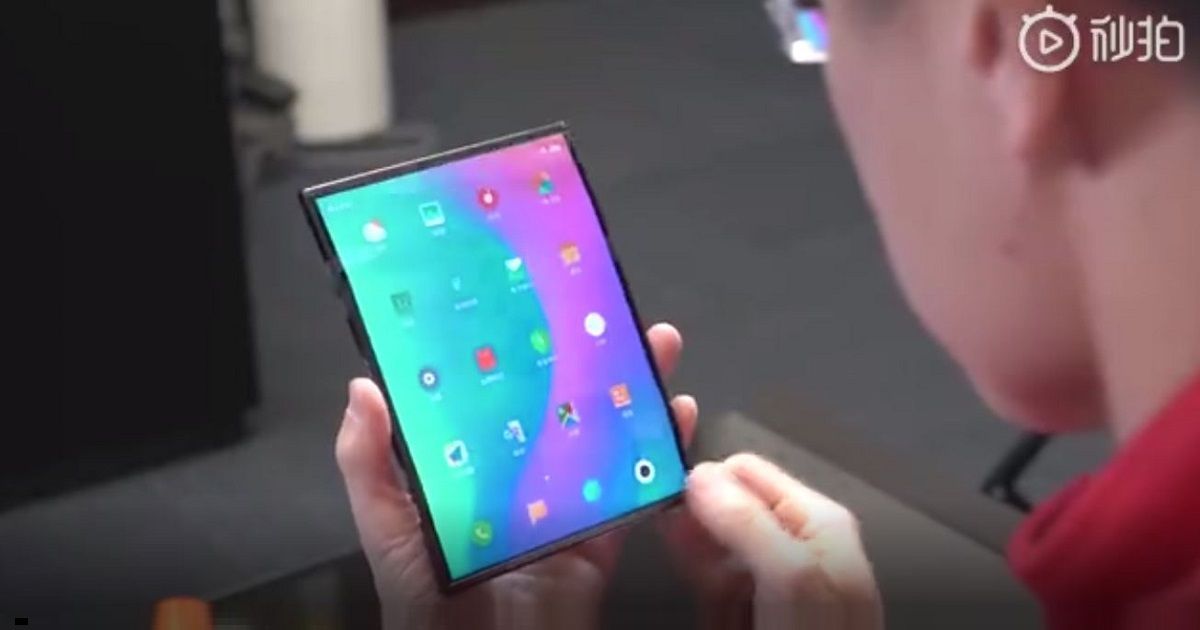 Xiaomi has been working on a foldable smartphone for quite some time now. The company’s CEO even teased it at an event a few months ago. Several leaks pointed towards a Moto Razr-Esque clamshell-like design. However, a new leak tells us that Xiaomi’s upcoming foldable device could be closer to the Samsung Galaxy Z Fold series rather than a flip phone. A (now deleted) Weibo post showcases what appears to be a Xiaomi-branded foldable out in the wild. The mystery device has a large crease running through the middle. Xiaomi is working on a Huawei Mate X-like foldable too, the patent for which was discovered earlier last year. It is hard to determine what hardware the mystery Xiaomi foldable is running. The images above suggest that it is on some version of MIUI 12 and has 256GB of internal storage. There isn’t any sign of a selfie camera either, indicating that the device could come with an under-display camera. Its heavy outer shell indicates that it is an early prototype of the device. Companies usually do this to all early access hardware to not give away the device’s thickness. It is also firmly attached to the device, making it rather cumbersome for one to disassemble it.

We should know more about this foldable smartphone from Xiaomi in the coming months. A prototype out in the wild usually indicates that the product is in its final stages of development. Foldables usually come with top-of-the-line hardware, so we can expect this device to come with the Qualcomm Snapdragon 888 chipset, at the very least. The best part is, Xiaomi reportedly has three different types of foldable smartphone designs in the works; external fold, internal fold, and clamshell.