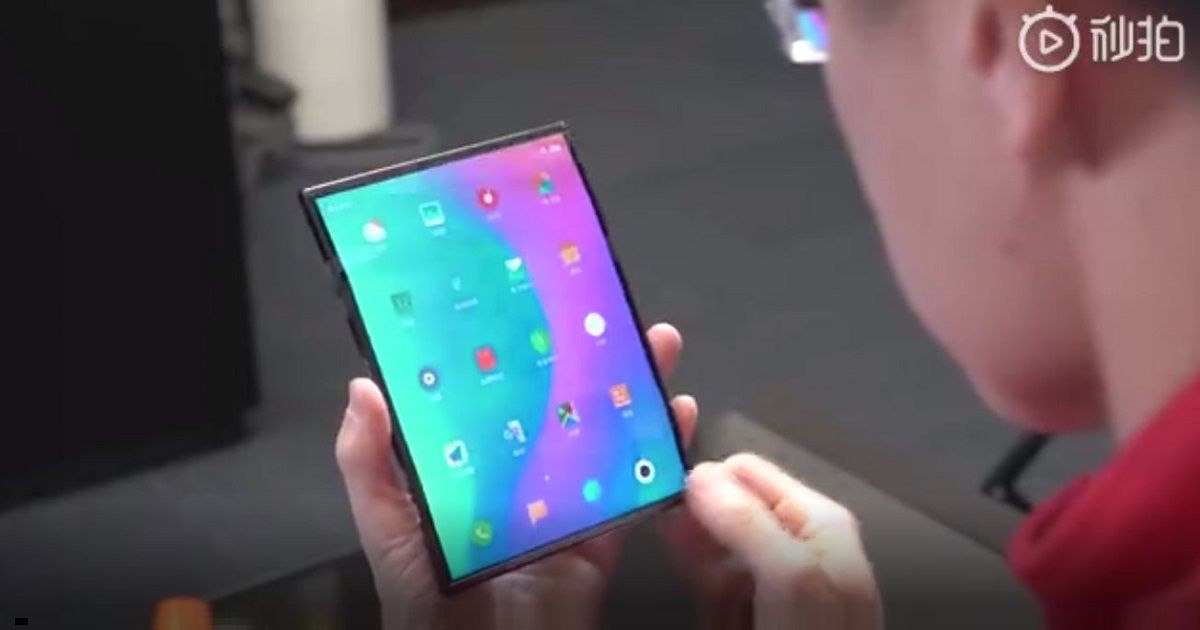 “The Xiaomi foldable phone’s sides can be folded to make the phone smaller in size, and the apps scale for the large and small screen on their own”

A few days back, a mysterious device with foldable screen and MIUI skin was spotted in the wild. Now, Xiaomi’s President and co-founder has shared a video of its first foldable smartphone that seems to operate in the same way as the leaked device. The phone comes with a flexible display that folds outward on both the left and the right. The Chinese OEM is thinking to either dub the handset as MIX Flex or Dual Flex, though the Xiaomi executive is open to suggestions as he asked users to recommendations for names for its foldable phone.

Check out this special video from #Xiaomi President and Co-founder Bin Lin, showing off a very special phone prototype… 😎

What does everyone think we should name this phone? 🤔#InnovationForEveryone pic.twitter.com/1lFj3nM7tD

The video reveals that the handset comes with a large display in what seems to be 3:2 aspect ratio. But, thanks to the flexible screen, it can be turned into a wide smartphone. Notably, the process is different than the Samsung foldable smartphone whose prototype was shown last year. As stated above, Xiaomi foldable phone’s display folds outwards from both the sides, while the chaebol handset’s display folds inwards from the middle.

The specifications of the handset have not been detailed, but what we can tell you is that it runs on an MIUI skin atop the Android. The skin seems to customised for the device as we can see that the content seamlessly scales itself when the phone is folded.

In the video, we can see that the two folded sides move to the back when folded. The two sides remain lit up but are not sensitive to the touch or affect the usage of the phone at all even if the finger is placed on them to grip the device. Apps can easily scale from the large screen to the smaller display as well, thanks to MIUI optimisation. However, with a myriad of foldable phone designs on the way, it remains to be seen how many of the most popular apps will support this design straight off the bat.

While the exact launch date of the device is yet to be revealed, it’s said to be coming soon. Most likely Xiaomi could showcase the device – or a prototype at least – at next month’s tech trade show, MWC, in Barcelona.