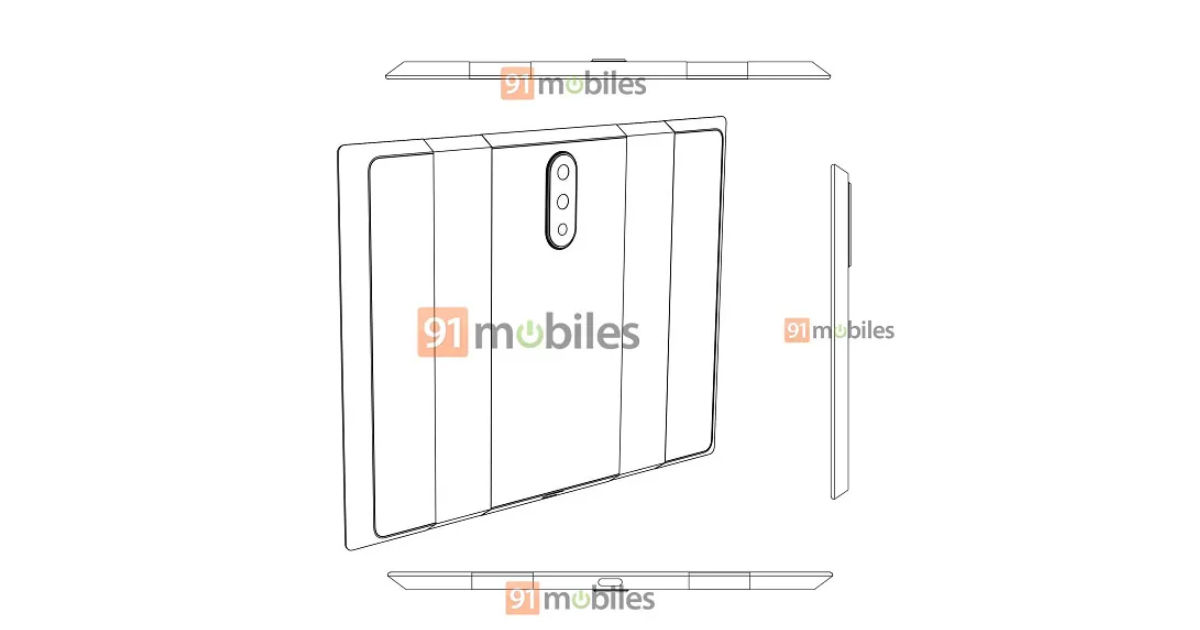 Xiaomi’s first foldable smartphone could feature a triple camera module at the rear, suggests a patent by the brand. The latest patent from the Chinese tech giant shows a device with a design similar to the foldable phone the company has already shown a couple of times earlier in video teasers. This product in the patent could arrive as the first commercial foldable offering from the brand. The new Xiaomi foldable patent has appeared in the database of the European Union Intellectual Property Office (EUIPO), which contains several images of the smartphone, revealing its design from all the angles.

As seen in the images, the Xiaomi foldable phone has a single display, which folds outwards whenever you use it in the foldable mode. The device has two large hinges, which will allow the screen to fold with ease without damaging it. When using in the folded mode, the device appears to have a smaller single display at the front and two screens on the back.

As you can see, the foldable smartphone has three cameras at the rear, which are placed vertically in the middle section of the phone. Interestingly, the front-facing camera cannot be seen in the design patent. The overall design of the foldable Xiaomi device looks almost the same as the phone that was officially teased by the brand. However, the company never showcased the rear design of the aforementioned foldable smartphone.

Xiaomi originally filed for this patent on March 1st, 2019, which was registered on March 25th. On August 8th, the patent was fully published. Notably, the patent also mentions that this design from the brand will expire on March 1st of 2024. This suggests that the company could be planning to launch its first foldable phone commercially very soon. The brand could launch the final product either as the Xiaomi MIX Flex or Dual Flex.