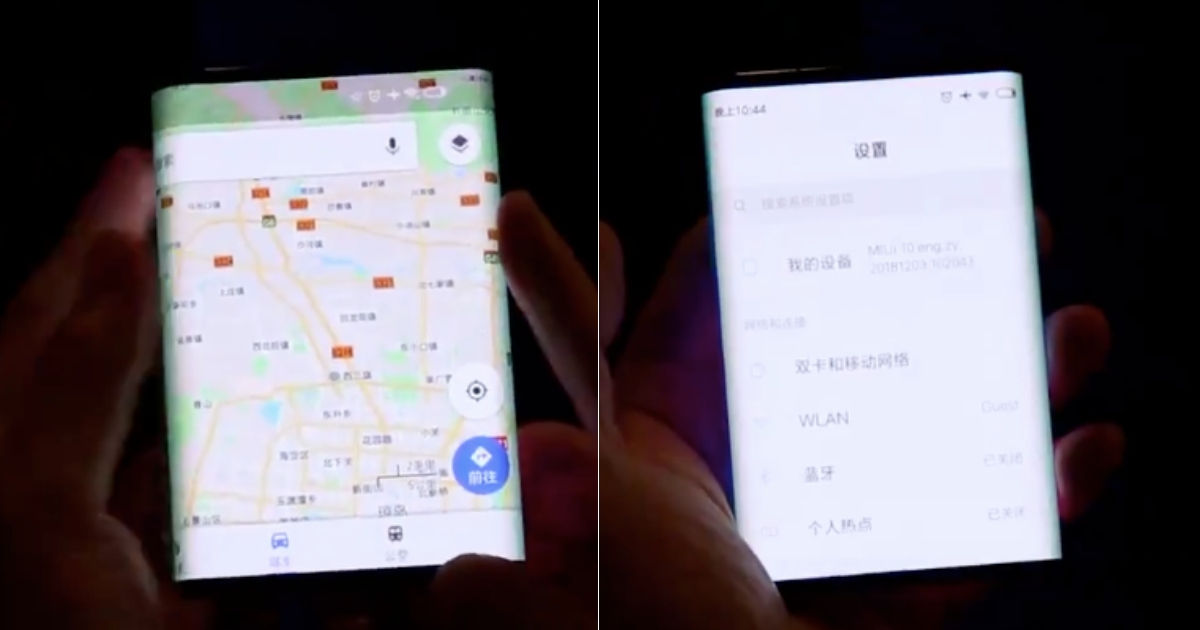 Looks like there’s going to be more than one foldable smartphone this year. According to a new leak, Xiaomi has supposedly been working on a foldable smartphone as well. The phone has appeared in a short video showcasing itself in all its bending glory. Of course, it could all be fake, so do take this with a pinch of salt. We cannot guarantee the authenticity of this leak.

We know that Samsung is readying to launch its foldable smartphone in the first half of 2019. However, the Korean manufacturer will likely face competition from Chinese players such as Xiaomi, Huawei, and OPPO. There have been reports that even LG is working on a foldable smartphone.

The Xiaomi foldable smartphone seen in the leaked video appears to be working well. Unlike the Samsung foldable phone, which folds inwards, the Xiaomi device folds outwards. It’s almost like a regular tablet when not folded, and when it is folded, it turns in to a wide smartphones. The video shows that the phone folds outwards from both the left and right side. The software also seems to be built for a foldable device as the user launches the Maps app and it automatically scales itself when the phone is folded. Check out the video for yourself to see what we mean.

If this is a fake, then whoever made this has done a very good job. It’s not easy to mimic the scaling of an app on a foldable device. Also, it is very much possible that this phone could indeed be real and we could see an announcement very soon. Xiaomi was one of the first companies to bring out an almost bezel-less phone, the Mi Mix. The company has plenty of resources and can definitely make a foldable smartphone.