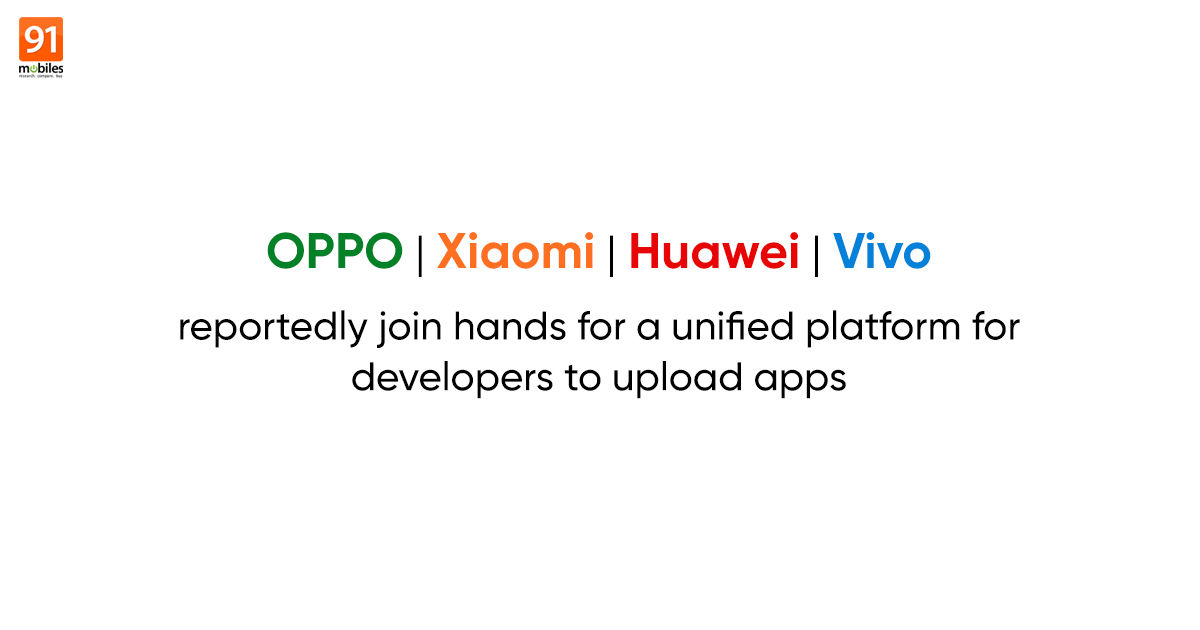 Chinese smartphone OEMs Xiaomi, Huawei, OPPO and Vivo are believed to have inked an alliance between each other to create a new, alternate app platform, to take on Google’s ever-congested Play Store. The alliance, which was reported by Reuters to be known as the Global Developer Service Alliance (GDSA), has a prototype website already. Notably, India is mentioned as one of the nations where the alternate app store/platform will operate. This suggests that manufacturers such as Xiaomi, Huawei and BBK Electronics-owned OPPO and Vivo are looking to cash in on their popular markets and break away from the near monopoly that Android and its Google Play Store holds, in terms of the developer, the device maker and the user.

The report states that the platform is being created by these four companies to help developers outside China upload apps to all of their respective app stores simultaneously. As a result, the platform will create an alternate app store of sorts, where users can get access to a considerable volume of apps even outside of the Google Play Store.

Huawei, OPPO and Vivo declined to comment on the matter, but the report quotes a Xiaomi spokesperson as saying, “The GDSA solely serves to facilitate the uploading of apps by developers to respective app stores of Xiaomi, OPPO and Vivo simultaneously. There’s no competing interest between this service and the Google Play store.” It also notes that the spokesperson denied Huawei’s role in the alliance, which may or may not be the case since the latter has already unveiled its own operating system, HarmonyOS, with its own app store and mobile services in response to pressure from the US. While it is imperative for Huawei to have an alternate app store option, the situation is not quite as dire for Xiaomi, OPPO and Vivo as they have full access to Google and its services. However, building this alternate platform will certainly help the companies grow negotiation power against Google, which right now enjoys a monopoly in this space.

The report further states that the GDSA might look to rope in developers not just by flashing their numbers, but also offering developers a better revenue share model and stronger monetisation plans, at least initially. However, it also quotes analysts as saying that an alliance between traditionally rival companies have never really worked out in the past, and what will be difficult to see is how well is it executed in the long run. It is believed that plans to launch the GDSA was initially pegged at March 2020, but may now get delayed as the companies are still working on ironing out any issues with the alliance.

Xiaomi, Huawei, OPPO and Vivo have grown quite big on their own rights as well — a Counterpoint report states that in 2019, the four smartphone makers were all part of the top six OEMs in the world, and shipped over half a billion devices between each other in just one year. The four smartphone makers shipped 40 percent of all devices last year, suggesting that they do have the user base and market strength to pull off a Play Store rival that developers would be interested in.