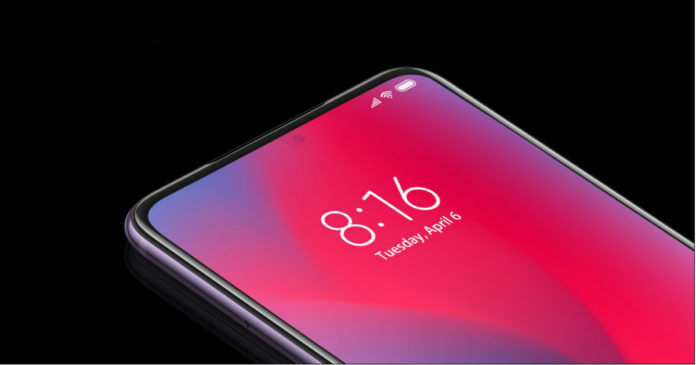 “Alongside OPPO, Xiaomi has also presented a demo and a brief explanation of how the under-display camera is complemented by a special glass on top of it”

Xiaomi has come up with its own, proprietary solution to the all-screen smartphone display conundrum, by placing the front-facing camera underneath the display glass. The solution, which the company claims is an in-house engineering effort, installs the front-facing camera underneath the display panel, and instead of the usual display panel, uses a more advanced setup with charged electrodes on either side of the OLED display, which help turning it transparent. It then uses the screen’s glass as the optical lens for the front camera to create a front camera that always remains invisible to the human eye. 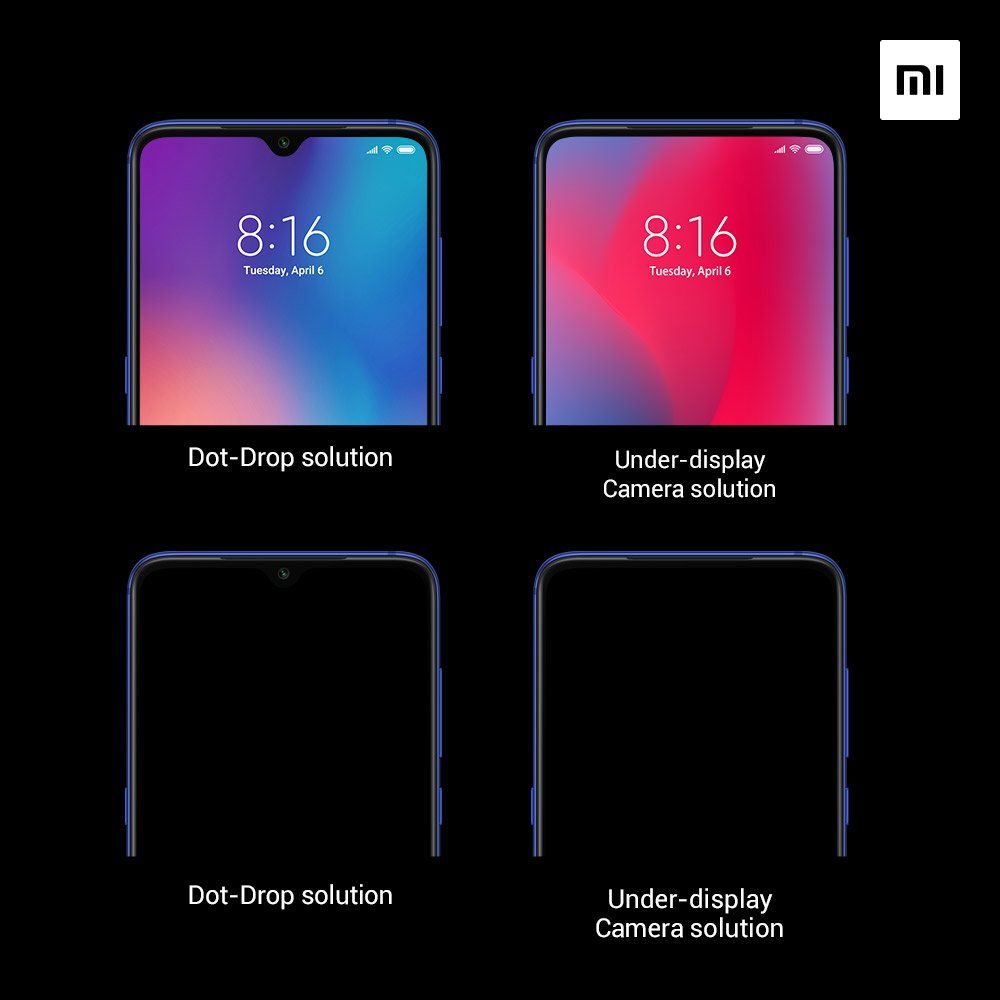 With smartphone display panels attempting to reach a point of no bezels, cut-outs, notches or pop-up mechanisms, the quest is on to find the ultimate solution for accommodating a front camera and an all-screen front, at the same time. The present mechanisms in place are functional — both notches and cut-outs make a smartphone look relatively advanced, while the pop-out formula makes devices look decidedly futuristic. But, notches and cut-outs still present an obstacle to letting a user utilise the full display, while pop-out mechanisms compromise the device’s longevity. An in-display camera, meanwhile, will allow users to make use of the entire display when viewing content or playing games. When the time comes, switching on the front camera would induce a specific charge to the transparent cathode and anode on either side of the display, which in turn render the OLED display crystals as transparent too. 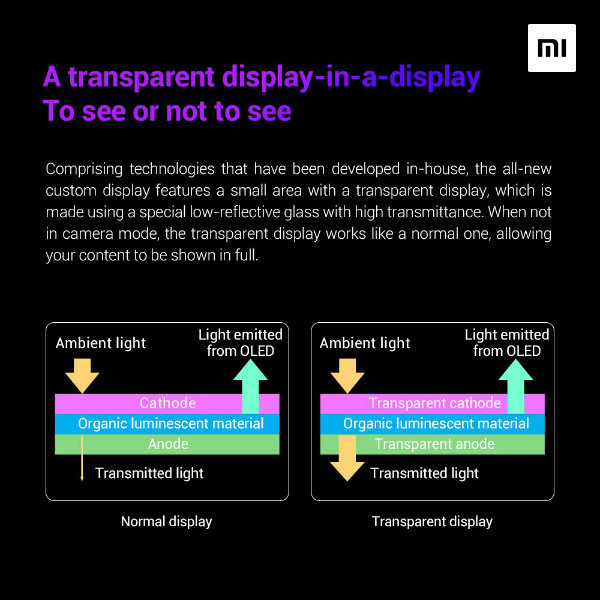 It is not yet clear as to how effective might the idea be. For one, the technology is bound to be an expensive piece of engineering to begin with, considering the charge-induced transparency mechanism. Furthermore, the sensor and the lens will be placed quite far (in relative terms), and between the two, there would be three layers with charge-induced transparency. Depending on the material’s properties, this may lead to loss of clarity and details, along with poor low light performance owing to reduced incident light on the sensor’s surface.

Xiaomi co-founder Lin Bin earlier today demonstrated a working prototype of the tech, showing a Mi 9 prototype featuring a working version of the under-display camera. While it does seem to be working for sure, there is no way to judge the quality of images shot by it. Also today, fellow Chinese OEM OPPO also shared a teaser of a working variant of its under-display camera, and it is likely that despite proprietary application, both the devices in question use similar technology.

It is unlikely that phones with under-display cameras will launch very soon, so if you’re interested in getting your hands on one, be prepared to wait for quite some time.