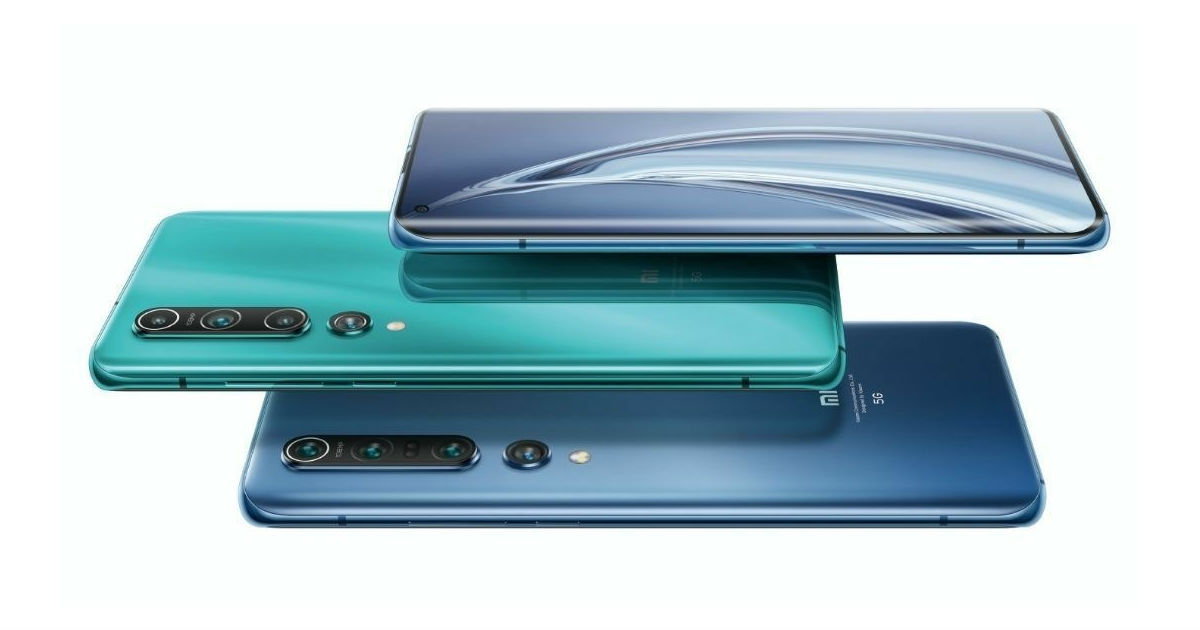 Xiaomi is set to launch its new flagship smartphone lineup, under the Mi 10 series, at the upcoming Mobile World Congress 2020. The new smartphones have recently seen plenty of leaks and rumours, which have revealed most of the smartphone’s specifications. Now, a new entry on the Geekbench benchmark browser has seemingly reaffirmed some of the specifications, while also giving an indication of the kind of performance that the device might offer.

According to the benchmark, the Mi 10 Pro comes with the Snapdragon 865 SoC. It features 8GB of RAM and runs on Android 10 OS. That, however, is as much as what the benchmark reveals. The Geekbench screenshot reveals scores of 904 for single-core performance and 3,290 for multi-core performance. However, since this is a pre-launch model, it is likely that the Mi 10 Pro does not run on production level firmware right now, as a result of which the overall performance may differ once it runs on its final firmware. 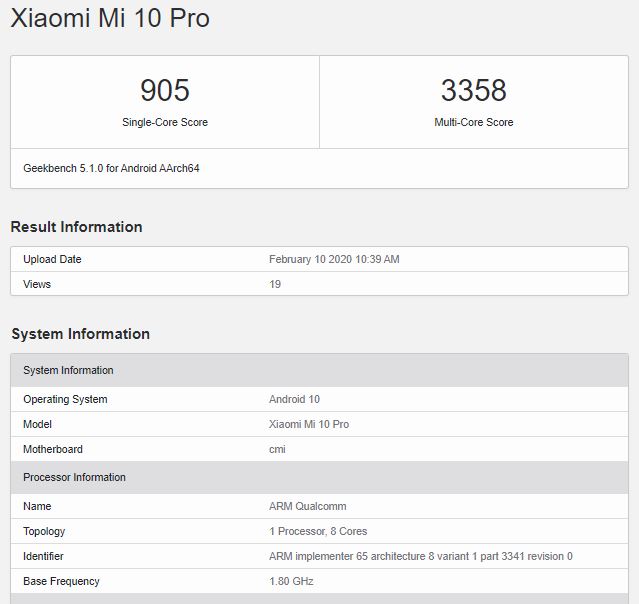 The highlight of the Mi 10 series is expected to be the 108-megapixel camera at the rear, featuring Samsung’s ISOCELL Bright HMX sensor. Apart from this camera, the Mi 10 Pro is expected to feature 5G connectivity, and also come with features such as Wi-Fi 6, Bluetooth 5.0, LPDDR5 RAM and UFS 3.0 storage. Storage and RAM options are expected to begin at 128GB and 8GB respectively, and go up to 256GB and 12GB.

The Mi 10 Pro will also feature a punch-hole front camera, as has been described by teasers and spotted in leaked posters. While this makes for a compelling overall package, it is unlikely that the Mi 10 series will be launched in India. The last Mi flagship that was launched in India was the Mi 5, following which Xiaomi decided to mostly stick to the Redmi lineup of devices in India.