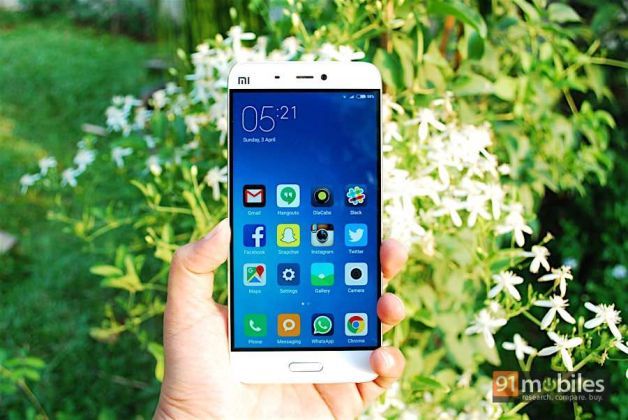 [Update: September 13th] – The Xiaomi Mi 5s has now been spotted on AnTuTu benchmarks as well, which also suggests the phone will offer a 5.15-inch display, a Snapdragon 821 SoC, an Adreno 530 GPU, and Android Marshmallow.

Several reports in the past have suggested that Xiaomi is working on a new flagship dubbed the Mi 5s. A few core specs of the Mi 5s were leaked in June, which suggested that it will be an enhanced version of the Mi 5 (review), and will offer a pressure-sensitive display. Now, full specs of the phone have been spotted on Weibo in the form of screenshots. 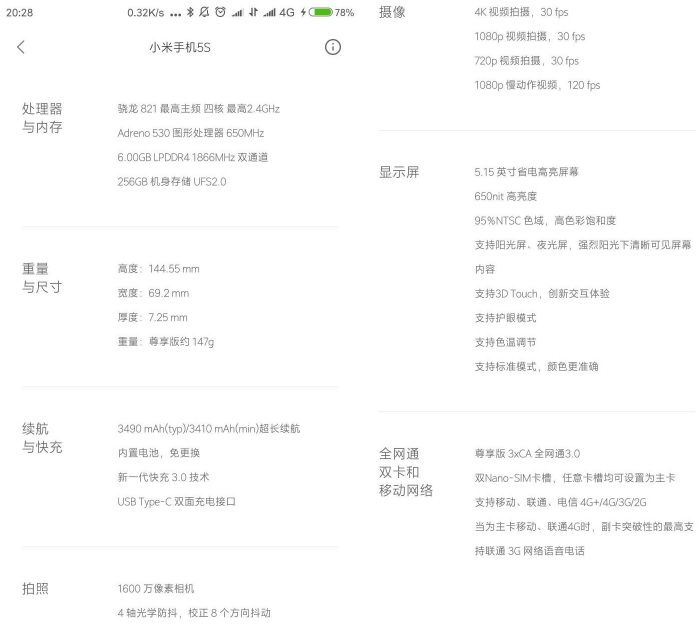 According to the leak, the Xiaomi Mi 5s will sport a 5.15-inch pressure-sensitive display, which will enable Apple’s 3D Touch-like functionalities. It will be powered by a Qualcomm Snapdragon 821 processor clocked at 2.4GHz, mated to 6GB of RAM and an Adreno 530 GPU. It will offer a waistline of 7.25mm, and tip the scale at 147g. The phone will offer 256GB of internal memory, dual-SIM slots, 4G LTE, NFC, and Infrared sensor. It will feature a 16MP primary snapper with 4-axis optical image stabilisation, phase detection autofocus, f/1.8 aperture, sapphire glass protection for lens, 6P lens, and 4K video support. Its worth mentioning that the Mi 5s was earlier rumoured to sport a dual camera setup on the back.

The Xiaomi Mi 5s will pack in a 3,490mAh battery under the hood with Qualcomm Quick Charge 3.0 support. The phone is rumoured to sport an ultrasonic fingerprint sensor from Qualcomm. Earlier reports have indicated that it will be available in multiple storage variants. Its 128GB and 64GB models are expected to pack in 4GB and 3GB of RAM respectively. The flagship is expected to be unveiled sometime this year.

In related news, an online store in China is offering a modified version of the standard Xiaomi Mi 5 with overclocked CPU and GPU for around Rs 20,000. The Mi 5 High version gets a Snapdragon 820 processor clocked at 2.15GHz, an Adreno 530 GPU clocked at 624MHz, as compared to 1.8GHz CPU and 510MHz GPU of the regular variant. However, it’s unlikely that Xiaomi will officially launch this phone.