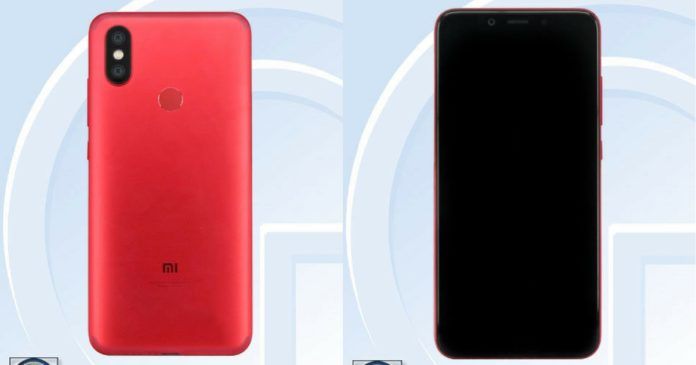 We already know that Xiaomi is working on the successor to its Mi A1 (review), which was launched as the Mi 5X in China last year. The upcoming smartphone is aptly dubbed as the Mi 6X or Mi A2, for the global market. While earlier, the device was said to be equipped with Xiaomi’s Surge S2 SoC, it was later reported to be powered by a Snapdragon 660 SoC. Now, a new leaked image has turned up on the Internet, which suggests that the device might stick with another processor from Qualcomm. 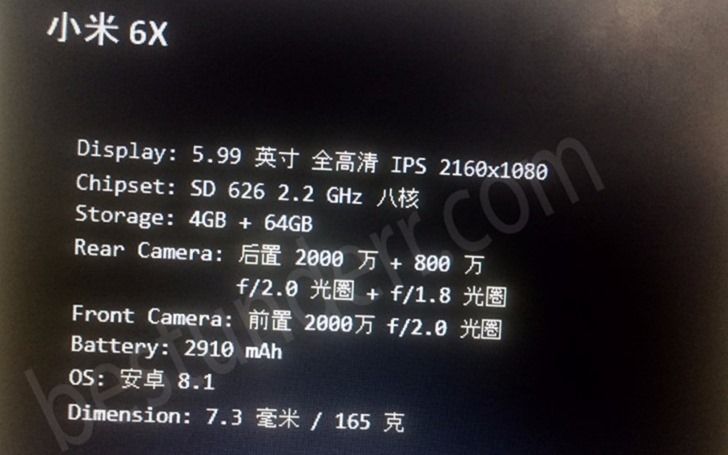 In the recently leaked image – which reveals its key specs – the Xiaomi Mi A2 will be equipped with a 2.2GHz octa-core Snapdragon 626 SoC. In the memory department, the device will allegedly come with 4GB RAM and 64GB of storage. The leaked image also indicates that the handset will boot the latest Android 8.1 Oreo out of the box. And since the Mi A2 is the successor to the Android One Mi A1, we can expect the operating system to be a part of Android One initiative as well. The image also reveals that the upcoming smartphone will ship with a 5.99-inch display bearing a full HD+ resolution. For cameras, the handset will reportedly feature 20MP + 8MP rear cameras and a 20-megapixel shooter on the front. A 2,910mAh battery rounds up the info revealed by the image. 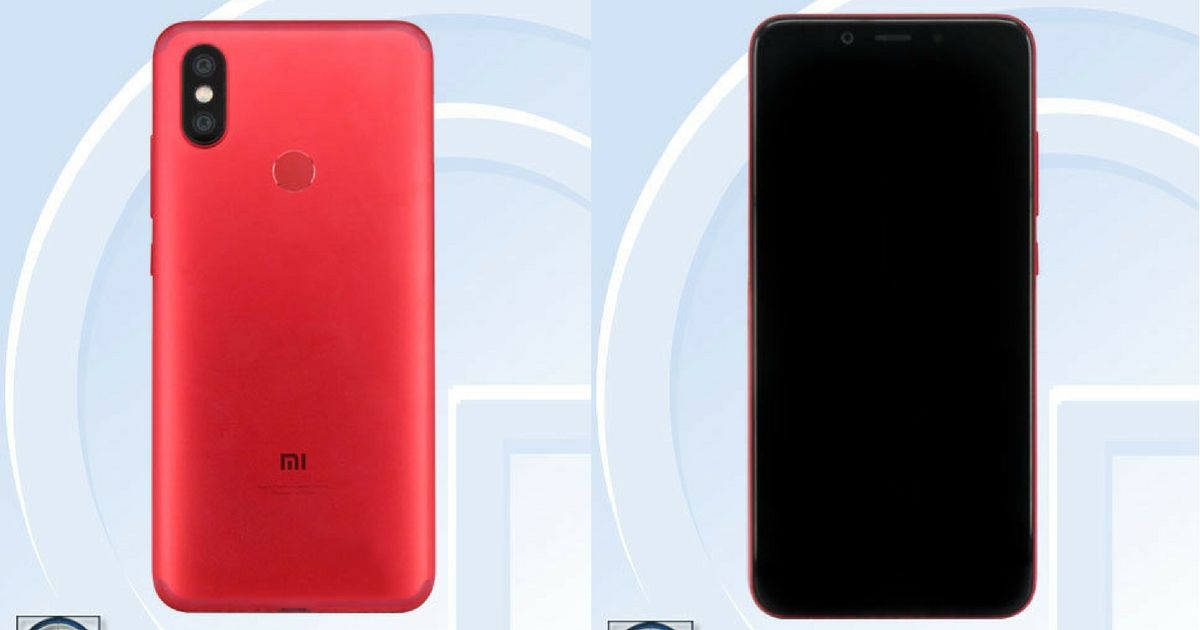 Prior to this, the handset was seen on the Chinese certification website TENAA and the design of the device was revealed for all to see. As per the TENAA listing, the Mi A2 is likely to have the same design as the recently launched Xiaomi Redmi Note 5 Pro (review).

While there are no details regarding the pricing and availability of the handset, it’s being speculated that brand will unveil the Xiaomi Mi 6X aka Mi A2 sometime in August this year.