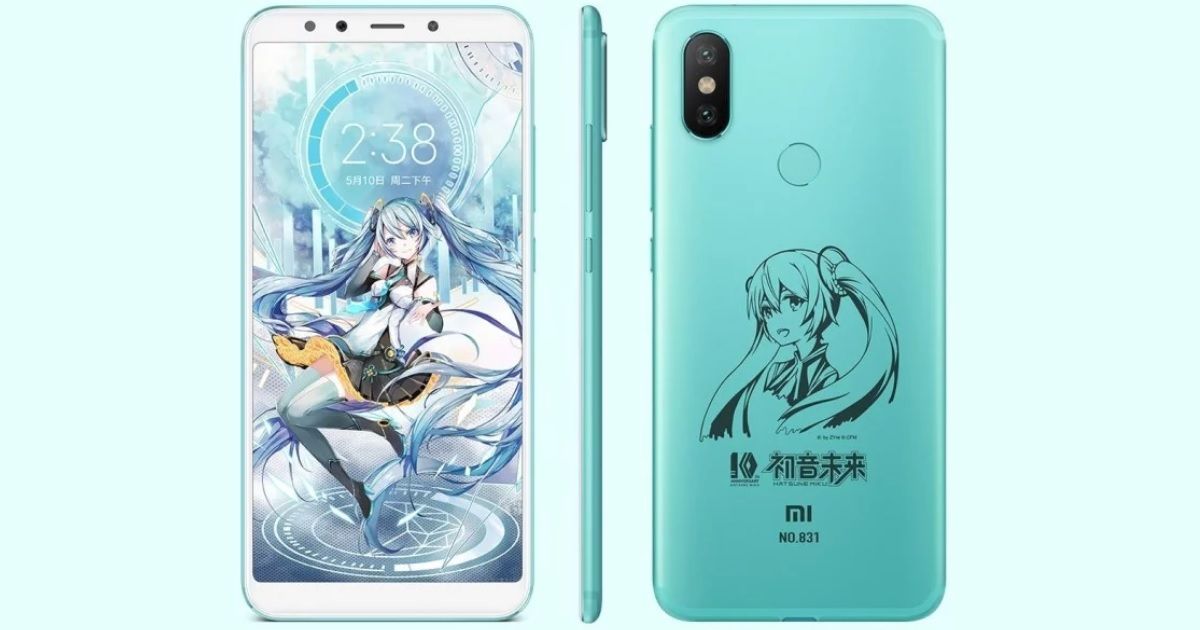 As reported earlier, Xiaomi has unveiled the Mi 6X Hatsune Miku Special Edition smartphone in its home market of China. The company has launched the new variant to commemorate the anime-inspired virtual idol’s 10th anniversary. This variant offers the same set of features as the regular edition, but sports a custom Hatsune Miku design and a special packaging that contains things like a personalised 10,000mAh power bank, a TPU case with matching artwork, and a metallic collectors card. 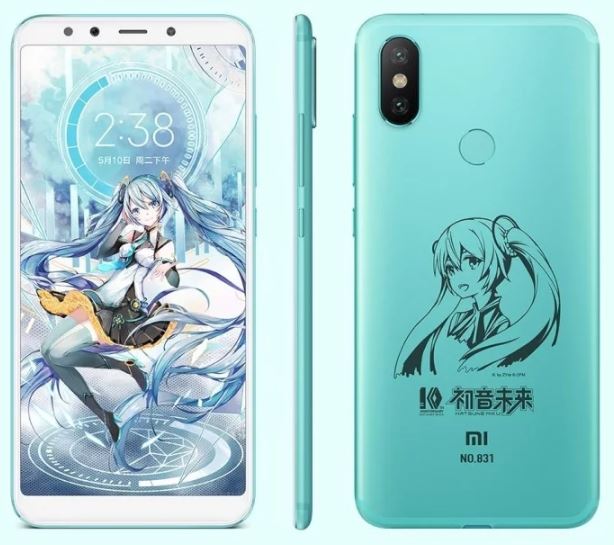 Each unit of the Xiaomi Mi 6X Hatsune Miku Special Edition sports a unique global number that’s written at the back below the character’s image. The company will be producing 5,000 limited units of the special edition smartphone. While the regular Mi 6X is available in multiple RAM and storage variants, its Hatsune Miku edition will be available in a single 6GB RAM and 64GB storage model. The phone has been priced at RMB 2,099 (~Rs 21,800), and is available for reservations in China. The handset will go on sale starting July 3rd exclusively through Xiaomi Mall e-store. 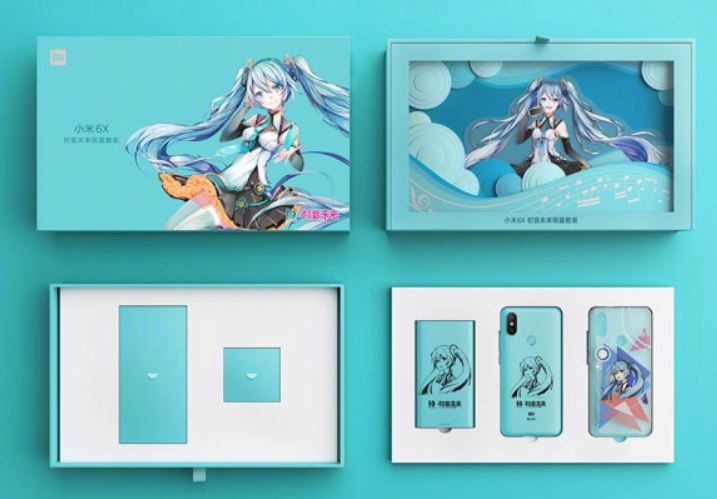 Apart from a special artwork and packaging, the Mi 6X Hatsune Miku Special Edition offers the same set of specifications. The phone gets a 5.99-inch full HD+ display with an aspect ratio of 18:9. The device is powered by a Snapdragon 660 SoC, and boots MIUI 9.5 based on Android 8.1 Oreo out of the box. At the rear, there’s a 20MP primary snapper, aided by a 12MP secondary shooter. For selfies, you get a 20MP snapper, while a 3,010mAh battery keeps the handset running. 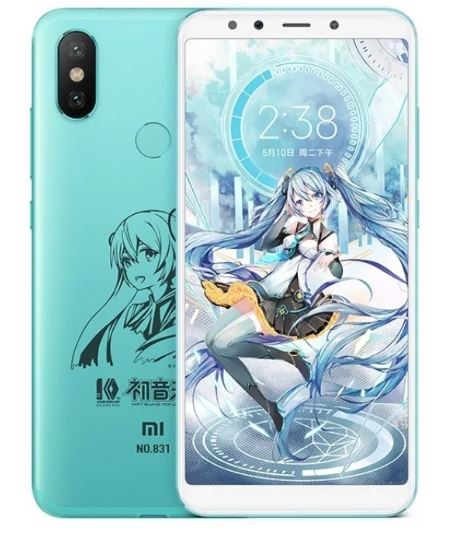 The Xiaomi Mi 6X comes in five colour variants – Black, Gold, Rose Gold, Red, and Lake Blue. The phone is expected to be launched in other markets like India as the Xiaomi Mi A2.