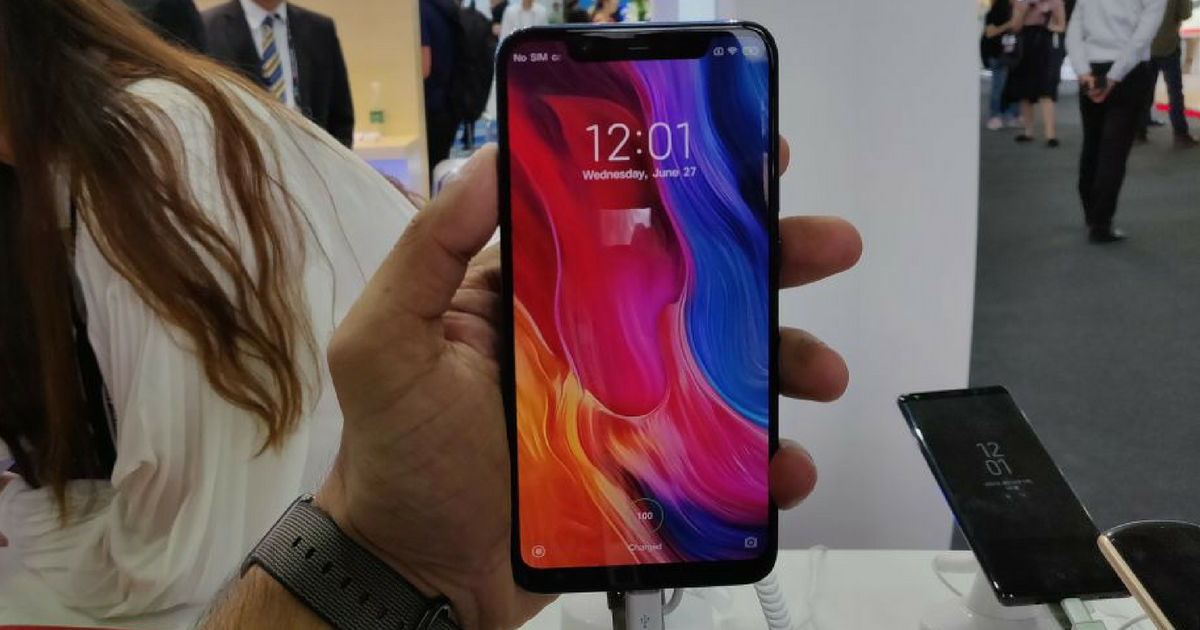 “The Mi 8 is a stunning, loaded flagship”

It’s not unheard of Android manufacturers to draw inspirations from their direct competitor in the west. As a matter of fact, ever since Apple came out with the notch-laden iPhone X (review), we’ve seen numerous Android phonemakers follow suit and adopt the trend. That being said, we’ve seen plenty of Android smartphones which ship with razor-thin bezels despite not sporting a cut-out of any sort. Xiaomi’s Mi Mix series is a fine example of this wherein, the company managed to put the secondary camera and all the necessary sensors out of the way of the smartphone’s gorgeous display. Therefore, you’d understand why I have conflicting thoughts about the company’s latest smartphone, the Mi 8. 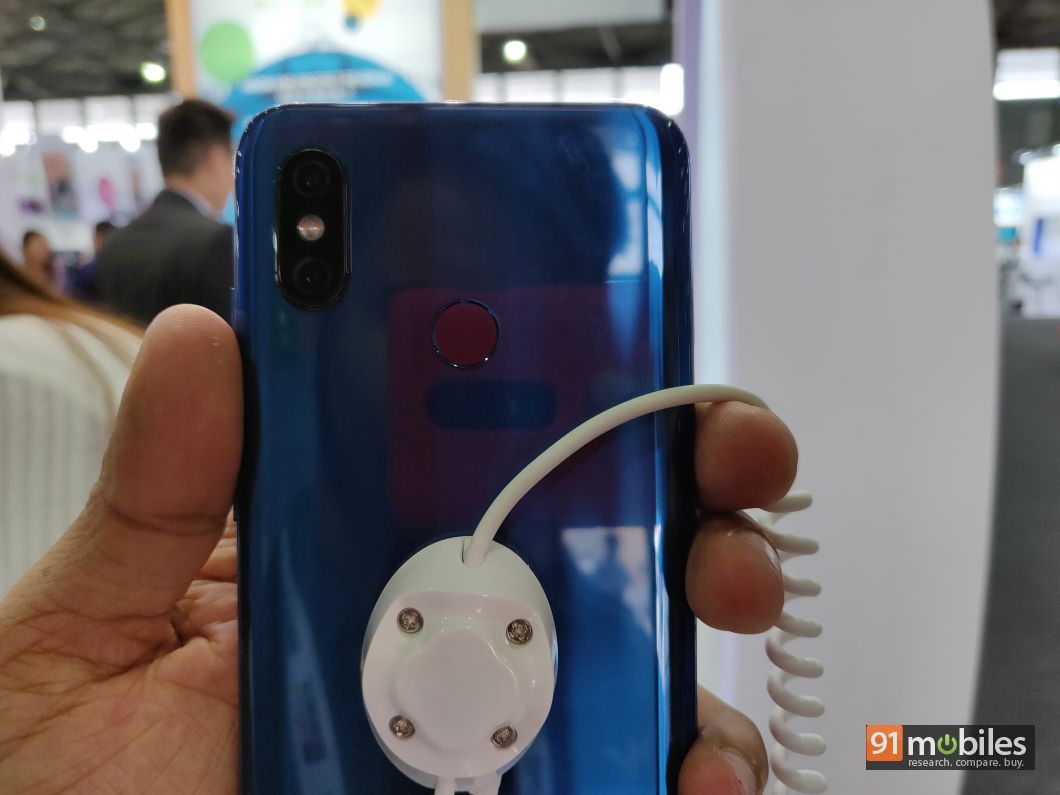 If we keep the brand’s Mi Mix range in mind, Xiaomi seems to be taking a step backwards by putting yet another notch-toting Android flagship in the market. Yet, despite the uncanny resemblance to the iPhone X, the Mi 8 is still one of the best 2018 flagships I’ve come across this year. To know why I think so, read on for my first impressions of the smartphone. 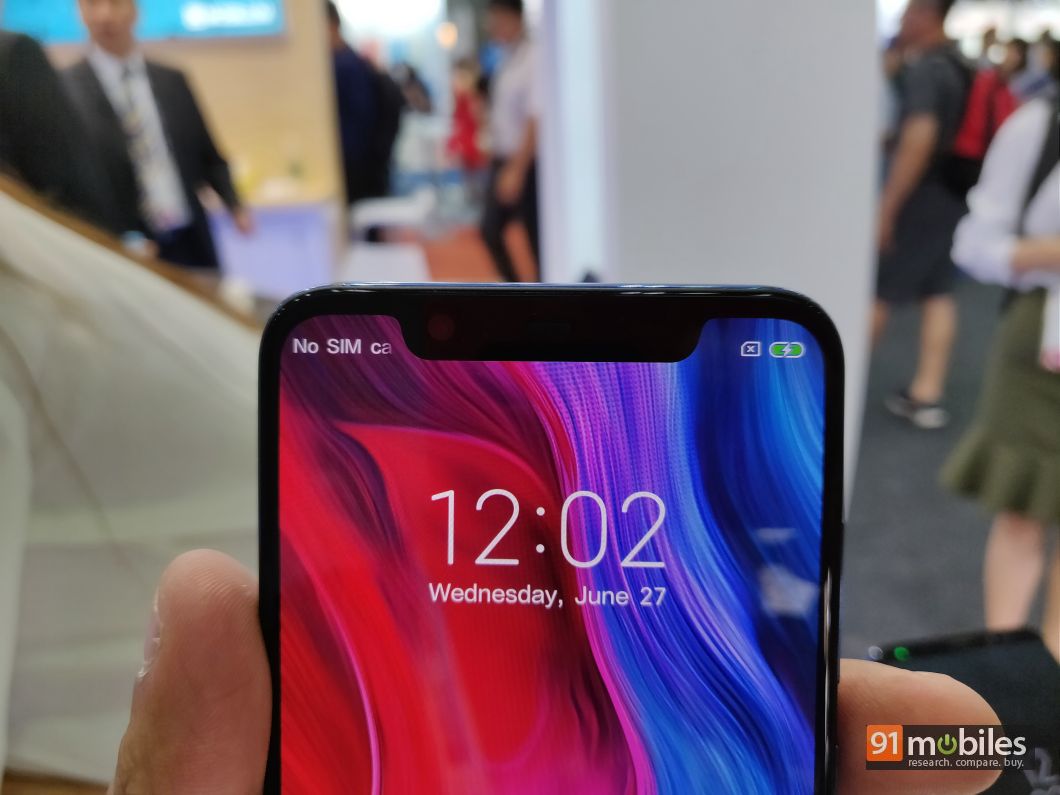 Let’s start by addressing the elephant in the room – yes, the Mi 8 looks identical to the iPhone X. However, the smartphone also comes wrapped in vibrant colours, such as the shiny blue hue I checked out at MWC Shanghai, which lends it a unique identity of its own. Moreover, there are several differences if you’re willing to look past the handful of similarities between the two smartphones. For starters, the Mi 8 ships with a fingerprint sensor, available at the back. Moreover, the Mi 8 comes with dual-curved glass on the back too, which make the otherwise slippery smartphone slightly better for one-handed use. 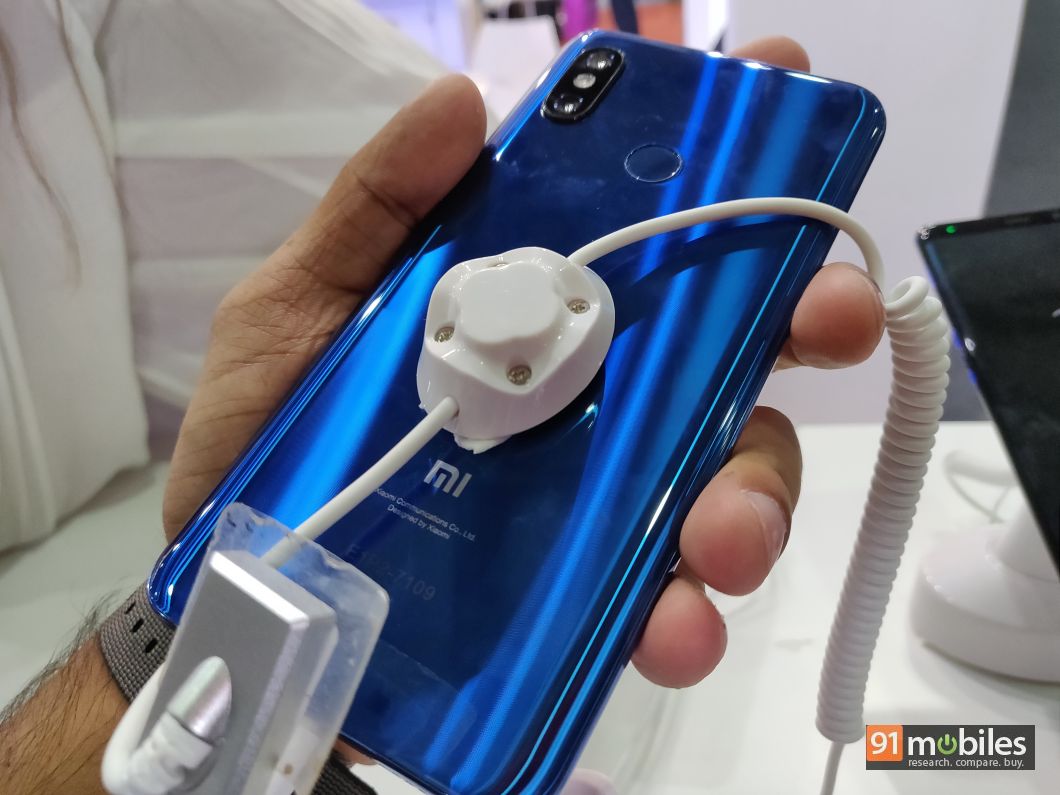 Lest I forget, the Mi 8 is a stunning smartphone and the handset will undoubtedly grab eyeballs every time you take it out of your pockets. Everything considered, you are getting the design of a premium flagship for almost half the cost without any compromises in the build quality. If you still want to stand out from the herd of notch-based smartphones, Xiaomi even has an Explorer edition of the Mi 8 on sale, which comes with a translucent back, allowing you to get a peek at the innards of the handset. But sadly, it was nowhere to be seen at the demo booth. 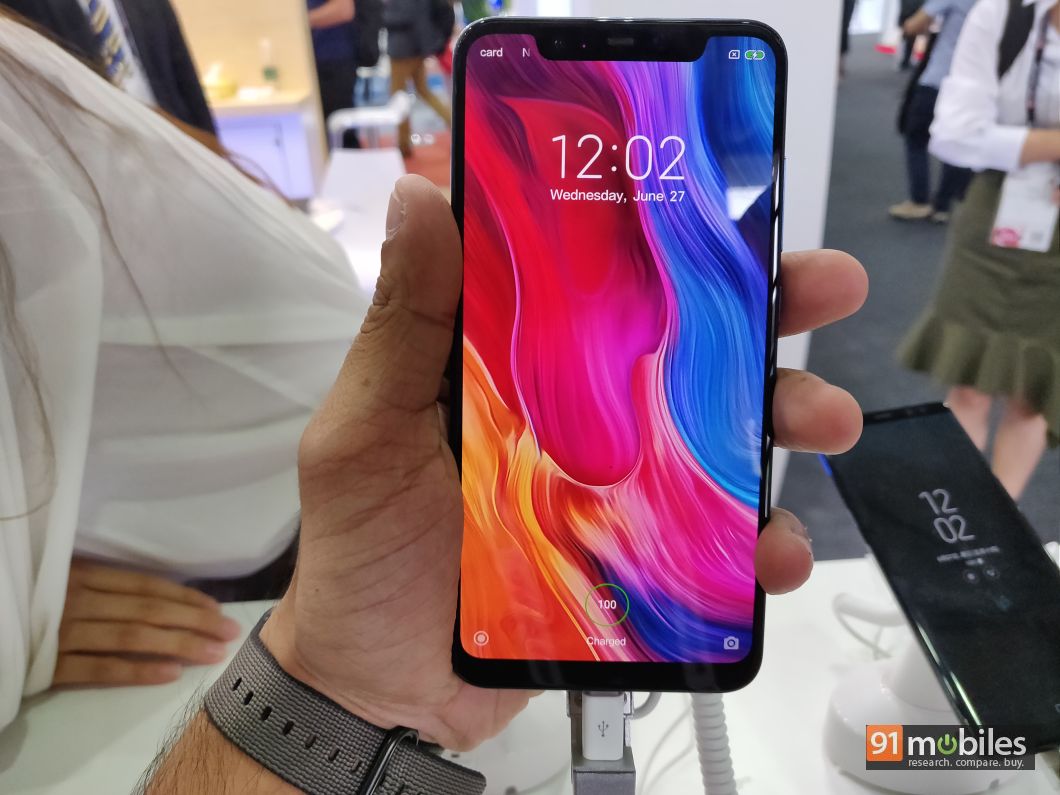 Moving on, the Xiaomi Mi 8 comes equipped with a 6.21-inch FHD+ Super AMOLED display. As a result, the smartphone’s panel looked gorgeous from all angles and exhibited deep blacks with little-to-no backlight bleed.

The ports and buttons have been placed in their usual spots. You’ll get a dual-SIM tray positioned on the left, with the volume rocker and the power button located on the right spine. There’s a USB Type-C port positioned at the bottom, sandwiched between two grills. As aforementioned, the back of the device is the home to a fingerprint sensor. You might not need to use the fingerprint reader however, considering that the Mi 8 also comes with 3D face unlock tech, which works just like the one on the iPhone X. Unfortunately, I wasn’t able to test both the authentication methods during my limited time with the device. 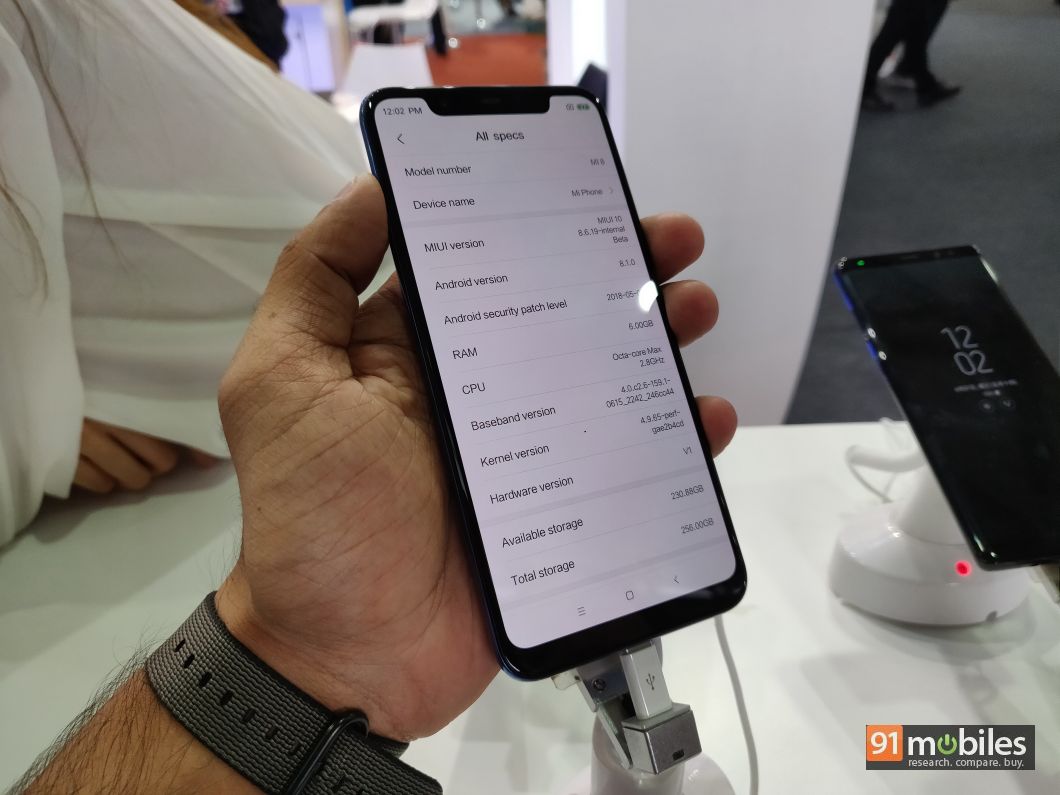 In terms of core specs, the Xiaomi Mi 8 is backed by the latest and greatest chip from Qualcomm – the Snapdragon 845. The processor works in tandem with 6GB of RAM and up to 256GB of built-in storage. Naturally, I didn’t come across any instances of lag or stutter on the device during my initial stint with the handset. Apps opened quickly, UI transitions were buttery smooth and the phone’s memory management seemed to be quite impressive too. 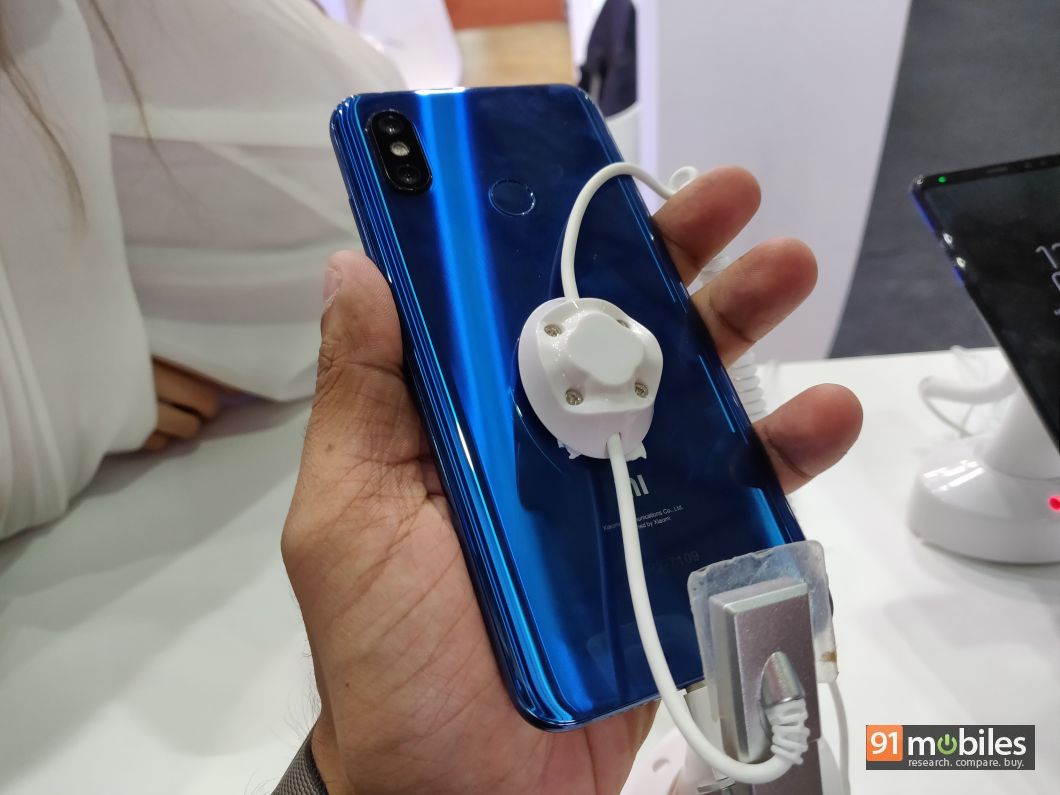 For optics, Xiaomi’s Mi 8 ships with a pair of 12MP sensors at the back, one of which offers 4-axis OIS whereas the other enables 2x optical zoom. For selfies, users will be smiling into a 20MP sensor. On paper, the cameras on the Mi 8 look extremely promising so I can’t wait to see how the smartphone performs in challenging scenarios, including low light. 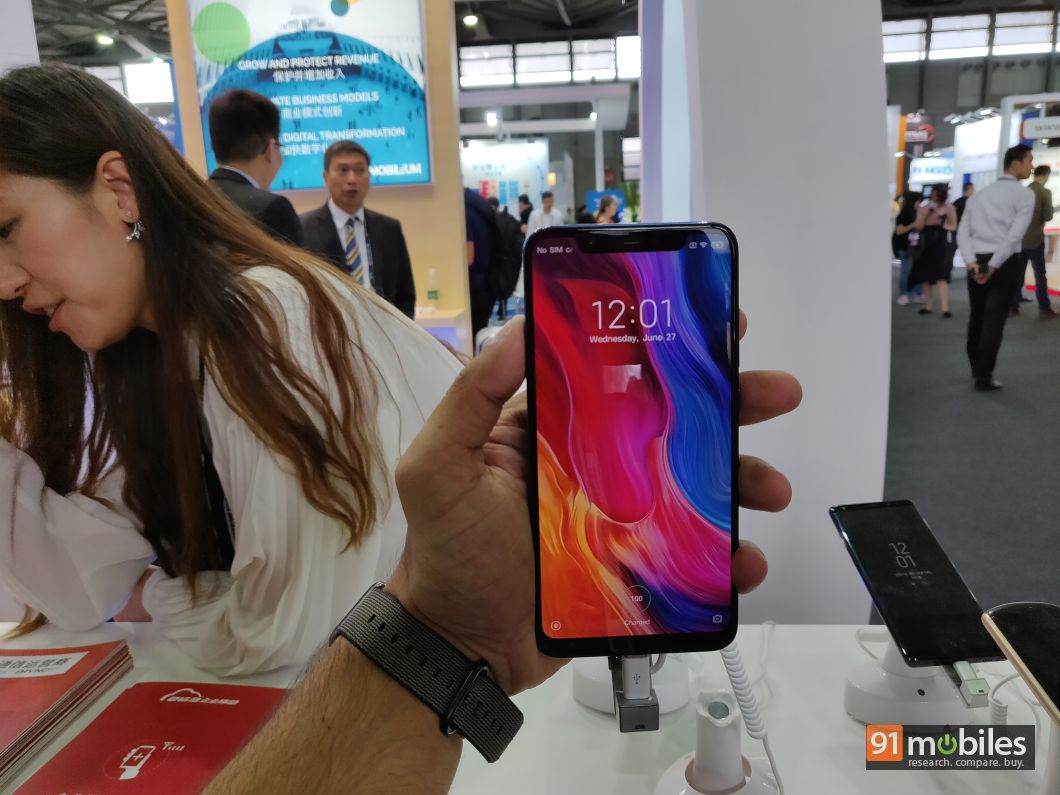 For software, the Xiaomi Mi 8 boots Android Oreo from the get go with MIUI v10 on top. Xiaomi’s custom platform has come a long way and the latest iteration feels a lot more snappier and streamlined than what you might’ve seen on previous models. Lastly, the Xiaomi Mi 8 sips juice from a 3,400mAh battery. As things stand currently, we don’t know if Xiaomi is planning to bring the device to India. However, it does seem like a solid competitor to the likes of the OnePlus 6 (review), which is the darling of many for its price-to-performance ratio.