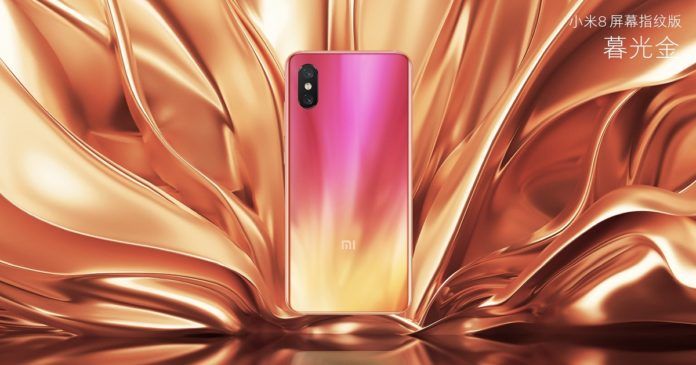 At its Annual Product Launch event back in May, Xiaomi launched its flagship offering, the Mi 8 smartphone. Today, the company has announced a new variant of the same handset called the Mi 8 Pro. In the new Pro model, Xiaomi has only repositioned the fingerprint scanner from the back of the phone to the front — under the display, just like the Mi 8’s Explorer Edition. Everything else remains the same as the regular Mi 8. For the uninitiated, the phonemaker also announced the new Mi 8 Lite smartphone, making it the cheapest in the Mi 8 family. 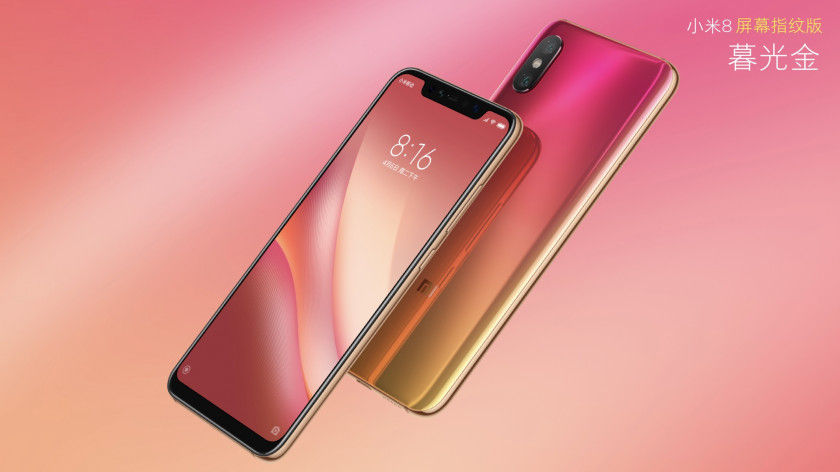 The specifications of the new Mi 8 Pro include the same 6.21-inch sAMOLED display as the standard Mi 8. The panel has a notch up top, comes with an aspect ratio of 18.7:9 and sports a resolution of 2,248 x 1,080 pixels. The phone also comes with a pressure-sensitive in-display fingerprint sensor for biometrics. At its heart lies, Qualcomm’s Snapdragon 845 chipset, paired with 6G/ 8GB of RAM and 128GB onboard storage. For photography, the Mi 8 Screen Pro features a pair of 12-megapixel sensors on the rear with the secondary sensor being a telephoto lens. On the front, it gets a 20-megapixel shooter with IR face unlock. 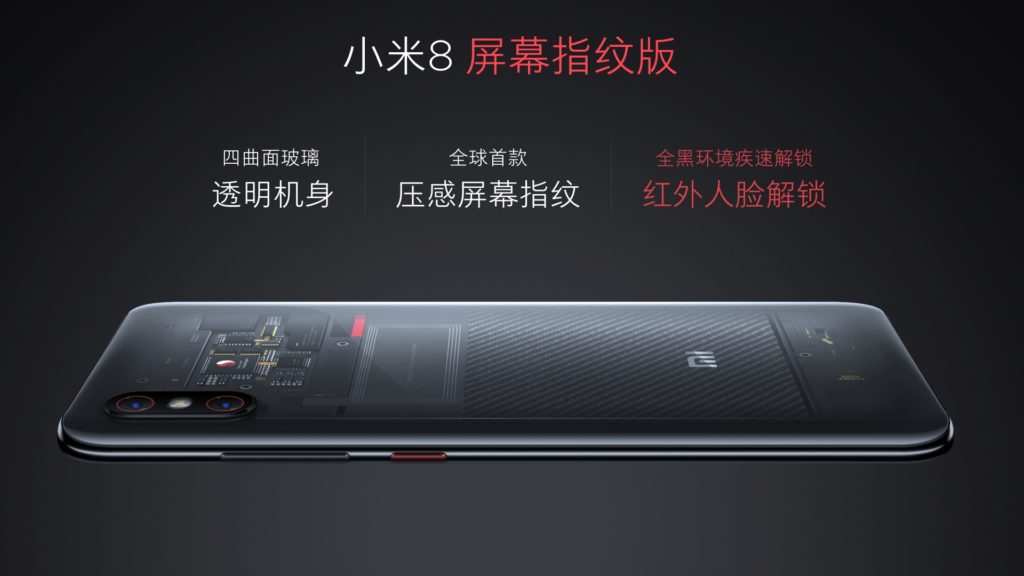 The handset boots Android Oreo-based MIUI 10 out of the box and is powered by a 3,400mAh battery with Qualcomm Quick Charge 4+ technology. Other features include dual-frequence GPS, glass sandwiched design, and connectivity options like 4G LTE, VoLTE, dual-band Wi-Fi, NFC, and USB Type-C.