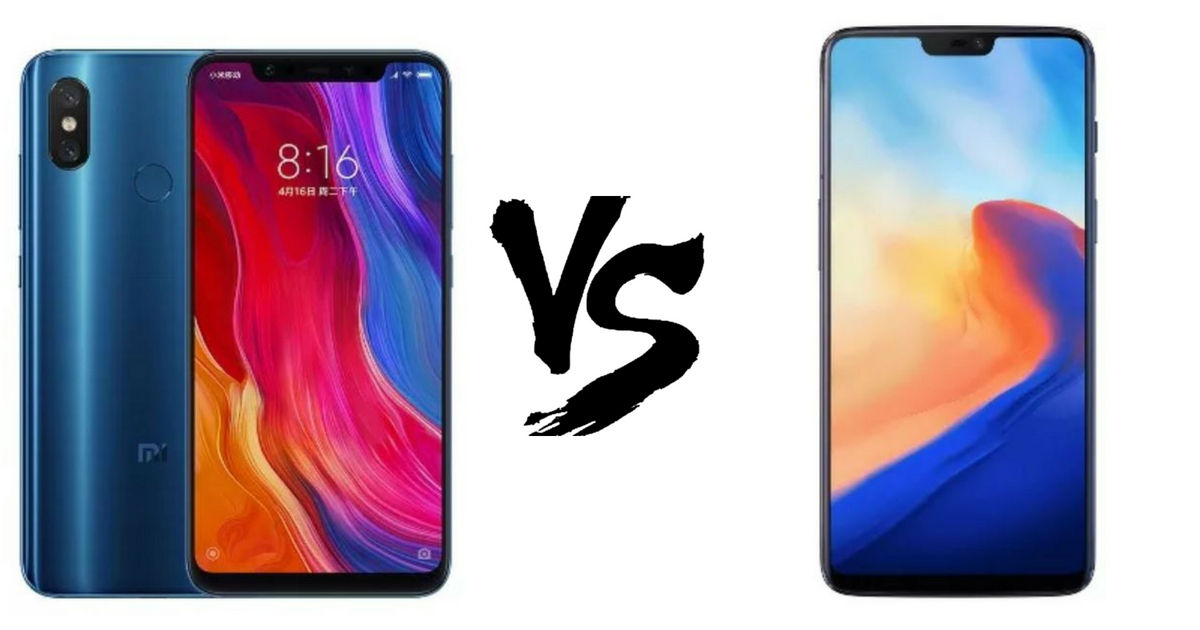 Xiaomi’s new flagship is finally here in the form of the Mi 8. The high-end device looks set to stir up the market with its spec sheet. The OnePlus 6 (review) is of course expected to be its top competitor, in India at least. And both the phones share some similarities between them, including the notch display as well as the Snapdragon 845 chipset. All this makes the job of choosing between them a hard one for potential buyers. But fret not as we’ll give you a detailed comparison between the two.

Both the phones use a combination of metal and glass in their constructions, and both even have vertical dual-camera modules on their backs. Other things that are common among them include rear-mounted fingerprint scanners and minimal bezels up front. The useful alert slider of the OnePlus 6 is still exclusive to it though. And while the OnePlus 6’s notch is a smaller one, the Mi 8’s bigger notch makes space for infrared sensors that look to emulate the kind of face recognition tech that the iPhone X possesses. This means, the face recognition will be more secure and will work even in dark areas. In contrast, the OnePlus 6’s face recognition feature is fully software based. What you’ll dislike about the Mi 8’s design is the missing headphone socket, something that the OnePlus 6 has thankfully retained. Coming to the displays of these phones, their sizes are not much different from each other. While the Xiaomi Mi 8 flaunts a 6.21-inch Super AMOLED panel, the OnePlus 6 sports a 6.28-inch Optic AMOLED display. The former bears an 18.7:9 aspect ratio and a resolution of 1,080 x 2,248 pixels, whereas the latter has gone for even more taller 19:9 ratio with a resolution of 1,080 x 2,280 pixels.

Top-notch internals are on offer with both these phones, as the performance is driven by the Snapdragon 845, which comes with a 2.8GHz octa-core processor and Adreno 630 GPU. But while the OnePlus 6 is available with two RAM options of 6GB and 8GB, the Xiaomi Mi 8 has stuck to just 6GB of RAM. This means its 64GB, 128GB and 256GB variants will all come with 6GB of RAM. It is to be noted that both the phones have shunned microSD card slots, so it’s important to decide which storage model will best serve your needs. A unique feature that the Mi 8 offers is the dual-frequency GPS – available on the smartphones for the first time – which provides more accurate GPS readings by eliminating the interference caused by tall buildings. 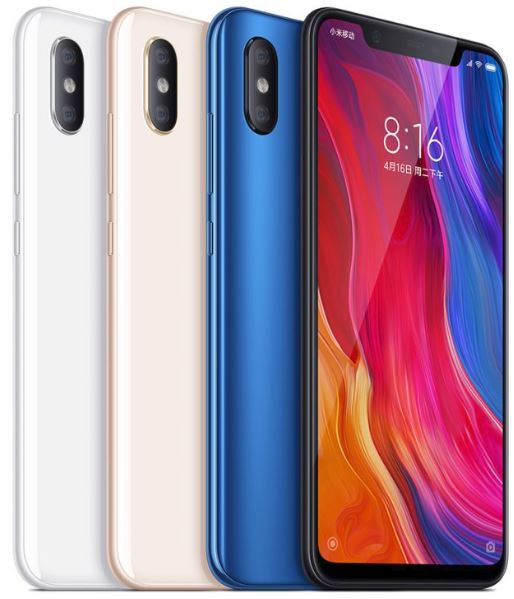 MIUI 10 was one of the headlining features of Xiaomi’s launch event. It comes with an updated Recent apps menu that takes full advantage of phones with large screen real estate. And then there’s AI Portrait, which blurs the backgrounds of selfies without using a secondary camera, similar to the Pixel 2. AI Preload is another new MIUI 10 feature, which analyses your app usage to preload apps and reduces load times.

Just like MIUI 10, the OnePlus 6’s Oxygen OS is also based on Android Oreo. However, it’s a completely different approach to software as you get almost stock interface with little changes that aim to enhance the experience furthermore. One of its biggest additions is a video editor that lets you splice together video clips right on your phone.

The Mi 8’s rear camera setup includes two 12MP snappers, one with f/1.8 aperture and the other with f/2.4. Both these sensors benefit from OIS. And as is the standard these days, the phone’s video recording resolution can be bumped up to 4K at 60fps if you want. While we can’t vouch for the camera prowess, the DxOMark photo score of this phone is 105, while its overall score is 99, putting it above the Pixel 2 and the iPhone X. Coming to the OnePlus 6, it has gone for a 16MP + 20MP camera setup with both the snappers having f/1.7 apertures. However, in the OP6, only the primary sensor offer EIS + OIS. This smartphone too can capture 4K videos at 60fps, but one more trick up its sleeve is the ability to shoot 480fps slow-motion clips at 720p. Selfies on the Mi 8 are taken care of by a 20MP f/2.0 camera which possesses a software-level portrait mode. The OnePlus 6 on the other hand, features a 16MP f/2.0 selfie camera that’s aided by EIS, and is due to get a portrait mode via an OTA.

There is still no charging standard in the world that can beat OnePlus’s Dash Charge, and it’s hence one of the biggest advantages of the OnePlus 6. Moreover, decent battery life is on offer via its 3300mAh cell. The Mi 8 holds a 3400mAh battery inside of its body, which although aided by Quick Charge 4.0+ fast charging technology, is still no match to the instant charging that the OnePlus 6 is able to offer. 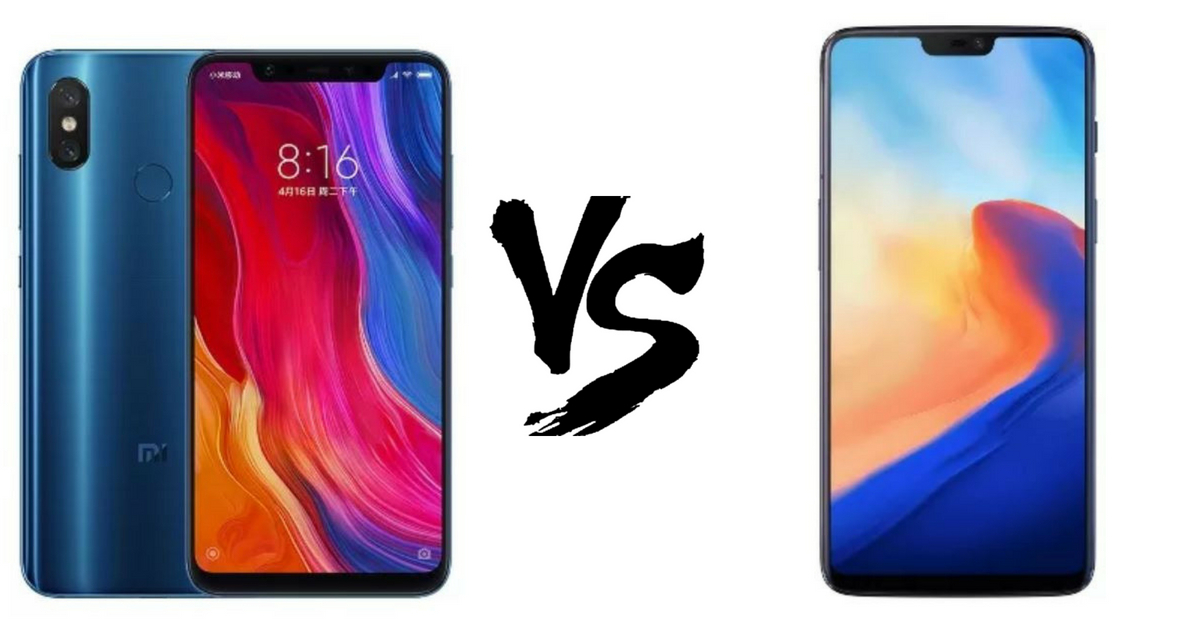