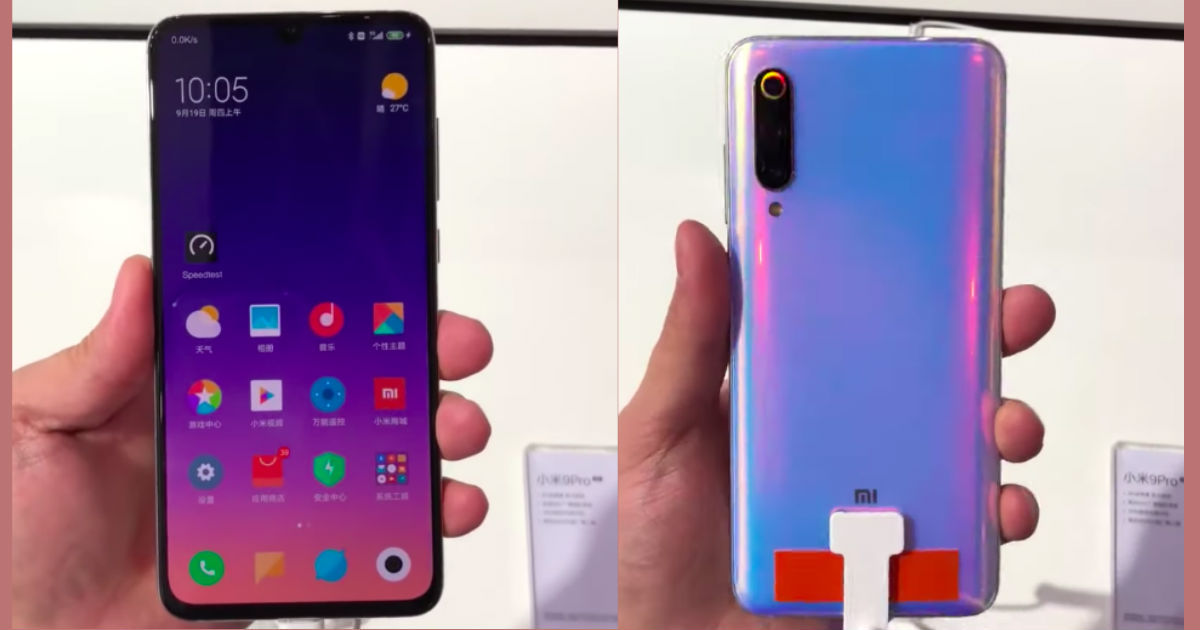 Xiaomi Mi 9 Pro 5G, which is scheduled to launch on September 24th in China, has surfaced in a video. The video has revealed the handset in all its glory. The fascia of the Mi 9 Pro will have a dot-notch display, just like the regular Mi 9 smartphone, and triple rear cameras vertically-aligned at the top-right corner. The phone will have next-gen 5G cellular connectivity and MIUI 10 atop the Android 9 Pie out of the box. Other highlights include Xiaomi’s latest 30W Mi Charge Turbo wireless tech, Snapdragon 855 Plus mobile platform, and 48-megapixel primary sensor. The phonemaker may ship the phone with 8GB of RAM and 256GB storage onboard configuration.

The Mi 9 Pro will be the world’s first smartphone with 30W wireless charging tech, called Mi Charge Turbo. The company claims that the tech can charge a 4,000mAh battery from zero to 100 percent within 69 minutes. The flagship will have the Snapdragon 855 Plus SoC, which offer higher clock speed and 15 percent faster GPU performance than the standard Snapdragon 855 mobile platform. That’s all we know as of now.

Xiaomi, meanwhile, is also expected to launch the next-gen Mi MIX 4 smartphone at the event. The handset will reportedly feature a curved 2K OLED display with 90Hz refresh rate and a staggering 108-megapixel camera at the back. The phone is likely to have a pop-up camera design and Snapdragon 855 Plus mobile platform, paired with up to 12GB RAM + 1TB storage, ticking at its core. The entire setup will run by a rumoured 4,500mAh battery with fast charging support.