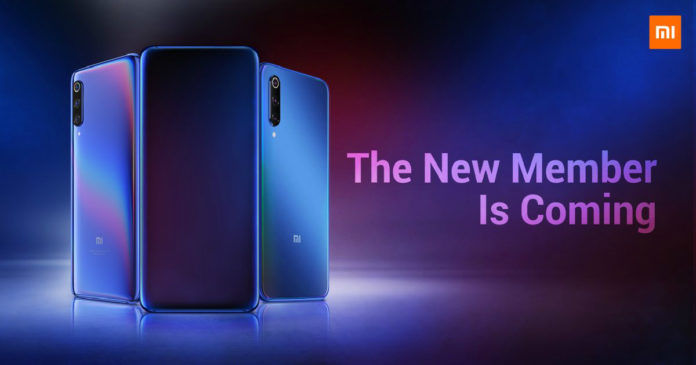 Xiaomi launched the Mi 9 series back in February, and now, the company is gearing up to launch a new variant to the series. A mysterious Xiaomi handset, dubbed Mi 9T, recently received certifications in Thailand and Taiwan, suggesting the launch might be right around the corner. Now, the Chinese brand has shared a new teaser image of the phone, showcasing triple rear cameras and gradient designs. The #PopUpInStyle hashtag from the tweet suggests the handset might rock a pop-up selfie shooter, ditching the regular waterdrop notch found on the standard Mi 9.

K, I or T…Which letter would you choose for the newest member of our Mi9 family? why? #PopUpInStyle pic.twitter.com/Ks5xokWrUG— Xiaomi #5GIsHere (@Xiaomi) May 29, 2019

Furthermore, from the looks of the promotional image, the upcoming Mi flagship looks almost identical to the standard Mi 9 with the vertically arranged triple rear cameras and a gradient back. Since there is no cut-out for the physical fingerprint sensor, it might have an in-display scanner for biometric security. Though it was initially believed the recently launched Redmi K20 Pro might be marketed as Mi 9T in global markets, that might not be the case given the design is entirely different. Since everything is based on rumours and reports, we suggest you take this with a pinch of salt until an official announcement made.

To recall, the Xiaomi Mi 9 is powered by the Qualcomm Snapdragon 855 processor and flaunts triple rear camera setup with a 48MP primary shooter, a 12MP secondary camera, and a third 16MP sensor. For selfies, the device has a 20MP snapper. The Xiaomi Mi 9 sports a 6.39-inch AMOLED display with Gorilla Glass 6 layer on top and boots Android 9.0 Pie based on MIUI 10 out of the box. A 3,300mAh battery with 27W wired fast-charging and 20W wireless charging fuels the phone.