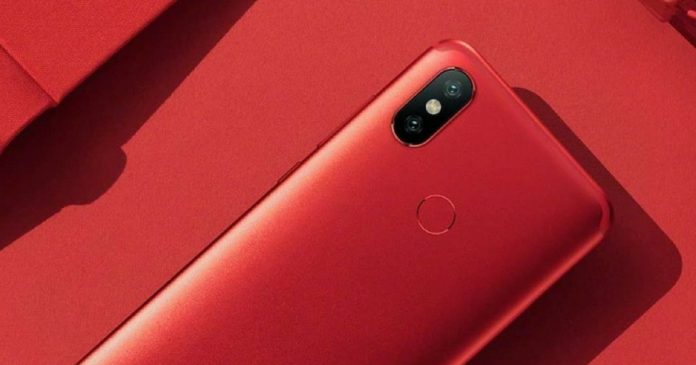 If you have followed Xiaomi’s Android One project, then you’ll probably be aware that the Mi A2 was a rebranded version of the Mi 6X, in terms of hardware. Similarly, the Mi A1 (review) was a repackaged Mi 5X, sold only in China. Now, a new leak of the Mi 9X has surfaced online, shedding light on what could potentially be the Mi A3. Xiaomi is yet to release a Mi A2 (review) successor but recent reports from XDA hint that a couple of Android One phones are being developed by Xiaomi. 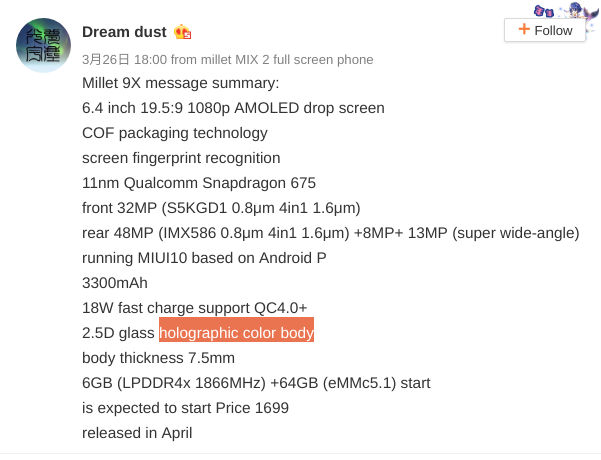 As for the leak, it originates from China’s micro-blogging platform Weibo, giving us a detailed spec list for the Mi 9X for the very first time. If the tipster is to be believed, the Mi 9X could feature a 6.4 inch AMOLED display with 19.5:9 aspect ratio and 1080p resolution. The handset is expected to feature a water-drop notch design and an in-display fingerprint-sensor. With regards to the processor, a Snapdragon 675 SoC has been mentioned, which was recently seen on the Redmi Note 7 Pro.

In terms of cameras, the handset is tipped to feature a 32MP Samsung (GD1) selfie shooter, while the rear camera is expected to be a triple setup, featuring a 48MP (Sony IMX586) sensor, an 8MP + 13MP (super wide-angle) lens. Now, this is indeed interesting as this would be the first Xiaomi phone with a triple camera setup in the budget segment if this turns out to be true. The Mi 9X could end up with a 3300mAh battery supporting 18W fast charge (Quick Charge 4+).

In terms of looks, a gradient finish is expected with 2.5D glass protection. Further, there’s mention of a single 6GB RAM + 64GB storage variant only. According to the tipster, the handset will release in April with a price tag of 1,699 Yuan (roughly Rs 17,400).