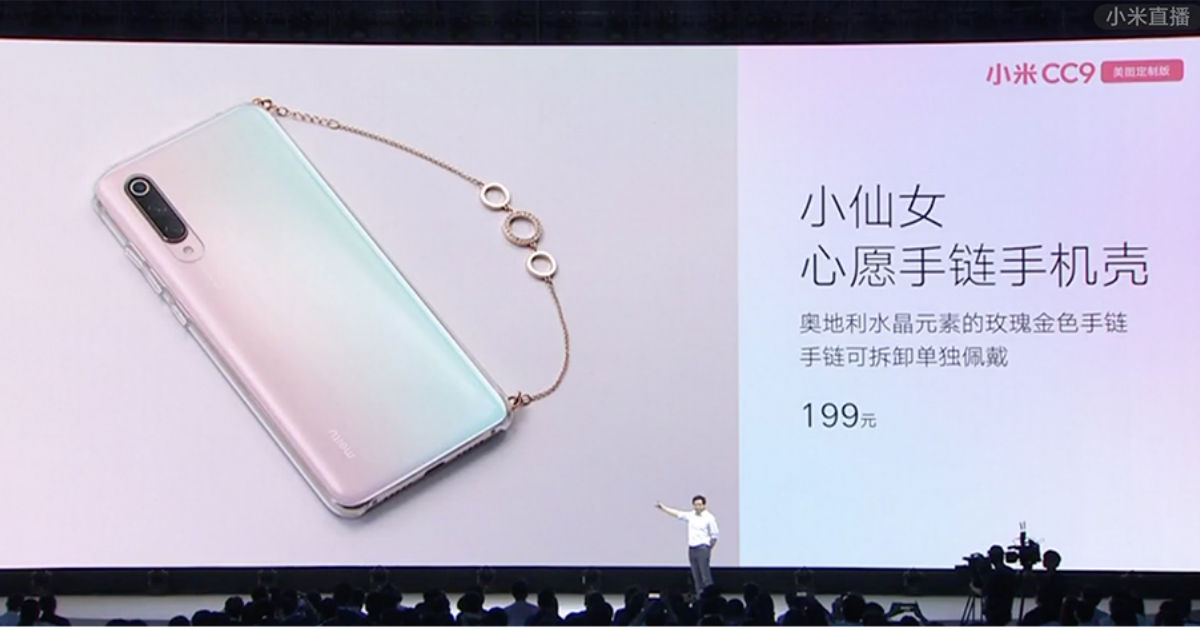 Xiaomi Mi CC9 series has debuted in China. It’s a new mid-range, camera-centric series that comprises from the brand, and Mi CC9 and Mi CC9e smartphones are its first offerings. However, they weren’t the only smartphones that were launched at the event yesterday. Xiaomi also took the wraps off the Mi CC9 Meitu Edition. It’s a special edition smartphone built around a special imaging tech from the smartphone maker Meitu team, which Xiaomi acquired in late 2018.

Apart from the new shade, the new Xiaomi CC9 Meitu Edition looks a whole similar to the regular Mi CC9 series. The handset boasts of a glass sandwich design, a triple camera setup at the back with AI backing, a ‘Dot’ notch display, and an in-display fingerprint scanner. The Mi CC9 Meitu Edition specifications are also the same as those of the standard Mi CC9, which has a Snapdragon 710 SoC ticking at its core, a 6.39-inch sAMOLED display with full HD+ resolution and 91 percent screen-to-body ratio, and a 4,030mAh battery with 18W fast charging support.

However, there is one catch, the Mi CC9 Meitu edition’s triple 48-megapixel + 8-megapixel + 2-megapixel rear camera setup is more capable than the standard CC9. The front camera sports a 32-megapixel shooter for selfies and video calling. The handset is targeted at vloggers and comes with AI lowlight portrait mode along with movie portrait, and full better body beauty filter. The phone is also touted to take better selfies and portraits as well as blur-free videos. On top of this, there is a separate camera app designed by Meitu and a customised version of MIUI OS with Meitu apps and special themes.