If you’ve just spent thousands of rupees on a smartphone, chances are you might not want to splurge money on a pair of expensive headphones from Bose to replace the earbuds that come with your phone. Lucky for you, a lot of advancements have been made in the budget IEM segment and with a little research, you can equip yourself with a really good pair of earphone which doesn’t break the bank. If you did do your research, then chances are that you must have come across Xiaomi’s Mi In-Ear Pro earphones which were launched last year. The budget earphones received rave reviews across the board and just when we thought they couldn’t get any better, the company launched the Mi In-Ear Pro HD earphones. I have been using them extensively for a few days and here’s what I think of them. 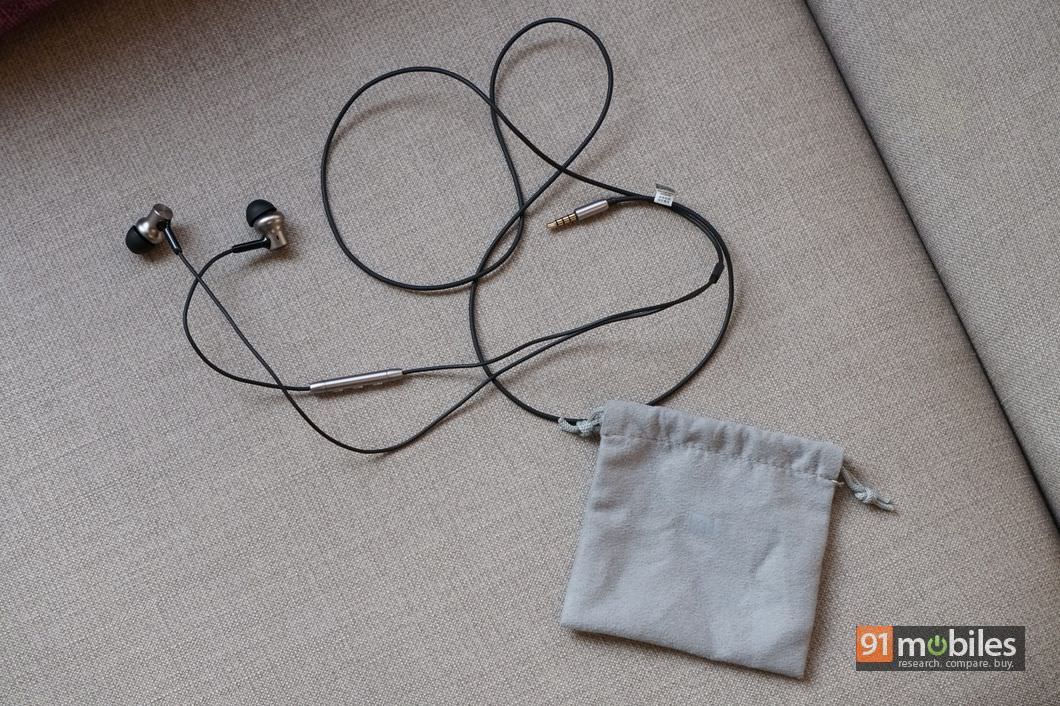 Let me start by saying this – the Mi In-Ear Pro HD’s aren’t actually designed by Xiaomi but a different brand which goes by the name of 1More. Xiaomi markets a lot of products from different brands under its name, such as its fitness bands which are designed by another Chinese firm, YI. Regardless of its maker, the Mi In-Ear Pro HD offers a lot of premium features at an affordable price. Without even mentioning all the technical details that have gone into fabricating the earphones, one look at them and you’ll be convinced that it has been modelled with utmost precision and care to design. The earphones have an angular shape, which gives it a secure fit. Furthermore, the metal construction gives it a solid structure.

The premium construction goes down the line (pun intended), and finds its way on the wired controls and 3.5mm jack housing too, both of which employ the same metal construction used to design the earphones. The buttons on the wired control are tactile and the TPE stretchable matte wiring is to some extent, tangle-free. Frankly, I think Xiaomi has hit the bullseye with the Mi In-ear Pro HD’s design. The only downside of owning the Mi In-ear Pro HD is that it isn’t sweat-proof and therefore, cannot be used to listen to music when exercising.

Even though the earphones have been constructed out of metal, they don’t weigh down on your ears and are very comfortable. The earphones come with a bunch of ear tips of different sizes to help you narrow down the perfect fit for your ear. 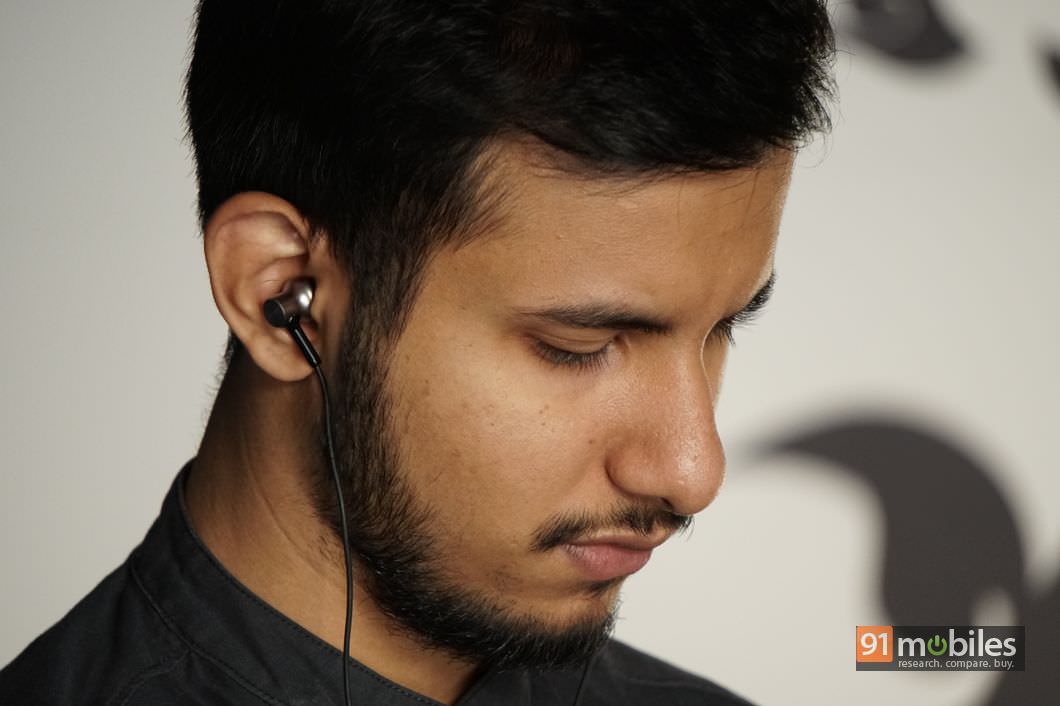 And that brings us to the meat of the matter. How does the Mi In-Ear Pro HD sound? Well, you’ll be glad to know that the earphones sound just as good as it looks, thanks to a trio of drivers powering it. Yes, you read that right. The Mi In-Ear Pro HD has a pair of dynamic drivers which work in tandem with a third armature driver to reproduce great sound. The sound signature is a little on the bright side and therefore, vocals and guitar riffs stand out in a song. Listening to Radka Toneff’s The moon is a harsh mistress showcases its prowess in the mid-frequency range with every note from the piano and the singer’s voice being reciprocated accurately. However, that’s not to say that the bass is lacking. The larger dynamic driver kicks in when needed and there was sufficient thump in the beats of Kanye West’s Love Lockdown. It isn’t overpowering by any means and if you’re looking for thumpy bass, then the Mi In-Ear Pro HD might be a slight letdown.

I found that there was enough width to the songs I listened with the Mi In-Ear Pro HD too. Arctic Monkey’s Do I Wanna Know played great and even in the chorus section of the song I could distinctly tell between the different instruments playing in the background. Having said that, there are some issues with the Mi In-Ear Pro HD. For starters, the earphones are uncomfortable to listen to music at maximum volume as the vocals start to shriek and the audio gets garbled too. Sound Isolation isn’t that great either, and although you can easily block out the ambient noise with the headphones at higher volume levels, you’d then have to deal with the harshness of tone. 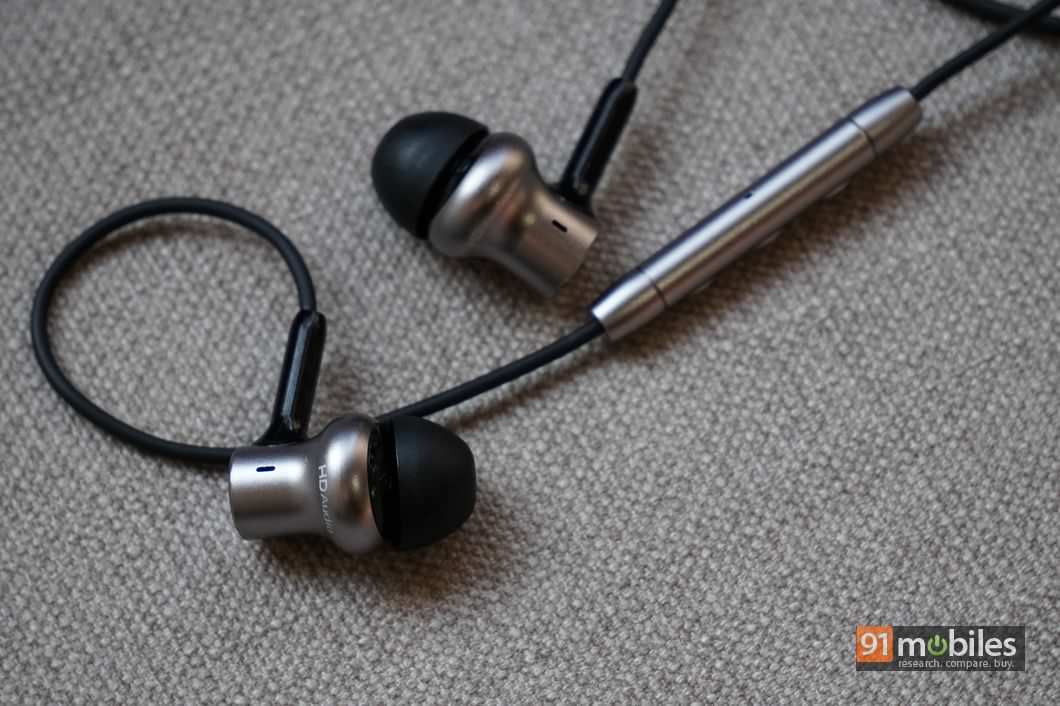 Xiaomi has outdone itself with the Mi In-Ear Pro HD earphones. Not only are the earphones well-constructed, it offers incredible sound and are a bargain for Rs 1,999. It isn’t water or sweatproof which alienates the earphones from a massive audience and, like most of the company’s mobile phones, acquiring the earphones is a task on its own as they are usually always out of stock on the company’s website. However, if you can wait until the next sale, and are willing to compromise on the earphones resistance to water or sweat, then the Mi In-Ear Pro HD could very well be the best Rs 2,000 you’ve ever spent.