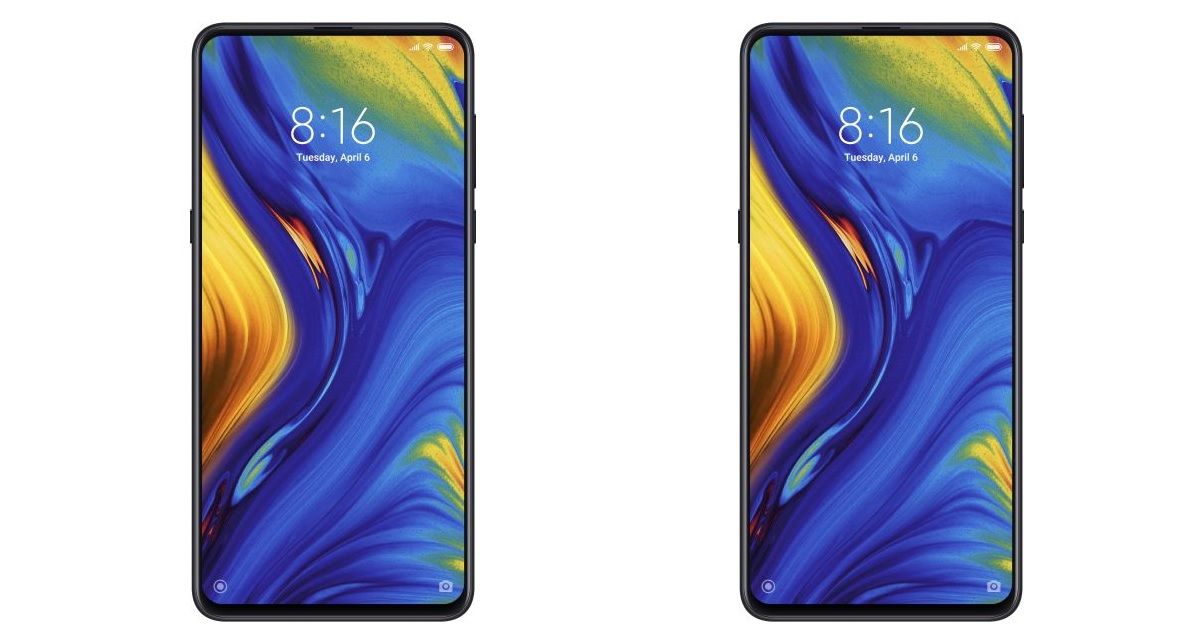 Xiaomi is expected to introduce its latest Mi Mix series smartphone called the Mi Mix 4 by September end or at some point in October. The phone will be the successor of last year’s Mi Mix 3. The next-gen Mi Mix offering is expected to come as a massive upgrade over its predecessor. Ahead of the official unveiling, almost the full set of its specifications have already been leaked on the interwebs. So before the brand officially reveals the features of the phone, here’s a roundup of the Mi Mix 4 specifications based on rumours.

As of now, there’s no official word on the design of the Mi Mix 4. However, we can expect the flagship to flaunt an all-screen design, just like its predecessor. However, there could be some changes in the overall design of the upcoming Mi Mix offering. While the Mi Mix 3 used a slider mechanism to house the selfie camera, its successor could feature a pop-up front snapper, suggest the reports. The phone’s fingerprint sensor is expected to be placed under the display, instead of the rear. Also, the primary camera module of the Mi Mix 4 is said to be placed in the middle of the rear instead of the top-left corner on its predecessor. Lastly, the upcoming Mi Mix is expected to flaunt an all-ceramic body.

Display and software: Mi Mix 4 to reportedly feature a 2K curved screen and MIUI 11 out of the box

According to the reports, the Mi Mix 4 could flaunt a 2K display that will be curved on the sides. The smartphone is expected to flaunt a high screen refresh rate of 120Hz and offer support for HDR10+. As of now, there’s no word regarding the exact screen size of the smartphone, but it could feature a bigger display than its predecessor that offered a 6.39-inch screen. As for the software, the Mi Mix 4 is likely to boot MIUI 11 out of the box, which is expected to be introduced at some point in September. The new OS from the brand is said to come with a handful of new features like a system-wide Dark Mode, and it will supposedly also solve the advertising issues raised by Xiaomi users in the past.

Performance: Snapdragon 855+ chipset and up to 12GB of RAM expected to be onboard

If the reports are to be believed, the Xiaomi Mi Mix 4 could flaunt Qualcomm’s latest top-notch flagship chipset, the Snapdragon 855+. The new processor from the chipset-maker was introduced earlier this year as the successor to the last year’s Snapdragon 855. The new SoC offers a higher clock-speed of 2.96GHz, higher than 2.84GHz found on its predecessor, apart from other graphics and performance enhancements. Configuration-wise, the Mi Mix 4 is rumoured to offer up to 12GB of RAM and up to 1TB of native storage. All the leaked specs are suggesting that the upcoming Mi Mix offering will be one of the most powerful phones on the market.

In the imaging department, the Xiaomi Mi Mix 4 is expected to be the world’s first smartphone to flaunt Samsung’s new 108MP ISOCELL Bright HMX image sensor, which was unveiled recently. The Chinese brand has already announced that the Mi Mix 4 will have a better camera sensor than the Samsung GW1 Bright 64MP module. Also, the company has confirmed that it will be using the new Samsung 108MP sensor. So, it won’t be too far-fetched to expect the Mi Mix 4 to be the first from the phone-maker to offer this camera tech.

According to the reports, apart from the 108MP main camera, the Mi Mix 4 will also feature three additional sensors at the rear. These are said to be a 16-megapixel sensor, a 12-megapixel shooter, and a periscope camera lens. So we can expect the Mi Mix 4 to be one of the best camera phones, at least on the paper. Unfortunately, details regarding the selfie camera are not available at the moment.

Talking about the other specifications, the Xiaomi Mi Mix 4 is expected to come powered by a massive 4,500mAh battery. The phone will reportedly flaunt 25W fast charging capability in the wireless mode and 45W in the wired mode. The smartphone is also said to boast reverse charging functionality. While the Mi Mix 3 doesn’t feature a 3.5mm headphone socket, the Mi Mix 4 is rumoured to bring it back.

As of now, the rumour mill hasn’t unearthed the pricing and availability details of the Xiaomi Mi Mix 4. However, with all the massive feature upgrades onboard, the phone can be safely expected to be priced higher than the Mi Mix 3, which was launched at a starting price of around Rs 35,000. It’s worth mentioning that all of the aforementioned information is based on rumours only, so it’s advisable to take it all with a pinch of salt for now.