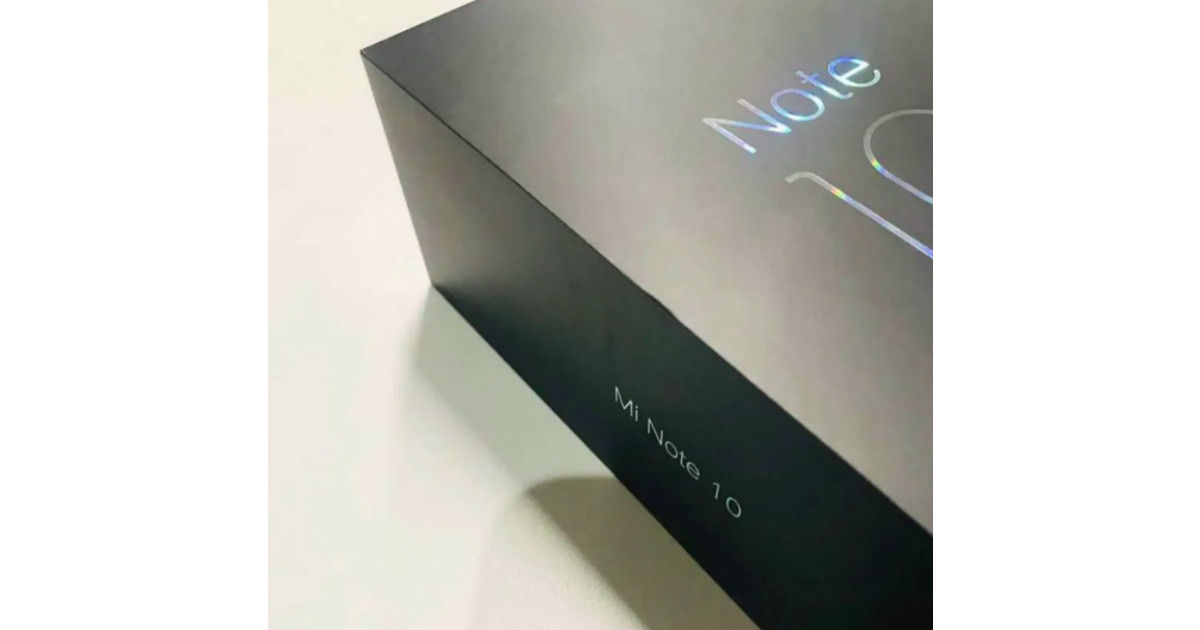 “While the certification does not reveal much, speculations suggest that the Mi Note 10 will be yet another flagship device by Xiaomi.”

Xiaomi is seemingly set to bring back its Mi Note series of smartphones back from the dead, after a hiatus. According to tipster Ice Universe’s post on Twitter, two smartphones under the moniker Mi Note 10 and Mi Note 10 Pro have recently received certification from Thailand’s electronics clearance body, NBTC. The devices in question come with codenames M1910F4G and M1910F4S, which refer to the Mi Note 10 and Mi Note 10 Pro, respectively. The two devices have also been cleared by certification bodies IMDA of Singapore and EEC of the European Union, suggesting that they will be launched across Asia and Europe as well.

Recently, the Mi Note 10’s retail packaging was spotted in the wild, and simultaneously reported by Chinese website, ITHome. Previous reports have suggested that the Mi Note 10 devices would be launched by the end of October. However, since we are already at the end of October, it is likely that the two devices will launch some time next month. However, it remains to be seen what Xiaomi has in store in terms of the device’s launch plans, given that most devices launched in India now come under the Redmi moniker.

Xiaomi will restart the Note series smartphone, and will release the Xiaomi Mi Note10 flagship mobile phone at the end of October.

In terms of specifications, the Mi Note 10 and Mi Note 10 Pro are expected to come with the Qualcomm Snapdragon 855+ processor, and may be suitably equipped with RAM upward of 6GB. Speculations also suggest a 120Hz refresh rate display panel, while the rear camera module may also support 50x zoom, at least going by code spotted in the MIUI 11 custom interface. Not much else is known about the devices right now. However, given the Mi Note lineup’s track record, interested potential buyers may expect to find a larger than usual display size, as well as a big battery with fast charging support. Going by recent trends, the Mi Note 10 lineup may also feature some sort of gaming potential as well.

The previous Mi Note device, launched in September 2017, was the Mi Note 3. It featured the Snapdragon 660 SoC inside, along with a 5.5-inch full HD display, two 12-megapixel cameras at the rear, a 16-megapixel camera at the front, and a 3,500mAh battery with 18W fast charging. The Mi Note 10 devices will presumably be a generational upgrade over their predecessors, bringing in the new generation design language as well, alongside updated specifications. Further official updates are expected to be released going forward, which is when we should have a better idea in terms of how the Mi Note 10 devices are shaping up.