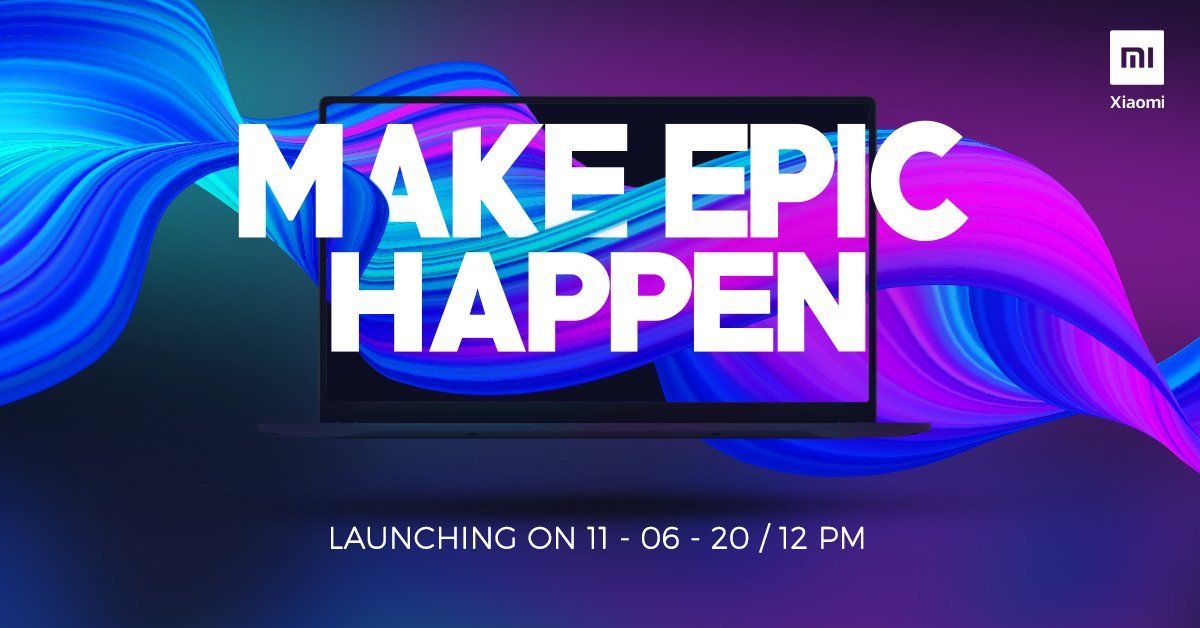 Xiaomi has confirmed that that it will launch the Mi Notebook in India on June 11th, which is in line with what 91mobiles reported on Sunday. The company has been teasing the arrival of its first-ever laptop in the country for the past few days. The company’s Global VP Manu Kumar Jain revealed the launch date in India as well as a few more tidbits. This will be a brand new Mi Notebook that will make its global debut in the country. The Xiaomi chief adds that it will be India-exclusive and a ‘Made for India’ product. The company is yet to reveal the exact model and we will most likely hear about the specifications and price during the launch event, which will begin at 12PM IST on June 11th.

📢 The brand new #MiNotebook will make its #Global #Debut in #India and will be:

No, it’s not exactly what you’re thinking 😇. RT 🔁 if you can’t wait to see it.#Xiaomi ❤️️ pic.twitter.com/IKYkHnSQAk

Is Mi Notebook a rebranded RedmiBook?

91mobiles reported yesterday that the first Xiaomi laptop launching in India could be a rebranded RedmiBook 13, as per a tip by Ishan Agarwal. The tipster shared some marketing material that showed a bezel-less FHD display and Intel Core i7 processor, among other things.

However, Manu Kumar Jain said in his tweet that the Mi Notebook is “not exactly what you’re thinking,” which could mean that the Mi Notebook will not be a rebranded RedmiBook 13. There is no official word yet on the model’s specifications and design, so things are still up in the air. That being said, you should not expect the Mi Notebook to launch with an affordable price tag. The company revealed last week that the laptop will look to attract creators and gamers with powerful hardware.