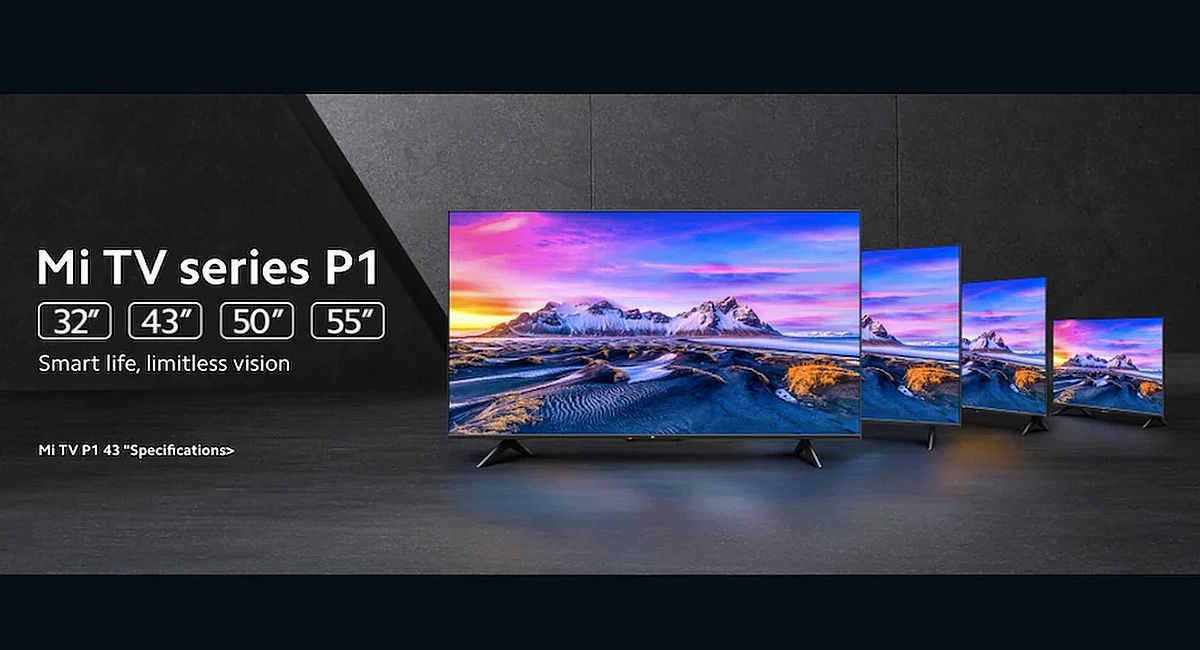 Xiaomi has launched a new smart TV in Italy under the Mi TV P1 moniker. For the most part, it appears to be nearly identical to the line of smart TVs available for purchase in India and other countries. However, the Mi TV P1 does offer some significant upgrades over its peers. It comes in four screen sizes: 32-inch, 43-inch, 50-inch, and 55-inch. The entry-level Mi TV P1 32-inch model, however, comes with fairly watered-down specifications compared to its siblings. The Mi TV P1 seems to be official only in Italy, at the moment, but it shouldn’t be long before it makes its way to other regions.

As mentioned earlier, the Mi TV P1 32-inch variant comes with different specs compared to its peers with a resolution of 768 x 1,336 pixels. It also ships with Android 9 out of the box, while the others ship with Android 10. Then again, this shouldn’t be too much of a bother as there isn’t much of a difference between the two versions.

In contrast, the 43-inch, 50-inch, and 55-inch variants ship with a resolution of 2,160 x 3,840 pixels. All four Mi TV P1 variants are powered by a quad-core MediaTek chipset coupled with 2GB of RAM and 16GB of storage. Xiaomi hasn’t mentioned the panel type used on either model, but we’re probably looking at IPS or VA. Except for the 32-inch version, the others are HDR10+, Dolby Vision, and HLG certified. The TVs come with two 10W speakers that are Dolby Atmos-ready.