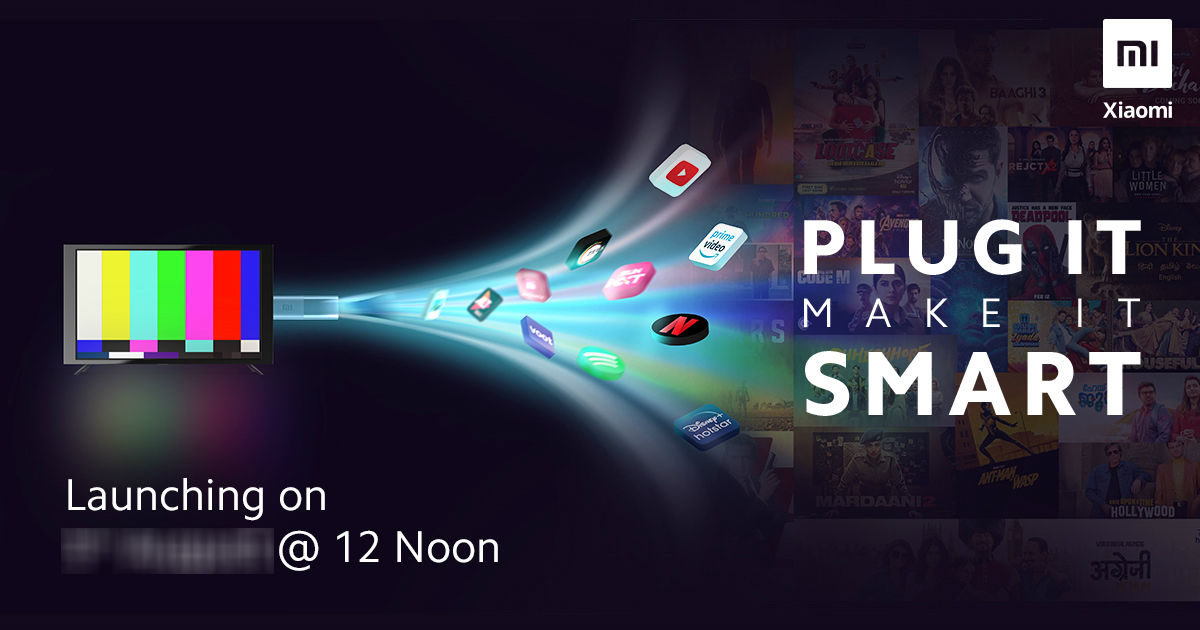 Mi TV Stick India launch has been scheduled for August 5th, as confirmed by Xiaomi on Twitter. The company is promoting the device under the #PlugItMakeItSmart hashtag, which is a big giveaway that it’s indeed the Mi TV Stick that’s launching. To recall, Xiaomi Mi TV Stick was introduced globally earlier this month as a plug-and-play device that can turn your normal tv into smart by bringing support for apps like Netflix, Prime Video, YouTube and much more in Full HD resolution. The Xiaomi TV Mi Stick also ships with Google Assistant and Chromecast to cast directly from smartphones. While the pricing details aren’t revealed yet the Mi TV Stick is likely to be cheaper than Mi Box 4K that was launched in India in May and will compete with the Amazon Fire TV Stick. 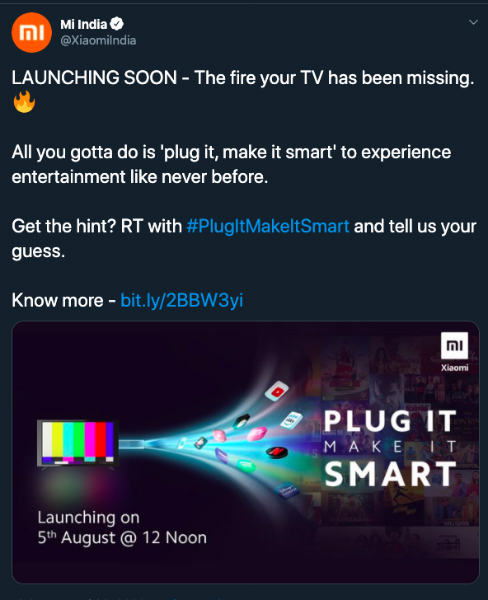 The Mi TV Stick connects to the TV via an HDMI port and boots Android TV operating system. It comes with Bluetooth remote control for navigation and other controls. The device is powered by a quad-core processor coupled with 1GB RAM and 8GB internal storage for apps. As said above, the Mi TV Stick only supports full HD playback, which suggests the company might be targeting the budget segment.

The Bluetooth remote control has Netflix and Amazon Prime Video buttons installed and there’s a dedicated Google Assistant button as well for hands-free voice commands. The Mi TV Stick is priced at EUR 39.99 (around Rs 3,400) globally and comes in just Black colour. We should know India pricing and availability details next week.