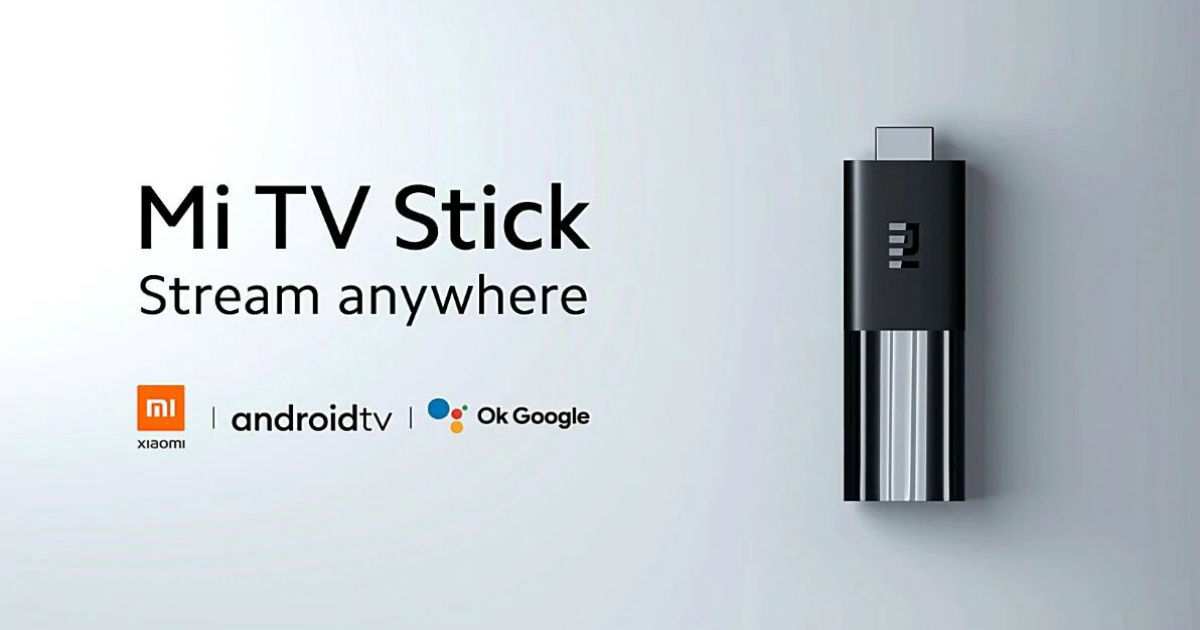 Mi TV Stick, an Android TV streaming device, has been launched in India, a month after making its debut globally. The Mi TV Stick is positioned below Mi TV Box 4K that was launched in India back in May. The streaming stick is a plug-and-play device that can turn a regular TV into a smart TV. It runs on Android TV platform and supports Wi-Fi, Bluetooth, AI voice assistant, Chromecast buit-in, and support for OTT apps such as Netflix, Prime Video, YouTube, and much more. The Mi TV Stick connects to TVs via an HDMI port, just like Amazon Fire TV Stick. Here’s a look at Mi TV Stick price in India, sale date, and features.

The Mi TV Stick India price is set at Rs 2,799, which makes it more affordable than the Amazon Fire TV Stick that is available at Rs 3,999. The Mi TV Stick will go on sale from August 7th onwards via Mi.com, Flipkart, Mi Home and offline retail stores across the country.

The Mi TV Stick comes with Full HD (1,080 x 1,920p) resolution playback support. The device is powered by quad-core chipset coupled with a gigabyte of RAM and 8GB storage onboard and boots Android TV platform with Chromecast to cast directly from smartphones. The Mi TV Stick is accompanied by Bluetooth remote control for easy navigation and other controls such as hotkeys for Netflix and Amazon Prime Videos and a dedicated Google Assistant button as well for hands-free voice commands. There’s support for Dolby Audio and DTS sound format as well.